I’m not going to lie, skiing holidays can be expensive.  But there are ways of saving money and, believe it or not, you can enjoy a skiing or snowboarding trip on a backpackers’ budget.

Although I don’t go every year, I do enjoy skiing and attempting to snowboard.  It’s a great way of keeping fit, of marvelling at some incredible mountain scenery, and of learning a new skill or improving an existing one.  It’s challenging, exhilarating, rewarding, and, above all, a hell of a lot of fun.

So here are my top tips for booking a budget skiing or snowboarding trip. 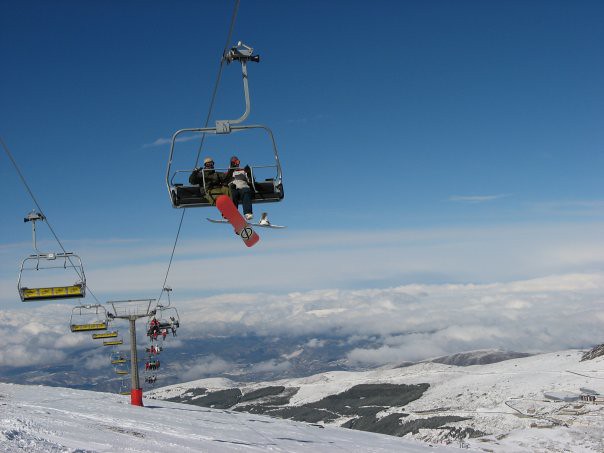 I appreciate that doing so is unavoidable for those of you with children.  However if you don’t have kids, research the dates for school Christmas holidays and February half-term and avoid them; it could save you hundreds of pounds.

#2 You don’t have to book a package deal

Budget airlines like Ryanair and Easyjet have a huge range of flights to many European cities with easy access to ski resorts, such as Grenoble and Chambery (France), Turin (Italy), Salzburg and Innsbruck (Austria), Geneva (Switzerland), and Sofia (Bulgaria). 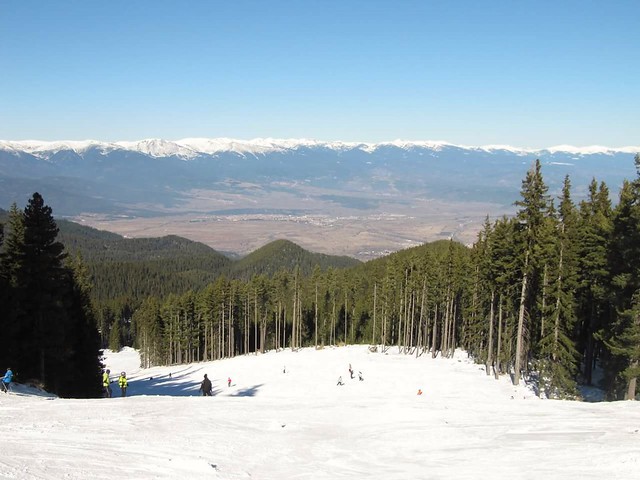 #3 Travel in the shoulder season

You do have to select your resorts carefully (the higher the resort is above sea level the longer it will have snow) but it is possible to ski from November through to the end of April.  I’ve skied in the Sierra Nevada mountain range in Spain at the end of March on some amazing powdery snow, but found lots of the slopes really iced over in January.  Sometimes it pays to go in shoulder season and it’s a lot cheaper too! 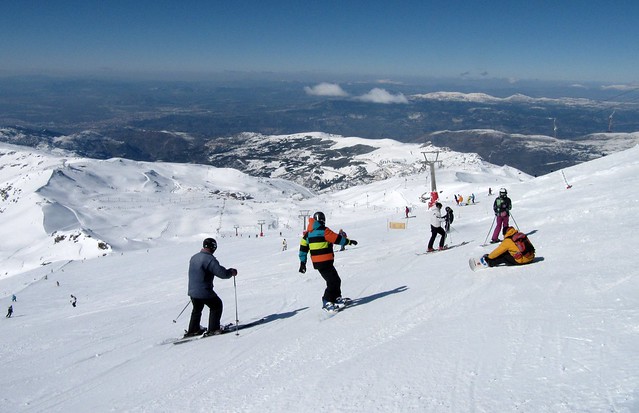 #4 Don’t stay in the ski resort itself

Yes, it is incredibly convenient staying in the ski resort, as it means you can hit the slopes earlier and avoid the crowds.  But it is ridiculously expensive, especially if you want to be within walking distance of the ski lifts.

I’ve stayed in the beautiful Andalusian city of Granada and made the 60-minute journey to the Sierra Nevada ski resort every day.  There’s a regular bus service up to the slopes (which leaves from Granada’s main bus station) that will get you to the resort as early as 9am and leaves as late as 6:30pm.

I’ve also stayed in the traditional alpine village of Bansko in Bulgaria, in a cosy little guest house around a kilometre from the base of the ski slopes.  Even the smaller guest houses and hotels will quite often run a regular complimentary minibus service to the gondolas.  Or if they do charge, it will only be a minimal fee.

Even the supermarkets (well, mini markets really) in the resorts will hike up their prices.  They can afford to because it’s not like their customers have an option to go anywhere else.  My tip would be to bring a few basic foodstuffs with you from home (pasta, sauces, tea, coffee, sugar, savoury rice) and stock up at the supermarket in town when you arrive, before making the journey up to the ski resort. 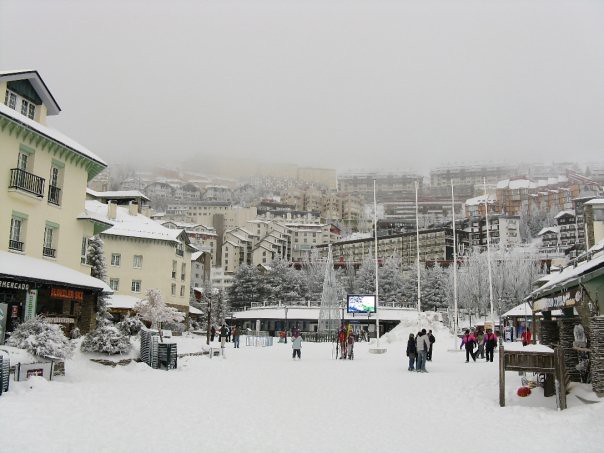 Meribel and Courchevel may well have world-class skiing but they also have prices to match.  Do your research and find some lesser-known resorts to keep the prices down.  Or try somewhere in Eastern Europe.  I’ve skied in Bansko, Bulgaria, and absolutely loved it, and I know others who have had a similar experience in Slovakia and Slovenia.

So what will it cost me for a 7-day skiing or snowboarding trip?

Obviously the prices vary depending on which resort you choose, and the month of year you decide to travel in.  But to use Bansko, Bulgaria as an example, travelling in March and staying for six nights in a small hotel in the centre of the village, here are the sorts of costs you need to budget for:

Taxi from Sofia airport to bus station (and return) – £10

A lot less than you thought?  I thought so! 😉