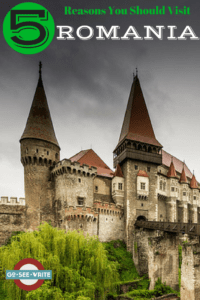 Despite its proximity to Hungary, Bulgaria, and Greece – all of which are popular holiday destinations for those of us living in the UK – Romania has somehow managed to remain overlooked until very recently.  Many people hold false preconceptions (my boyfriend included) that it’s unsafe and difficult to travel there, primarily because the country is in many ways still recovering from the aftermath of communism.

But don’t let this fact deter you from visiting; Romania is a country of fascinating contrasts, as well as being beautiful, affordable, and untouched by mass tourism.  From high mountain ranges and magnificent castles to charming villages lost in time, here are five reasons you should visit Romania.

Travel and cost of living are still relatively cheap

Despite joining the EU in 2007 (the 27th member state), Romania continue to use the Romanian Lei (pronounced “lay”; symbol RON), making it a much more appealing choice for budget travellers in comparison to some of the alternative destinations in central and eastern Europe. 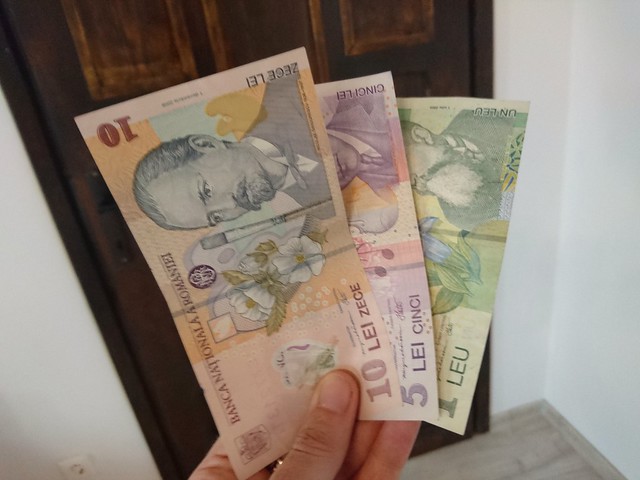 To give you an example, a six-night holiday there (including return flights from the UK, accommodation costs, and train and bus transport between four different destinations) cost us just £210 each.  A cup of coffee will set you back anything from 3-9 lei (56 pence-£1.70) and a pint of local beer 6-12 lei (£1.13-£2.26).

You’ll be spoilt for choice with magnificent castles to visit

Romania is the country of castles. Transylvania alone is home to nearly 200 Saxon villages, churches and fortifications built between the 13th and 15th centuries.  A few of the best are:

Considered to be one of the most beautiful castles in Europe (and quite rightly so in my opinion!), Peles Castle was commissioned by the beloved and well-respected King Carol the First as a result of his love for its beautiful surroundings – the forest-covered foothills of the Carpathian mountains. 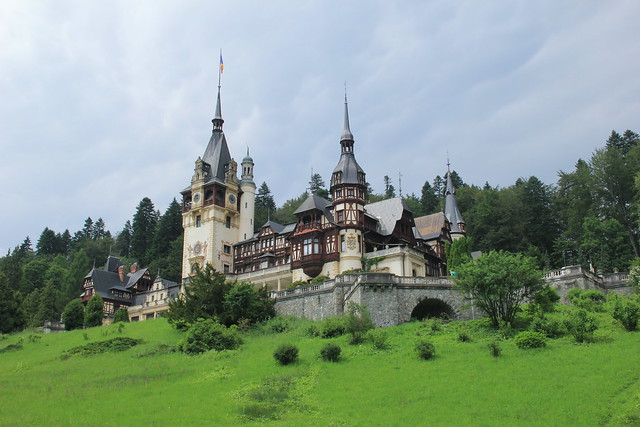 Bran Castle is infamously known as “Dracula’s Castle” because it was supposedly the home of the title character in Bram Stoker’s “Dracula”.  Perched atop a 200-foot high rock, it looks every bit the part, especially when a storm rolls in overhead. 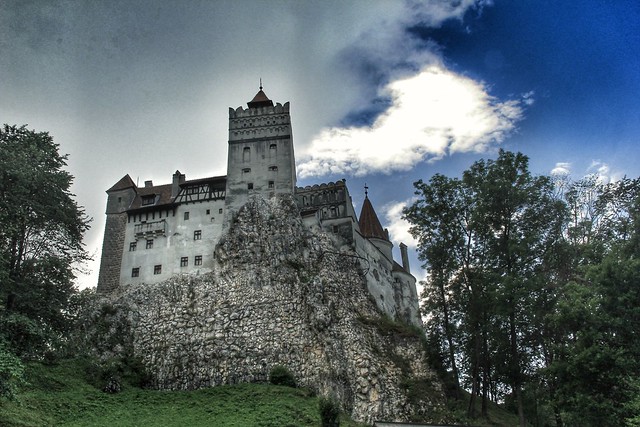 Regarded by many as the greatest Gothic-style castle in Romania, Corvin Castle served as a fortress until the mid-14th century when it became the residence of Transylvania’s ruler, Iancu de Hunedoara. 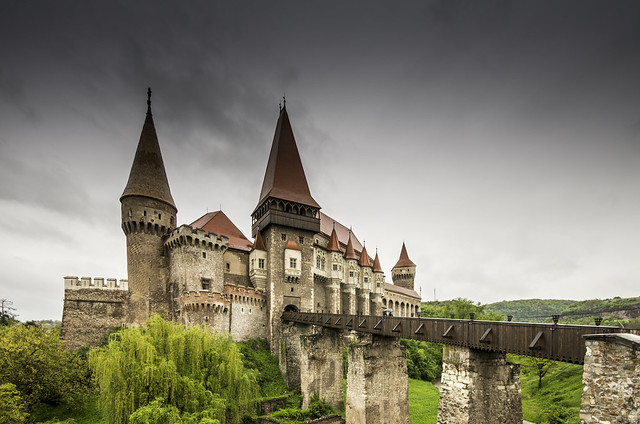 Its capital city is fascinating

Bucharest may not have the same superficial beauty as a lot of other European capital cities do, but it’s fascinating nonetheless.  It’s a place where the past and present co-exist; an interesting mix of beautiful, historic buildings (many of which have been abandoned and remain hidden behind tall walls and overgrown vegetation), communist-era apartment blocks, and modern creations.

There are world-class museums, graceful boulevards, and an abundance of leafy parks.  It’s also a dynamic city with a fantastic underground art culture, some great alternative hangouts, and an emerging high-class food scene. 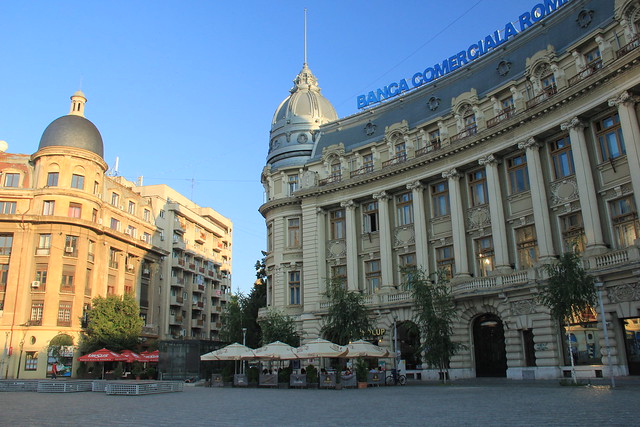 There are some fantastic restaurants and bars

Following on from my last comment about Bucharest’s emerging high-class food scene, well it’s not just Romania’s capital city where you’ll find incredible restaurants and trendy bars – they’ve made their way over to Brasov and Sibiu too!

Don’t leave Bucharest without dining at Aubergine Restaurant (Smardan 33) – where you’ll find a tasty combination of fish dishes and aubergine-based creations.  And while in Brasov, take a walk to Simone (Politehnicii 6) where the friendly staff will serve up some fresh, quality produce in a relaxed atmosphere just on the edge of the city’s Old Town. 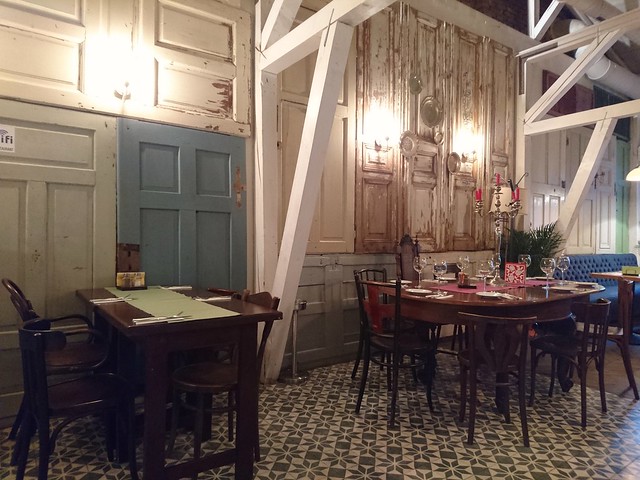 The quality of accommodation will blow you away

We didn’t go for the cheapest accommodation in Romania, simply because I’m kinda done with dorms if I can afford the option of a private room (I value my sleep too much these days, especially when I’m only taking a short trip), however I was amazed at the sort of places we were able to stay in for under £20 a night each. 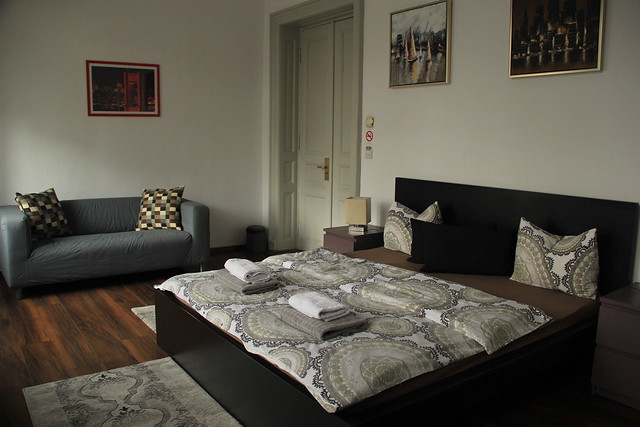 Take this place right on the edge of Bucharest’s Old Town.  For just £13.19 each, we got a massive room (and equally ginormous bed) with windows all across the front and a balcony overlooking the river.  Name me another capital city in Europe that would be able to match that in terms of value for money.

Alternatively, for £15.39 each you can get an entire apartment in Sibiu. 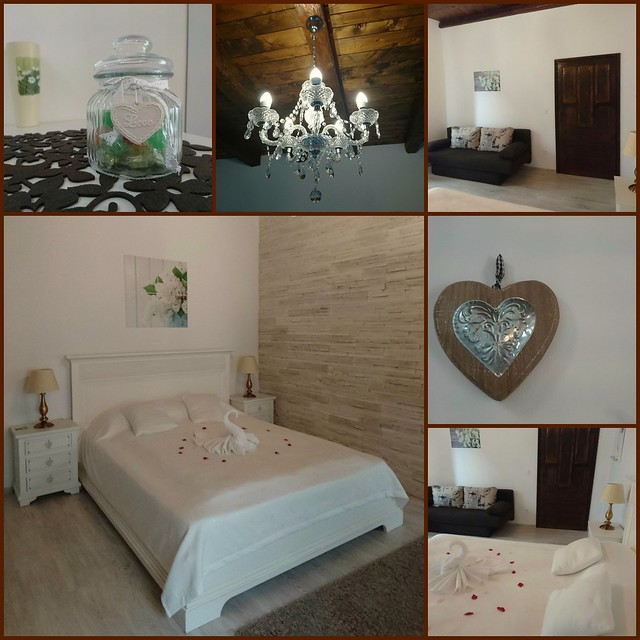 I could continue to wax lyrical about the country’s beautiful accommodation options, about the castles, the history, and the food.  But why not book a flight and go and discover it all for yourself?

4 thoughts on “Five Reasons You Should Visit Romania”