The central capital of Spain, Madrid is a city that is dominated first and foremost by its connection to royalty. Everything regal, expensive, and elegant is right here, making it a cultural heart of sophistication and class to rival Paris in a way few cities do. It’s a well-cared for, well-curated city with lots to see, lots to do, and a history that beckons the curious like a bull to a red cape.

There are plenty of ways to get into Madrid, as connected as the capital is. There trains from Barcelona, Seville, Malaga, and even further afield like Paris and Lisbon. Buses are just as international, leading directly into the metro system of the city. Those seeking the most direct route are going to want to arrive by plane at the Adolfo Suarez Madrid-Barajas Airport. From there, Madrid airport transfers to the city centre are easy to catch and will drop you off to the city’s hotspots or to the metro line every 12 minutes in the day.

The metro is the heart of the public transport system with the second largest metro in Europe, just behind London. Trains and buses work off the same network and ticketing system so once you understand it, it’s relatively easy to get around. Taxis, however, are sparse, and traffic in Madrid might be considered some of the worst in Europe.

The first stop for anyone who wants to see what Madrid is all about is the Palacio Real. A truly enormous palace, it’s the royal residence of the city, though the King of Spain doesn’t actually live there. A stately masterpiece overlooking the river, it offers tours deeper inside where it’s an absolute treasure trove of porcelain, frescoes, china, medals, medieval weapons and much, much more. The spirit of Madrid is very much of the royal family, so it shouldn’t be skipped under any circumstances. 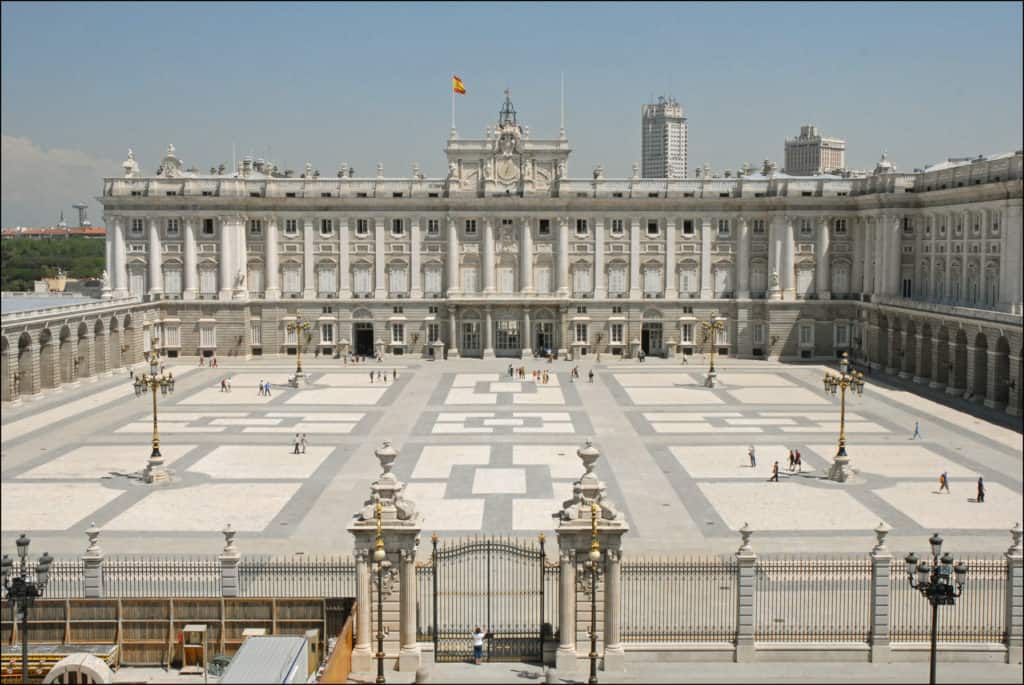 The palace is the historic heart of the city but just ten minutes away is the cultural pulse. Puerta del Sol is the most famous central square of the city and in just the one area, there’s an absolute feast of things to see. The symbol of the capital, a bear eating from a tree, makes an impressive statue right in the centre. It kept in good company by a replica of the Mariblanca, a statue thought to depict either Venus or Diana the Hunter, and the hugely popular King Carlos III, by whose efforts much of the city was improved. On the edges of the square are two impressive architectural wonders, the Church of San Guines, a spot of many a religious pilgrimage that has survived in one form or another since the 9th century, and the Clock of Puerta del Sol, standing proud atop the Ministry of the Interior building. A whole guide could be written around the centre, so we’ll move on.

The Museum Triangle is a must-visit for any history or art buffs. The Museo del Prado contains works from all over, including Goya, Rubens, Botticelli, Bosch, Caravaggio and many more of the European geniuses. The Naval Museum harkens back to the days where the Spanish dominated the seas and were the first to truly explore the New World, including the oldest known map of America. In a similar vein, the Museo de America contains many of the oddities and wonders brought back from the continents, including the Tudela Codex, a book of law for the Aztecs dating the 16th century and a literal hoard of gold treasure given by the Colombian government.

If it’s a view you’re after, then you will find it from the rooftop terrace of the Circulo de Bellas Artes, an artistic venue that offers one of the best vantage points of the gorgeous Madrid skyline. From there, you can see and make a quick trip to many of the city’s verdant parks. Chief amongst them is Retiro Park. Once a favourite hangout spot for young royals, it’s a beautiful mix of lush greens and delicate stonework and sculptures. This Renaissance dream come true is best viewed from the easily-rented rowboats you can paddle along the man-made pond.

As aesthetically enthralling as it is, it’s easy to just get lost in the sights of Madrid and not get much done. That would be a shame, however, as the city has many ways for tourists to play.

As far as retail goes, you’re spoiled for choice. Salamenca and the Plaza Mayor are where you’ll find the freshest takes from the runway. Chueca is the place for more of a mix of bohemian chic with plenty of originals and designer options. If you want to go a little spend happy, then El Rastro is chock-full of clothes, jewellery, records, and much, much more at affordable prices, being the city’s biggest and most lively flea market.

If you want to feel some of the famous Spanish passion, then taking in a flamenco show is a must, with Corral de la Moreria hosting some of the most well-respected and accoladed dancers and musicians in the world. Of course, passion is available in many forms, and a trip to the Santiago Bernabeu is home to the undisputed champions of European football, Real Madrid. Tickets can be very hard to come by, but for anyone into sports, feeling the atmosphere of the arena can be enough. 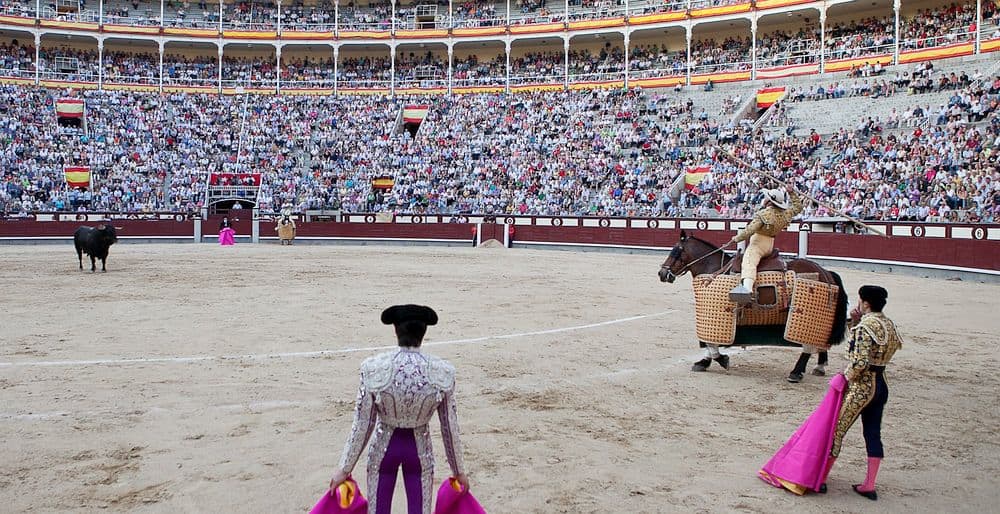 Some find it distasteful, but the Las Ventas Bullring is a historic treasure of the city and home to the thoroughly Spanish passion of bullfighting. If you don’t want to see the main attraction, the history of the building, learned through the tours available, is just as riveting. Otherwise, it’s used as a venue for many concerts and shows.

Unlike some of the other tourist-friendly spots of Europe, English isn’t common here. Younger generations may speak a few phrases, but you’ll be much better equipped working on some Spanish. While smart travelling is always advised, the city is relatively crime free but for some nonviolent pickpocketing. Even at night, CCTV coverage and police presence are strong, so there’s little reason to fear during your stay. Remember to set your watch a little late, too. In Spain, everything happens a little later, especially meals.

Madrid is by far one of the best capitals in Europe, easily rivalling if not surpassing Paris and Rome, and both the jewel in the crown of the royal family and Spain as a whole. There’s simply too much to cover in one guide, so if you want to get the most out of your holiday, do plenty of research, work on that itinerary and don’t be afraid to explore.

5 things to do in Madrid: on and off the beaten path