Without a doubt, there are many fun and exciting things to do in Madrid, Spain’s capital city and the last place I called “home”, but every now and then, it’s nice to take a break from the city life and explore more of the Spanish countryside and smaller pueblos. The area surrounding Madrid is flat, dry, and desert-like. The small towns that appear to have sprouted out of nowhere while driving on the highway outside of the city are a welcoming sight and worth being a detour or destination themselves.

Whether you’re renting a car or taking public transportation, there are a number of fun places to take day trips from Madrid that will make you rethink choosing Barcelona in the popular debate over which of the two cities is better. 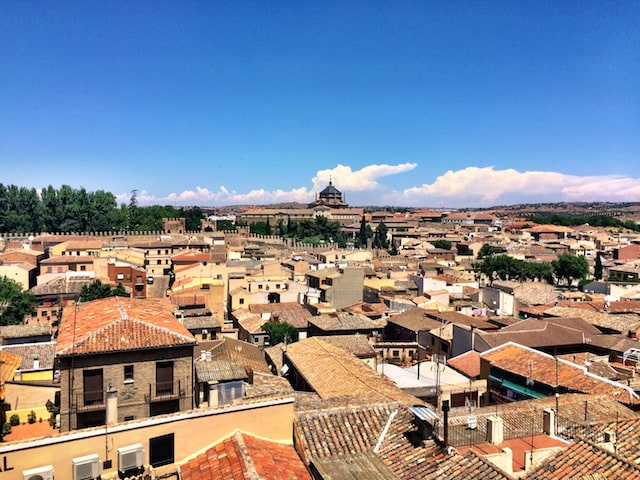 A UNESCO World Heritage Site, Toledo is one of the most popular day trips from Madrid. Toledo is small, but packed with a history in which Muslim, Jewish, and Christian cultures once coexisted. Now, Toledo is known for its stunning old buildings, castle, and El Greco art museum. 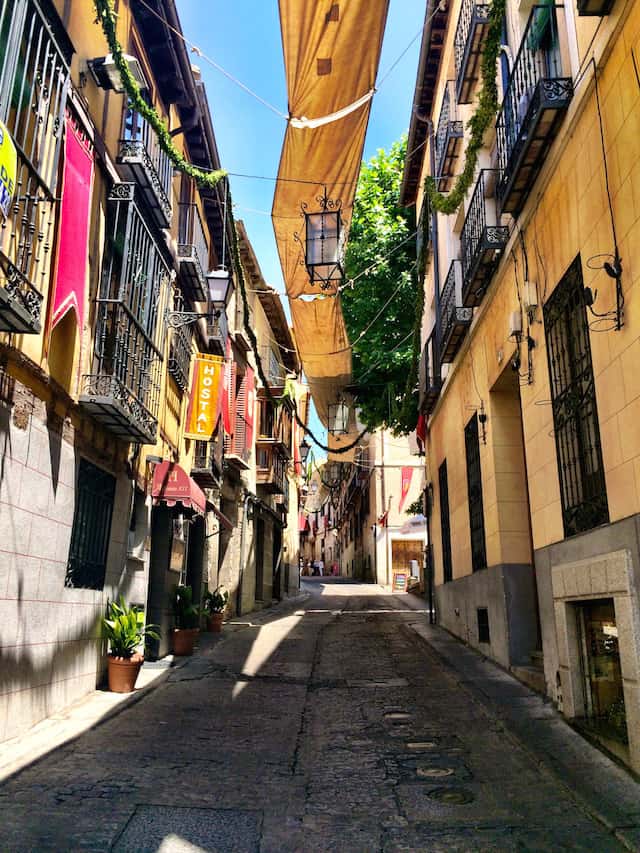 Walking around Toledo, I felt like I was back in the days of knights in shining armor and damsels in distress. Every corner has shops with swords and other bladed weapons on display and flags hung from every balcony as the Corpus Christi celebration was approaching during my visit.

Walk up to the viewpoint on the far side of the Tagus River overlooking the town and don’t forget to bring some of Toledo’s famed cookies for the trek! 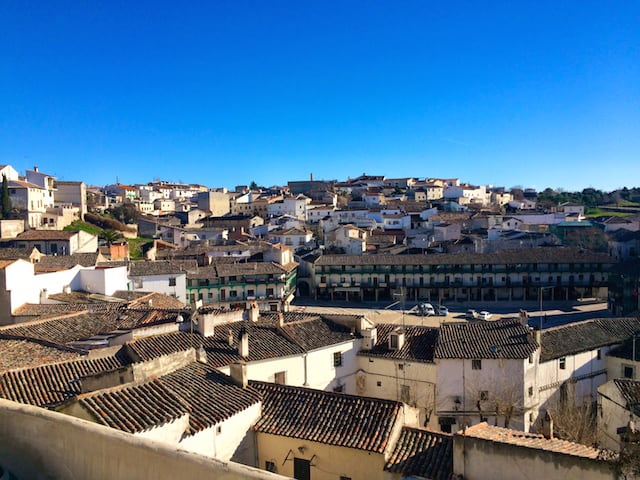 If one of my friends hadn’t already been to Chinchón, I would have never heard of it or thought to visit. Complete with an old bullfighting ring right in the center of town and old medieval castle, Chinchón is exactly what a little Spanish pueblo is supposed to look like. Located southeast of Madrid, this small village is the perfect quiet escape from city life. 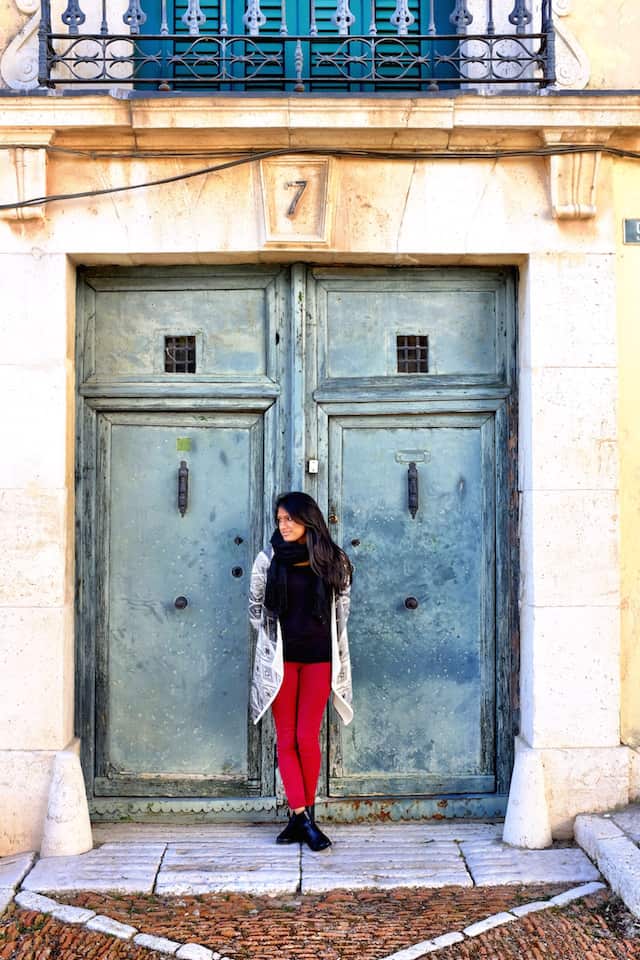 After strolling around the cobblestone streets, stop for a meal in any of the restaurants – they are all guaranteed to be delicious. In true Spanish fashion, the meal will take longer than you expect but it won’t matter because the food is so good. Enjoy a glass of wine that’s aged in clay pots in caves and anisette, an anise-flavored liqueur. The bus ride back to Madrid might feel a little hazy, but the cultural experience is worth it. 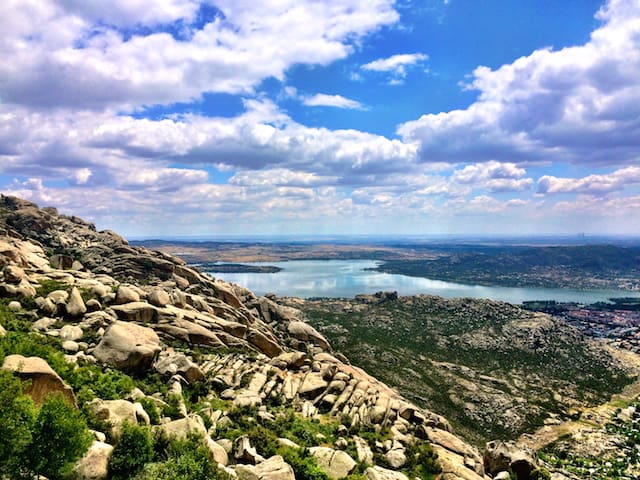 A short trip northwest of Madrid to Manzanares el Real, the boulder field La Pedriza is the place to go if you’re looking to spend some time in nature. Consisting of huge granite rocks along the river Manzanares, La Pedriza is strikingly beautiful and fun to explore. You can swim, rock climb on hundreds of climbing routes, or get lost while hiking like I did. From one of the peaks, it’s even possible to see the Madrid’s four skyscrapers from afar. 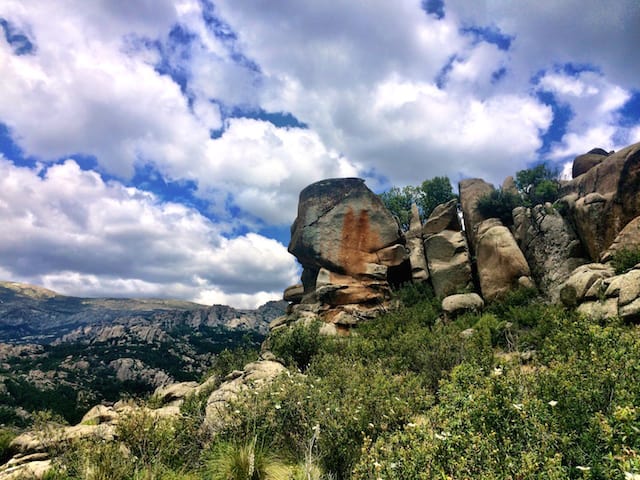 Don’t be fooled; the ascent isn’t too difficult, but the descent can be quite slippery and sandy. 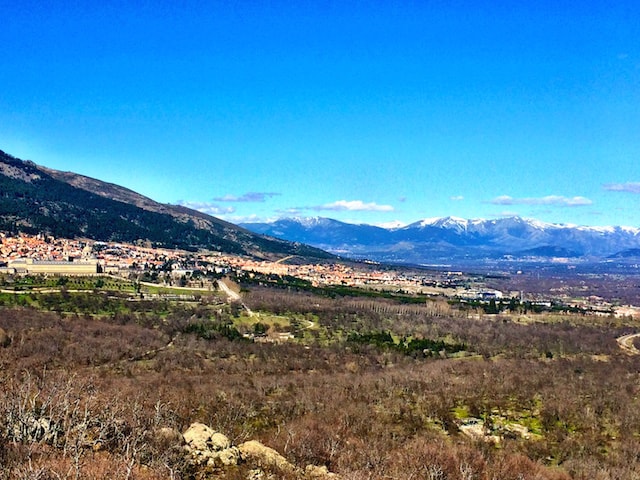 Another great place for rock climbers, El Escorial is a very popular day trip from Madrid. Also a UNESCO World Heritage Site, El Escorial is mostly known for its beautiful monastery and the Valley of the Fallen, the burial site of Spanish Civil War soldiers and Francisco Franco.

El Escorial is the first place I went bouldering. It was difficult and intense, but climbing the rocks outside the town was incredibly rewarding, and a great workout!

Along with Toledo, Segovia is widely known as one of the most popular day trips from Madrid. Its stunning Roman aqueduct draws international visitors visiting the Madrid area. Like many Spanish towns, visiting the Alcázar, cathedral, and old Jewish quarter display Spain’s intricate architectural feats and will transport you back to simpler times. 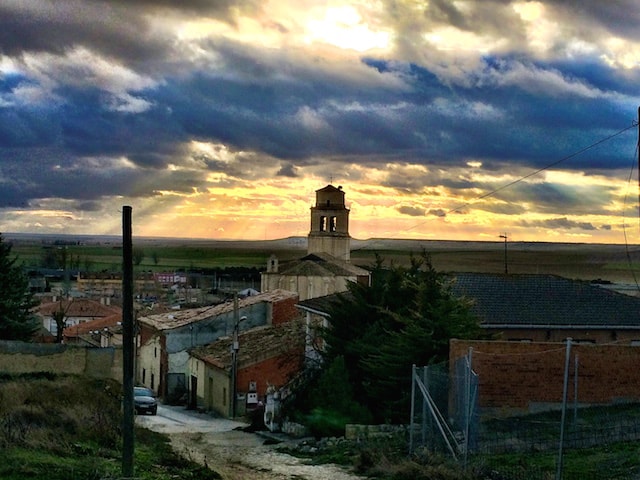 If you’re renting a car, stopping at small and random pueblos is one of the best day trips from Madrid. There are many small towns that are nearly uninhabited, mostly because the town is used for farming and it’s only inhabited during the harvest. On a road trip to Asturias, I stopped at many small villages that had populations in the hundreds, but the old churches and weathered architecture were so much more interesting than some of the most popular tourist sites. Driving on the main highways to or from Madrid, many small pueblos are just waiting to be discovered. 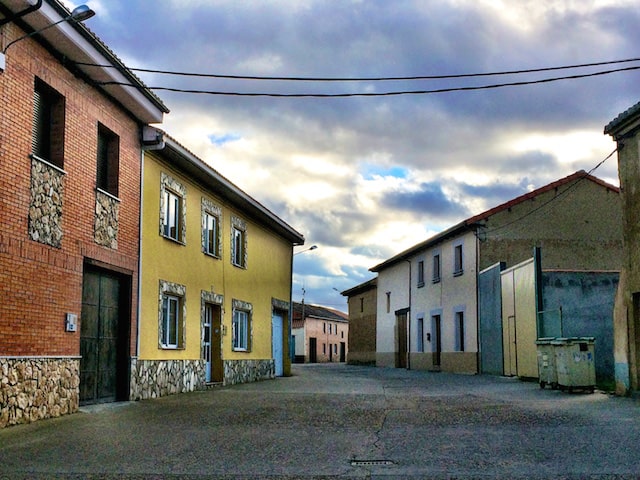 5 things to do in Madrid: on and off the beaten path

7 Tips for Being a Tourist in Your Home City