If there was one city in the world that could win a prize for the most staggering transformation, Prague would definitely make the shortlist. Just two decades ago, this was a city struggling to come to terms with the grip of communism and a bubbling current of political unrest. Today, it’s a vibrant urban gem, which holds its own against perennial bucket list favourites such as Paris, Rome and Barcelona. If you’re planning your next city break, look no further than picturesque Prague.

What to see and do

There’s a huge amount to see and do in the Czech Republic’s enigmatic capital, so come armed with a rough itinerary. Highlights you won’t want to miss include: 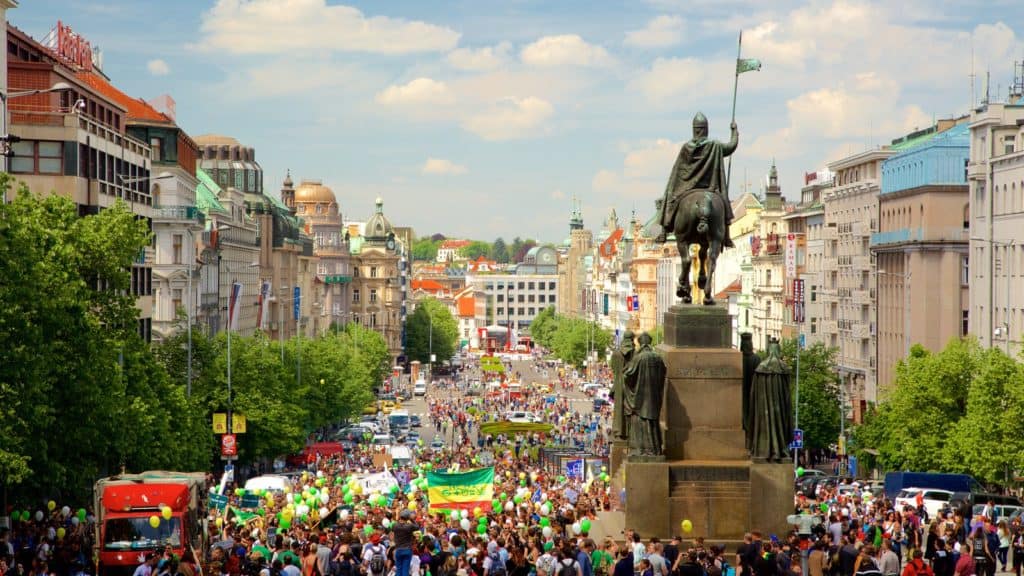 Number one on most tourist itineraries, Wenceslas Square is one of the most iconic squares in Europe. Flanked by restaurants, shops, bars and clubs, this is the hub of the new town, and there’s an energetic atmosphere no matter what time of day you arrive. From Wenceslas Square, you’re never too far away from the next attraction, and it’s an excellent place to meet friends, grab a drink or even watch the world go by. At the top of the avenue, you’ll find the National Museum, which is adjacent to Prague State Opera. In front of the museum, you’ll spot the statue of King Wenceslas, the patron saint of the country, aboard a trusty steed. The imposing museum houses an impressive collection of scientific exhibits and historical artefacts.

Charles Bridge is one of the most iconic sights in Hungary, and if you’ve ever read guidebooks or seen postcards, it’s likely you’ll have come across this spectacle before. Even if you’ve seen snaps, you won’t be disappointed with the real-life version. Spanning the Vltava River, the bridge is one of the city’s most visited landmarks. Construction started in the 1350’s after Judith Bridge was severely damaged by floods. The bridge is adorned with a series of baroque statues and structures, which date back to the 17th century. Most tourists stop to take pictures of the statue of the martyr, St John of Nepomuk. Over the years, it has become customary to touch the statue for good luck.

Prague Castle is one of the largest castles in the world. Built in 880 by Prince Borivoj, the original structure has expanded significantly over the centuries and now spans more than 18 acres. It’s well worth taking a guided tour if you’re interested in the history of the castle and setting aside a day to explore. The complex of endless spires, towers and turrets is vast, with museums, royal gardens and galleries on offer. As well as housing an amazing collection of artefacts and treasures from the past, the castle also provides spectacular views of the city below. 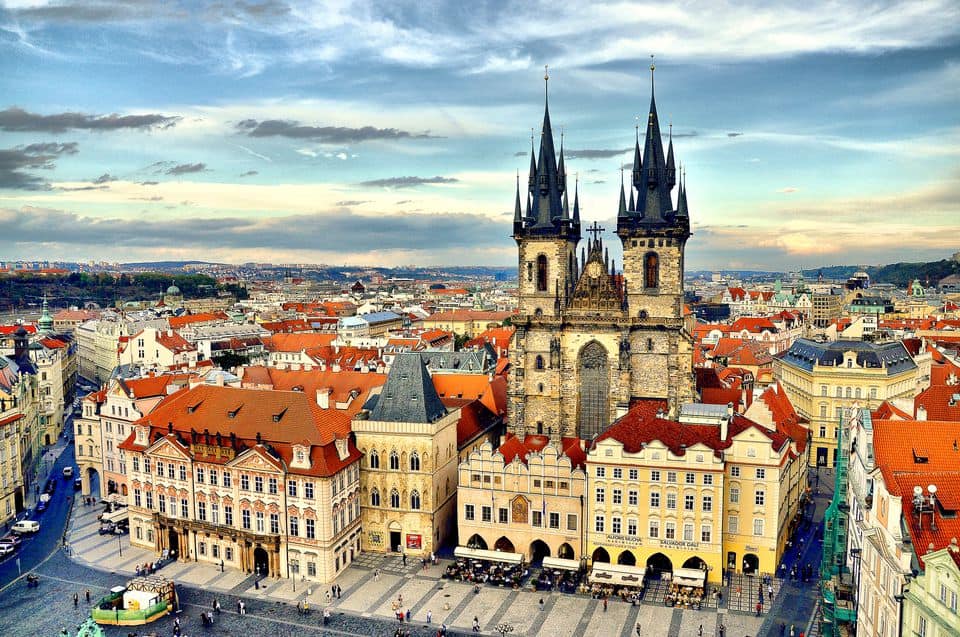 Prague is an exuberant, lively city, which blends old and new seamlessly, and it’s wonderful to discover both sides of the city. Old Town Square is an ideal base to wander around the charming streets of the traditional part of town, which are packed with street performers, musicians and artists. The rust red roofs and old stone buildings are visually striking, and the square oozes charm. The square is particularly lively at Christmas when market stalls decked out with handmade crafts, artisan foods and award-winning beers attract visitors from all over the globe.

Getting around in Prague

The first thing to do when you touch down in Prague is work out how you’re going to get from the airport to your hotel. You can jump in a cab outside the airport or look into Prague airport transfers to city hotels before you travel. You can book both private and shared transfers online in advance, which will save you time at the airport. Another option is to take the bus. Regular services run from the airport to the city’s main train station, Hlavni Nadrazi. Once you get into the city, the best way to travel is by foot. You can soak up the atmosphere, you don’t have to worry about traffic, and you’ll save money. If you are taking a longer journey or you need to save time, hop on the metro, tram or bus. There are also taxis around every corner.

If you’re keen to make the most of your time in Prague, it pays to plan ahead, but it’s also a good idea to leave some time to wander at leisure. If you’re eating or drinking, avoid the main tourist tracks, as prices tend to be much higher and the quality of food may not be as good. It’s always a good sign if you see places packed with locals. It’s easy to get around in Prague, and you can walk between most of the major landmarks. Taking a river cruise is a lovely, relaxing way to see the city. Keep your valuables hidden or leave them in a safe at the hotel. Although Prague is a relatively safe place to be, tourists can be an easy target for pickpockets. During your time in Prague, make sure you embrace local customs and traditions. Try the local ales, sample delicacies like potato soup, fruit dumplings and apple strudel and don’t be afraid to explore areas that aren’t featured in every guidebook. It can get very cold in Prague, especially in the depths of winter, so don’t forget to pack plenty of warm layers if you’re visiting between October and April. Temperatures reach a very pleasant 20 degrees in the summer.

If you’re searching for a perfect city break destination, have you considered Prague? This beautiful city offers an abundance of impressive sights and attractions and foodies and beer lovers will be in their element. If you’re looking for history, art, culture and the opportunity to indulge in pastries, ale and hearty, rustic meals, this is the place to be! Take a walk along the quaint streets of the Old Town, soak up the enigmatic ambience of Wenceslas Square and take a trip back in time at Prague Castle.

Prague Boats – Come for the view; Stay for the food.