This afternoon, I was watching some kids run around and play in the way that only small children can – without care, without thought, without worry.

It reminded me of conversations that I have had with my married-with-children friends about how much they enjoy rolling around and playing with their kids (when they aren’t whining, crying and otherwise doing what they can to destroy what little sanity we all have left by mid-life).

Although I believe that we all think we can still play like children, especially when we actually are playing with our own kids, I just think that we are fooling ourselves. Even when you are running around chasing your kids around the house, or playing hide and seek or rolling in the freshly cut grass, the true reality is that we are all adults. With responsibilities. Bills. Mortgages. Jobs (well, most of us).

I think we all like to think that being around kids brings the kid back out in us, but its part-reality, part-mirage. The reality is that being around carefree kids invariably makes you smile and feel better about things – its hard not to be a little contagious. That part is not to be ignored. Hell, I feel it, and I don’t have any kids of my own. . . that I know of.

What I was wondering today, while watching these particular kids play was what I did in my life that most closely approximated ‘play.’

Well, I thought that and also thought that if I was back in the U.S. watching kids play in a park like I was that my danger-obsessed/constant-crisis/fear-driven fellow Americans would have probably called the cops.

For me, the closest I think I come to ‘playing’ is photography. Its certainly not ‘play’ in any typical sense of the world, but I think on those days when I just wander around, almost aimlessly, taking pictures of people and things, it is as close as I get these days to being mindless.

Mindless in the best sense of the word.

So in the honor of the playing children and the parents that didn’t freak out and call the police, I thought I would post my favorite pictures from this trip, so far. I’ve taken thousands upon thousands, but I’m going to scroll through for an hour or so and choose out some of the ones I like the best.

I am going to make myself a coffee table book at the end of the trip with my best pictures. If you see some that you think need to go in it, I’d love your input via comment here or email.

p.s. Side note that may only be amusing to me. I just sat down in a café in Berlin to write this blog, ordered a glass of red wine, and when the waitress asked me if I would like to see a menu said: “That’s OK. You just choose something for me.”

I’d like to say that I do that – which I do occasionally, when in a good mood – because it is a good way to get is whatever is the best dish. In reality, I think I mostly do it to see the expression on the waiter/waitresses face.

Without further ado, some of my favorite pictures, so far, on this trip:

starting with the one I think is my favorite so far 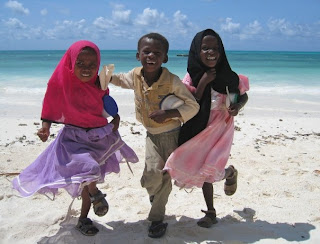 5 thoughts on “Playtime and Favorite Pictures from RTW Trip”