So, I was recently getting fairly drunk on some pretty good red wine in French café in Berlin and the note above was what I jotted down. My journal is going to be absolute gibberish to anyone but me. 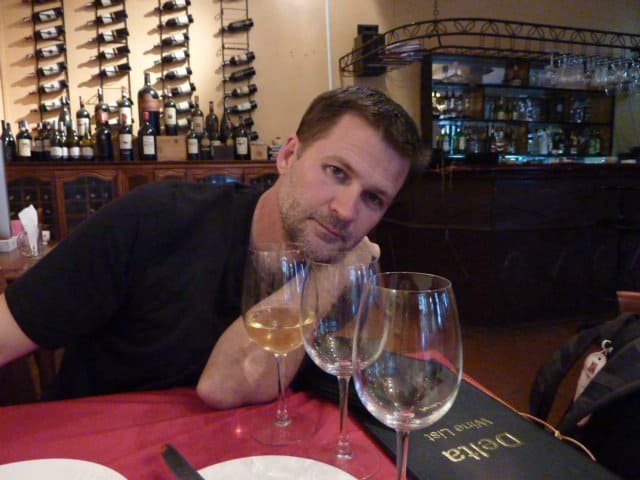 Not sure if I have mentioned this before in the blog, but I am semi-psychotic about rating all the songs on my iPod. The ratings are on a simple one-to-five star basis and then mean absolutely nothing, except that your four and five-star songs get automatically put on a play list called “My Top Rated” on your iPod. I should preface this by saying I have 7,789 songs on my iPod. My top rated play list is currently at 1,738 songs.

I say currently, because I haven’t rated all the songs on my iPod, though, as I said, I am semi-psychotic about doing it. So, I fairly regularly will run through some albums or artists that haven’t been played in a while, just to rate songs that are not yet rated, even if I don’t really want to listen to them at that particular time.

I also regularly debate, and change, ratings on songs that I have previously rated, some times bumping them up from three to four stars to get them on the list. Some times knocking them from four to three and knocking them off.

Even more oddly, sometimes I have a long internal debate about changing a song from a four to five star or vice versa. . . although that has absolutely no difference in meaning for any practical reason at all. But I am sorry, if a five-star song on my iPod is an honor not to be taken lightly.

Is that only semi-psychotic or all the way around the bend?

If it’s not all the way ‘round, I think I might be able to see a curve in the road.  Though it is important to not that music does play major role in my memory.  And not only from some of the great concerts I have seen.

To make a long story short (“too late!”), that is what I meant by the ‘Great music – as we all think’ note. For those of us that love music and have rated songs on our iPod, randomly playing songs off your top rated list invariably at some point causes you to stop, look up and say to no one in particular:

“I have great fucking taste in music. My iPod rocks.”

Of course you do – you self-rated the songs. And this was after you bought them or ripped them to your iPod in the first place. Not exactly shocking that you’d think your own music is fabulous, but I think I’ve said that to myself, while my iPod is on random mode on my top rated list, at least a hundred times on this trip.

And yes, I do have great fucking taste in music.

The San Juan del Sur reference was a couple nights out of the month that I spent there in December of 2007 and January of 2008, where a variety of odd things and people popped up in my life.

There was a nice restaurant in town owned and run by a couple in from Northern California. The food was good, though expensive for Nicaragua, and I really enjoyed their company. She was in her late twenties, and a very outgoing, talkative hippy (though not in appearance) who was the bartender, main waitress and hostess. He was in his mid-30s and a quiet surfer and more importantly, the head chef.

San Juan del Sur was the first time I’d ever been in a town where the power completely went out in the entire town. It happened four or five times in the month that I spent there. Two of those nights were spent in this particular restaurant. As in all locations subject to power outages like this – as I have learned on this trip, being that I’ve been in many more of them – a good business is prepared with its own generator. They, of course, had one. 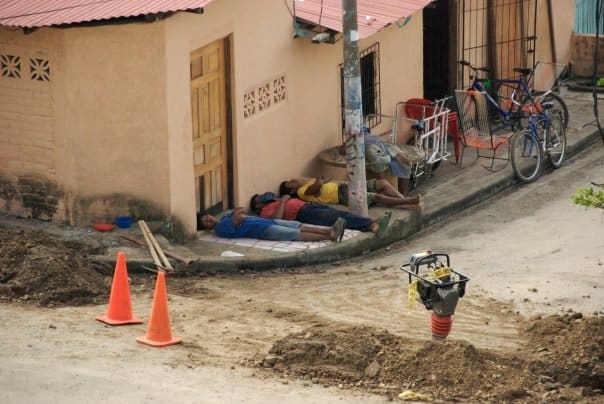 For some reason both nights, the power going out signaled some internal signal in the three of us that it was time to party. Both nights, I ate dinner up at the bar, read my book by candlelight, and occasionally talked to Claire, when she wasn’t running around. John would occasionally come up in down moments and chat a bit. I let the both of them order not only my meals every time, but also my drinks.

I think Claire took it as a personal challenge to get me wasted. That particular Olympic routine had a very low degree of difficulty, but even the Russian judges gave her good marks.

Side note: as I was just typing this, ‘London Town’ by Wings just got bumped down from four to three stars. Sorry, Paul, you lost one song off the top rated, but I still love ‘ya. Next song up is ‘Personal Jesus’ by Depeche Mode. Solid five stars. Time out while I sing along and freak out some Germans on this train.

OK, so after dinner both nights, the customers would slowly file out as I continued to drink at the bar. When everyone in the place had finished eating, John would close the kitchen down and come up to have some drinks with Claire, me and a few others that had stuck around to beyond the bitter end. Eventually, a few other of their friends that worked in other local restaurants also wandered in, until the total crowd was about seven or eight or so.

I have no idea how it started both nights, but I do seem to recall that it was John’s idea that he and I would have a “Battle of the iPods.” And so we did. The emphasis was on 80s music, because after a dozen drinks, that genre fits the mood for most everyone and he and I had grown up with that music. Bonus points for one hit wonder songs, which was a deep field to mine in the 80s. One iPod got plugged into the stereo for a bit. Then the other. Wine. Drinks. Music. Everyone telling their stories that the songs would pull up from depths of their memory banks. At this point in the drinking, some of the stories were even uncensored.

Both of the iPods gave it their all. And both preformed with aplomb. I must say that he also had great fucking taste in music.

While those two nights would have been memorable if they’d just ended at that point, neither night did. At about two in the morning both nights, their generator ran out of gas and the power finally gave out. He suggested both times that we relocate down the street to an after-hours, all-night, locals disco. The place was about 40 feet by 20 feet. One-third was the bar, one-third was the dance floor and one-third had a few tables and places to stand.

The music came from an iPod plugged into the stereo. There were about twenty-five people drinking and dancing when we walked in the first time. He and I walked up to the bar to order some beers, he reached over and grabbed the iPod they were using over to the two of us and turned to me.

“You ready to take the battle to the people?”

6 thoughts on “Notes from a French Cafe from Berlin”