I am totally running the risk of upsetting the travel karma gods.  I have more faith in the travel karma gods than any other variety out there, but I’m sure to annoy those varieties also.  But I shall run these risks and write about last night and this morning, because it was the single worst night I have yet had in a dorm room.

So take this post as my confessional.  Judge.  Condemn.  Consider me a bad person.  I care not — I will take my bad karma as it comes.

A couple days ago, I flew (damn it) back from Tobago to Cartegena, Colombia. Last time through here, I didn’t take a single picture and the colors in this town deserved a return visit where I’d get off my ass and take a few hundred photos. I had that opportunity this morning, under the good early morning light, because my frickin’ dorm mates woke me up last night at 3:30 a.m. and I never got back to sleep.

Last night, I was staying in a ten-bed dorm. I went to bed around midnight.  There was one other person in the room at that time, a guy sleeping in a bed adjacent to mine. The air conditioning was on, the room was nice, cool and quiet and I went to sleep quickly on one of the better beds I had laid down on in weeks.

Until 3:30 in the morning. In barged the other eight denizens of our little haunt. On went the overhead lights. They were drunk, of course. Laughing. Talking. Hell, they were screaming to each other. They milled about, told jokes to each other in German (sounded like German, or at least some language in that guttural genre) and basically were rudest and most inconsiderate people you can imagine in a dorm room.

After about 15 minutes of it, I looked at my alarm clock and verified it was indeed the middle-of-the-fracking night, and politely said, “guys, its 3:30 in the morning, could you please turn the light off and let us sleep?”

They laugh. Literally. They laugh. One of the girls says — I’m sure she thought in her quiet voice, but loud enough for the people in the next room to hear, “we pay for this room also — light stays on.” I took a little German in high school and college and could have sworn that I recognized another guy, more quietly, swearing at me.  The German F  Bomb.

Over the next 45 minutes, I ask multiple times for the lights to go off. No luck. Finally, one of the German guys starts telling the others, after an hour of the teutonic sound and light show, to quiet down and turn off the lights. One of the girls told him she isn’t ready for bed yet, as she stood there putting on moisturizing cream or something on her face — a beauty product that didn’t appear to have done much good up to that point.

I gave up. It was 4:30 in the morning. I wanted to get up at 6 or so and get the early morning light for photographs anyway. I grabbed my computer, went to the front desk and told them I wanted to change rooms, brewed a pot of coffee and hopped online for a bit. Fuming. And quickly decided that I was going to have some revenge, which is where the confession comes in.

The two girls had left their shoes outside the dorm room. I went back and took them. Then this morning, I gave them to some homeless people in town. Was this a bad thing to do? Guess so. Do I feel bad about it? Not at all. Screw them. This wasn’t a mild breach of the hostel and dorm rules — this was a full-out front assault.

I strongly contemplated taking any cell phones they left out to charge overnight and place a few dozen international calls around the world before they woke up.  Fortunately, or unfortunately, none of their phones were lying around when I went in to collect my stuff at 6 this morning. 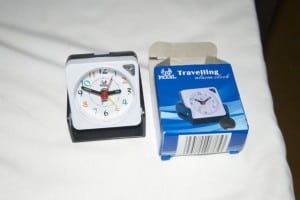 And I don’t think I am done yet. I believe tonight is their last night in the hostel and they will be the only eight in that dorm room. I am going to go buy a loud alarm clock and a padlock this afternoon. When they leave the room to go eat dinner, I am going to set the alarm for 4:30 a.m. and lock it in one of the lockers in the room.

Generally, I consider myself a go-with-the-flow kinda guy. It takes a lot to get my fuse lit. But it is on fire now and I haven’t been this pissed in a long, long time.

Think of me what you like. I am certain that many, if not most, of the comments on this little diatribe of a post are going to be more than slightly negative. Yes, I took someone else’s property and yes, there were likely better ways of handing this situation.

I’m not sure I care — these people are dorm room scum.

‘O yea, and by the way, I did take a few hundred pictures, so there will be a photo album of Cartagena soon.  Here is one of them. 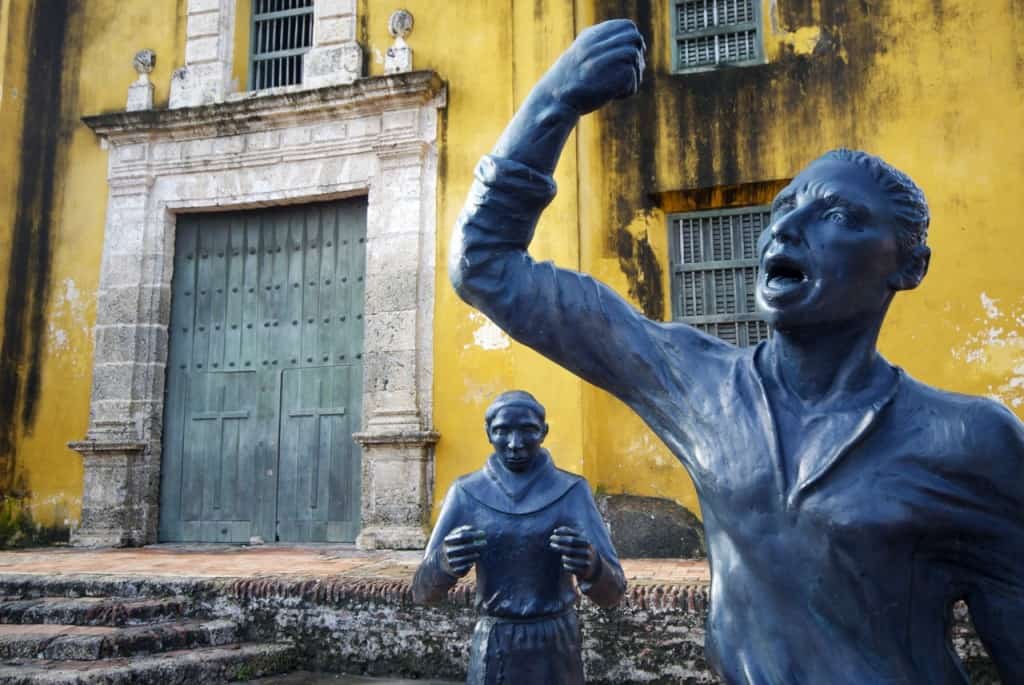 this is me ranting and raving, with a nice priest asking for forgiveness on my behalf in the background

The Hostel Rules and the Dorm Rules

You Think You’ve Stayed in Bad Hotels? Check this one out in Colombia!

110 thoughts on “Worst Dorm Night Ever… and my Revenge”