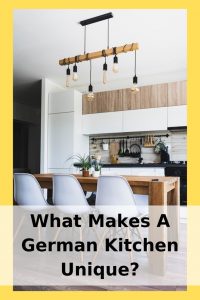 You may be stunned to read this, but after living in Germany for 4 years, I have discovered that Germans do things differently than you do in the United States and the situation with a German kitchen when you are buying or renting a house there is just one of them — but it is a big one.

Why are German kitchens so odd for an American like me to get used to?

When you buy or rent a home in Germany, you should have no expectation that a modern German kitchen is included.  There is a room that you could use as a kitchen.  That room may have a few old cabinets and a sink, but mostly, it will be a completely empty room with electrical outlets and plumbing hook-ups (at least you know where the sink is supposed to go I guess.)

Ummmm, weren’t there supposed to be appliances there?

Yes, your “kitchen” will most likely have nothing at all in it.

Oftentimes, they last owners have not only taken all the appliances, but also the counter tops, light fixtures and literally every single thing in the room.

When you rent or buy a place, you have to go out to a kitchen store and buy a custom kitchen to fit into the kitchen room of the place you are renting.   I still have a hard time getting my head around this — why people take custom made kitchens away from the room they were custom built to fit in when they move…they aren’t going to fit in their new kitchen, but they take them anyway.

Who was the first moron to rent a house with no kitchen and be happy about dropping a few thousand euros buying a kitchen for house he didn’t own?

It is simply the dumbest rental system I have ever encountered.

What to expect when you buy a house in Germany

Imagine this, you are moving to a new city for a job, school, love and you begin your apartment search.  The first place you go is in a great location, good size, affordable price; you go to look at it and when you get to the kitchen room, there are 4 walls, a few outlets, a whole in the floor for the sewer and 2 water lines coming out of the wall.  The real estate agent tells you that if you want a sink, stove, german cabinets, that you will have to go buy them, whether you want a discount german kitchen or designer german kitchen. 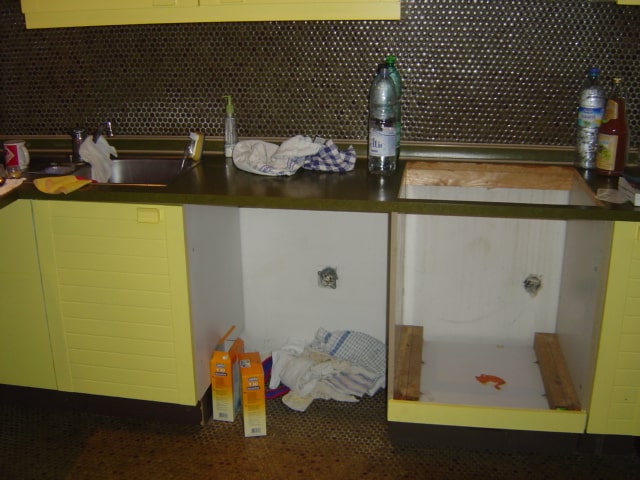 My wife and I, in a brilliant financial move that has brought us to the brink of bankruptcy on a few occasions, bought a house while in Germany.  As is the norm, the kitchen was largely absent.  Our kitchen room actually still had all the cabinets and a sink, which was a total surprise, but they were at least 30 years old and the most hideous shades of puke green, fecal brown and bile yellow.

In fact, I startled the real estate agent a bit when I dramatically hit the counter top with my fist and loudly declared,  ”this kitchen has to go, all of it.  The tile, the cabinets, the counter tops are awful.”  The Germans have a fairly reserved nature; I don’t… even by American standards.  So the long and short of it is that we eventually bought our little slice of Bavarian heaven and began the process of fixing it up so we could move in.

How does a foreigner buy a modern German kitchen?

The first and foremost project was the kitchen.  As you might imagine, the German retail kitchen market is very healthy and we had seen numerous kitchen stores in the previous 2 years.  So we knew where to go, but not exactly how it worked.

Was it IKEA-style, cash, carry and assemble?  Full service?  We choose and they do all the ordering, measuring and installing?  What sort of kitchen systems are needed? Do we order the european kitchen in one store, or do we have to go somewhere else for the fridge, stove and dishwasher. Or in Germany, are we talking about a nobilia kitchen, an odina kitchen, a siematic kitchen, or a poggenpohl kitchen.

As an aside, German shopping is very compartmentalized.  Besides the, one, large Wal-Mart style store (much smaller) for the most part you still go to a butcher for meat, bakery for bread, an electric store for electronics and a drink store for drinks (true story, called a getrankemarkt everything from from beer and wine to sparkling water and juice). 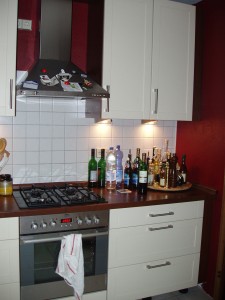 After looking at a few stores and a variety of kitchen brands, we decided to buy our new kitchen from a national chain named Kuchen Treff because we loved the quality of the company.  Now, another oddity of the Germans is that….wait for it…they speak German, everywhere, including kitchen showrooms.  By this point we were fairly good at the niceties of everyday German.  We could say hi, nice weather, is going to rain, etc; and we were great in grocery stores, restaurants, bars, etc.  In short, we were good at the stuff we cared about.  Not so much talking about kitchen cabinets, countertops, gloss versus flat finishes and all of the other intricacies of picking out an entire modern German kitchen.

more of the finished product

So one Saturday, we gathered up the measurements of our kitchen, our young child (we produced children in Germany also, different story for a different day), our German speaking confidence and headed out to our chosen store.  Luckily, we were quickly greeted by a salesman, he quickly decided that his English was better than our German and we were of, shopping for first German kitchen, in English!  Our fears were partially relieved concerning the installation.

Picking out a German kitchen as an American abroad

We had to pick out all the cabinets, sink, fridge, stove and hardware; then they would come out and install it.  We did however have to coordinate for the plumbing and running a gas line from the basement up to the kitchen.  Picking out the kitchen turned out to be very easy, after 2 hours we had ordered all the parts.  We would receive a phone call when everything was in, so we waited and waited.

Another unusual aspect of German culture is that, there is no hurry…to anything.  The efficient German characteristic is a complete myth, they believe their products to be of superior nature, so they don’t believe them to be produced or at least delivered expeditious manner.

After a month or so, we get the call, they want to install our kitchen in the next week or so.  Now we have been living in a house, with a 6 month old, with no kitchen for a month.  This was a glorious phone call.  While we had been waiting we had the old tile removed and new tile installed, all of the old cabinets were taken out and the walls painted; we were ready for the new kitchen.

The installers turned up early on the scheduled morning and started the process of building a kitchen and it was all coming together until…the stove got unwrapped ..and it was gas…and I hadn’t run a gas line to the kitchen…  I mentioned earlier that Germans tend to speak German, the workers only spoke German. So I used all of my German, a German dictionary and some pantomiming to tell them there was no gas in the kitchen, please call someone.  Finally they did and within an hour I had gas in the kitchen, an hour later the kitchen was complete.

The kitchen was a great success.  We cooked many meals in that kitchen.  Initially, it was for my wife, our first born and myself, shortly thereafter we added our beautiful little girl to the checklist.  We had big parties to celebrate birthdays, engagements, holidays and random get-togethers.   The kitchen was always the center of action and it performed marvelously and was the star of the show for many great meals down the road.

Unfortunately, we moved “home” a few years later and rented our piece of Bavarian heaven (sporadically, see aforementioned bankruptcy) until we could return, or otherwise come up with some long term game plan.  But in a good ole American gesture of individualism, we left that kitchen in the kitchen room.

Different doesn’t always equate to worse or better, it is just different and once you have adjusted to the difference it becomes  the new norm and you never think about it.  Some of the differences you love and will miss long after you move on to a new location;  affordable health care, family-friendly beer festivals, extensive train system, a walking culture, extended meals (when you reserve a table for Friday night, it is your table…for all of Friday night).

Some things you decidedly don’t love and won’t miss for one moment once you leave; getting scolded by random people for minor social transgressions (walking against the red light, no hat on your child, not immediately picking up dog poop), massive amount of speeding cameras, paid parking garages with tiny little spots.

But in this case, at least ONE person is Germany was going to get a fully furnished german style kitchen on us.

This is a guest post by my good friend David Roberts, who was a lawyer in Fayetteville, Arkansas when I met him and later moved to Germany in a town near Munich with his wife for about four years, where he added two kids to his growing family. I asked him to write about the oddity of German kitchens. 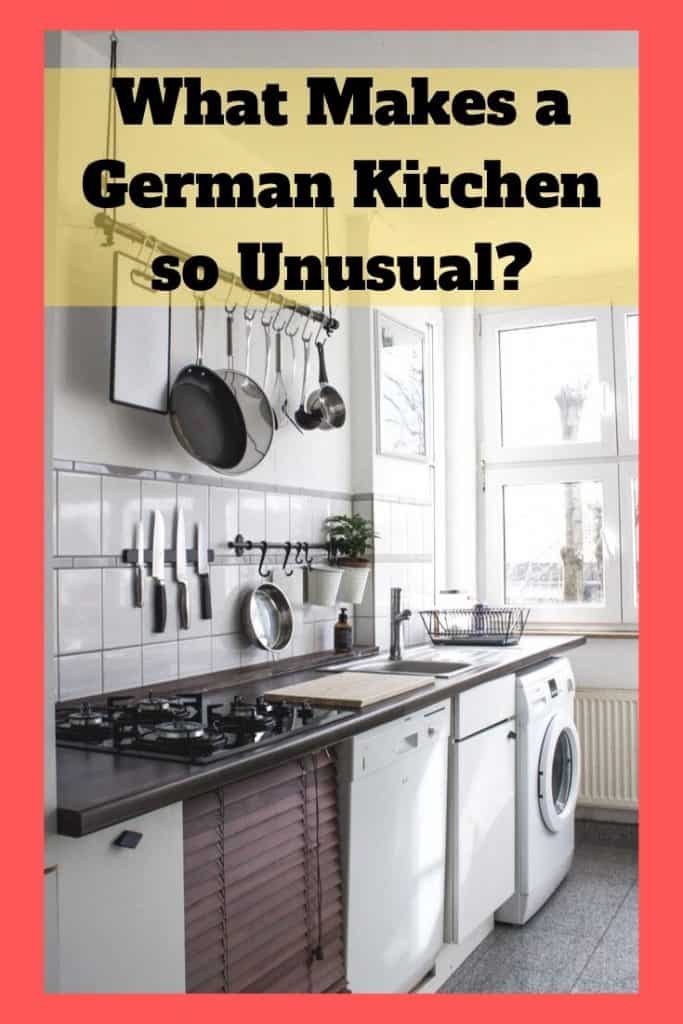 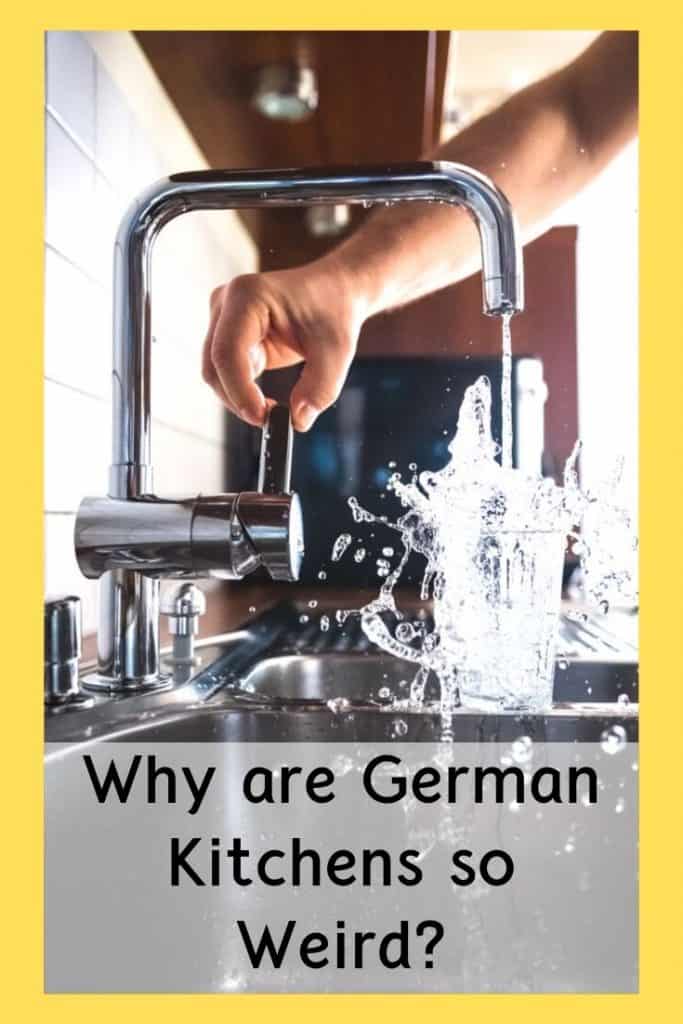 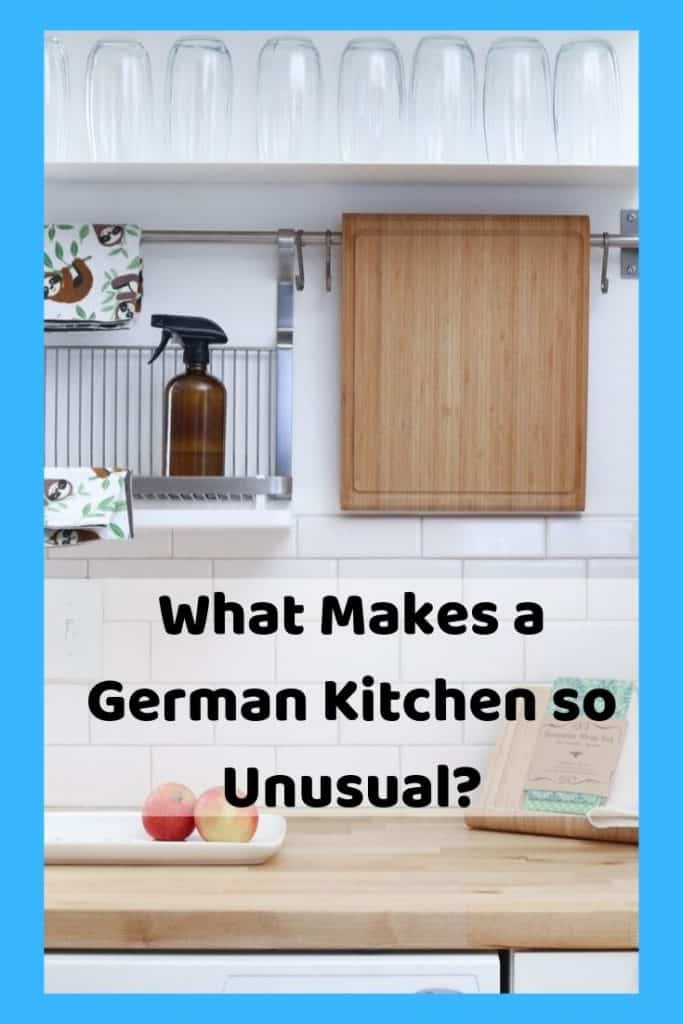 Tips for traveling through Germany and Italy with Eurail