Kelsey is a wonderful voice on the web and also through her photography — and she is never, never shy about expressing her opinion.  I have gotten a chance to get to know her a bit through some exchanges we have had on topics and issues of the day and she carries a sharp “pen” and insightful touch.  This is a person that has opinions and has thought them out fully.

She’s been a tall ship sailor, a bit of a nomad, has a vintage motorcycle, is an avid historical reenactor, and well…. you get the point, she’s a bit of a jack of all trades.  A modern Renaissance women coming to you through the interwebs.  And her answers to my questions were so thoughtful and serious…. I had little room for my normal attempts at funny photos!

Greed. It’s my opinion that greed is at the root of most of the world’s problems. People want too much and seem to have lost the ability to be satisfied by the small things in life. Not only does everyone want a big house and a fancy car, they think they’re entitled to it. Whatever happened to working hard and being happy with what that got you?

2. Whose tweets make you smile the most?

@TLWH, also known as The Longest Way Home. I started reading his blog and following him on Twitter back when we were both still in South Korea. I think he has a very unique take on the whole travel thing, and I always find his tweets very thought-provoking.

Attending my first historical reenactment. I remember being dropped off by my very brave parents into the hands of strangers at an 18th century fort in the middle of Louisiana at night, and then waking up the next morning to the smell of straw, wool, and woodsmoke. The next 2 days were a turning point in my life – the start of my life as a historical reenactor – and I remember those two days like it was yesterday. I was completely and utterly entranced by the ability of a reenactment to make me forget who and where I was and be totally in the the present moment but also connected with the past. It’s hard to describe to a non-reenactor, but the first time you feel it, it’s about as close to time travel as you can get, and it’s incredibly addictive.

Second place goes to being seasick for 3 days straight in the middle of a trans-Atlantic tall ship race, while still having to perform my duties as an officer. I was pretty convinced I’d gone to hell. 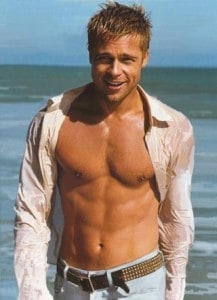 hard to argue with the choice...

Brad Pitt. He may be 20 years older than me, but damn is he still sexy. When I was a kid I was enchanted by his roles in Legends of the Fall and A River Runs Through It

Gin & Tonic. Due to unfortunate incidents in college, I can no longer stomach anything made with whiskey or rum, but thanks to my genetics I can drink vodka until the cows come home, and oddly, gin as well. G&Ts are also hard to screw up, making them a pretty safe bet around the world. An Old Fashioned is my second choice for favorites. To be honest though, I’m not a drinker – even when I’m out with friends, I have one, perhaps two drinks at most. If it weren’t for having friends who drink, I’d probably never drink at all. Mongolia, with its horse-milk vodka, is going to be a challenge. 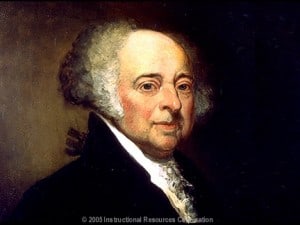 cool ancestor to have in your family tree

6. Who is the dead historical figure you would have most wanted to meet?

I would absolutely love to meet my great (great, great, great…) grandfather John Adams. The Adams reputation for being stubborn and pugnacious and constantly trying to negotiate is certainly still true within the family, and I’d love to see where that got its start. Plus, he was very much a voice of reason during the Continental Congress, at a time when emotions were running high on both sides of the argument, and I think there’s something to be said for that.

7. Particular question for your interests — explain your fascination with Mongolia

Mongolia fascinates me because they have gone from the rulers of the world to relative obscurity throughout history, and from khans to commissars to capitalists in less than 100 years. Their determination to make democracy work is very admirable, as is their determination to keep their nomadic existence alive. Sure, many gers (yurts) now have solar panels and satellite dishes, but they still prefer to keep their life much the same as it has been for centuries. Every memoir I’ve read about life in Mongolia is full of tales of reverse migration – where the children of urban city-dwellers have given up a commodified life in the capital, Ulaanbaatar, and have moved back out into the countryside to once again become nomads with livestock herds. Nowhere else on the planet have I ever really heard of such a phenomenon, especially not so widespread as it seems to be in Mongolia.

The Mongolian Experiment is my way of getting to explore a subject of interest to me while also providing a proof of concept for a way of using crowdsourcing for both information-gathering and funding of a journalism project. I firmly believe that the part of the solution to the dishonesty so prevalent in journalism today is to increase the ability of journalists to work independent of a larger organization.

8. What is your favorite foreign curse word or phrase?

I wouldn’t say it’s my favorite, per se, but I say “schiesse” (“shit” in German) all the time. In the last 4 years or so it has become my main expletive of choice and it’s now much more of a reflex than the English version.

9. Tell us something interesting about someone in your family, in this case meaning grandparents or further back.

My paternal grandfather’s family were all Russian con artists who kept the lies going up to my father’s generation. This resulted in a very surreal phone call during my freshman year of college in which, at 11 o’clock at night, my mom yelled down the phone “You’re not a Scottish protestant! You’re a Russian jew!” It was a weird few weeks as the pieces all started to come together.

My maternal grandfather, who died when I was very young, is still someone I admire for one of the only things I know about him: He was a Methodist minister for many years, but was eventually kicked out of the church after delivering a sermon which said, in short, that the Bible was a good thing to learn from, but not necessarily true. 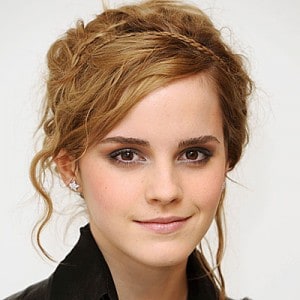 will she bring the wand to the fight?

10. Who plays you in the movie about your life?

I’m really not all that up on movie stars. Someone short, with a lot of fight, stubbornness, and personality, preferably as tomboyish as possible. I think Emma Watson would do well for a younger me.

(Not the only Emma Watson in this interview series)

11. Most annoying nationality of travelers you have run across.

I hate to say it, but Americans have been the most obnoxious, in my experience. When I was in Switzerland for an extended period of time, I used to pick up a Swiss newspaper to read, so that I could avoid questions from “Tourons” by appearing to be local. I’m a quiet, relatively solitary traveler, so pretty much anyone who is loud, drunk, or obnoxious is going to bother me, sadly.

Solving a common problem. Problems like turn signal-usage, figuring out public transportation routes in an unfamiliar place, or toasters burning toast. I wish there were a prize for solving something that, while largely unimportant in the scheme of things, annoys a hell of a lot of people.

13. Tell me what you want written for your one paragraph obituary — for some time far, far in the future, of course.

Kelsey Freeman led a life of adventure. As sailor, pilot, and overland expeditioner, she pursued stories as a journalist that the rest of the world ignored, bringing the tales of everyday men and women from around the globe to light. Her photographs brought the steppes of Mongolia, the mountains of Argentina, and the deserts of Afghanistan to the homes of her readers, and her tendency to run toward the sound of gunfire allowed her to depict conflict like WWII’s Robert Capa. She spent her final years on a farm in Vermont, restoring vintage biplanes in the barn. Her death in the crash of one of her planes is in many ways fitting, as one of her favorite poems, by Dylan Thomas, said thusly:

Do not go gentle into that good night,
Old age should burn and rave at close of day;
Rage, rage against the dying of the light.