Last week I stepped you through how the sign-up process for Pinterest skews its numbers dramatically. A follow-up on this topic, drilling down into some of the details was promised. Here you go.

This process puts Pinterest in the position as kingmaker, picking and choosing a select few to accumulate millions of followers.

Followers mean money. Which means that Pinterest is tilting its playing field to put money into certain pockets. 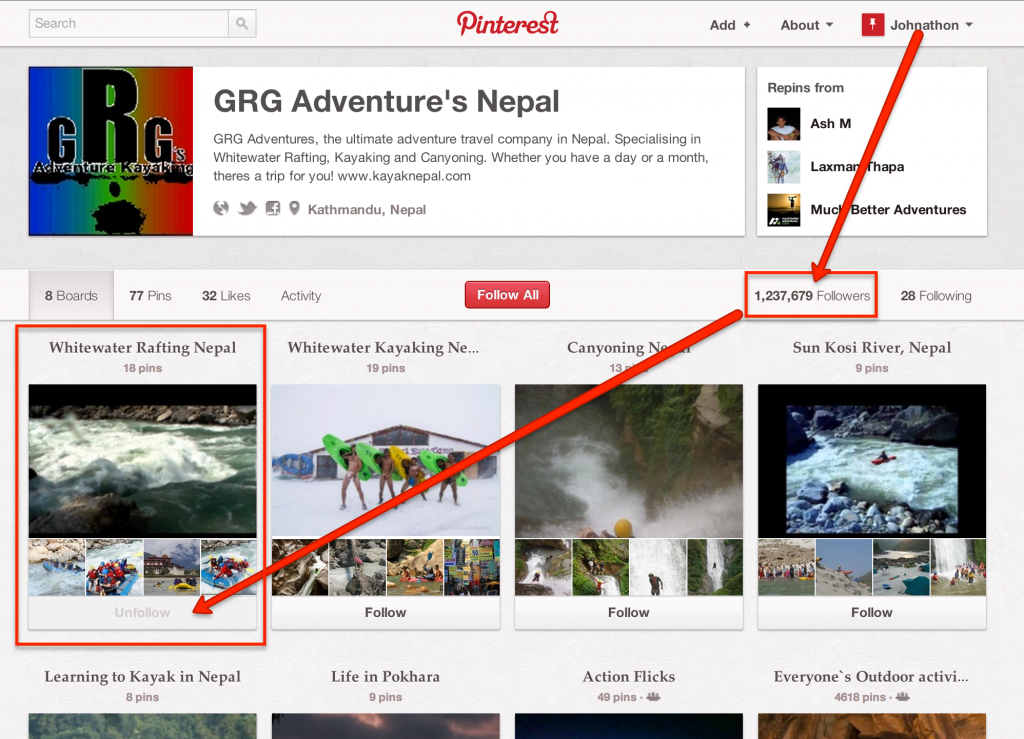 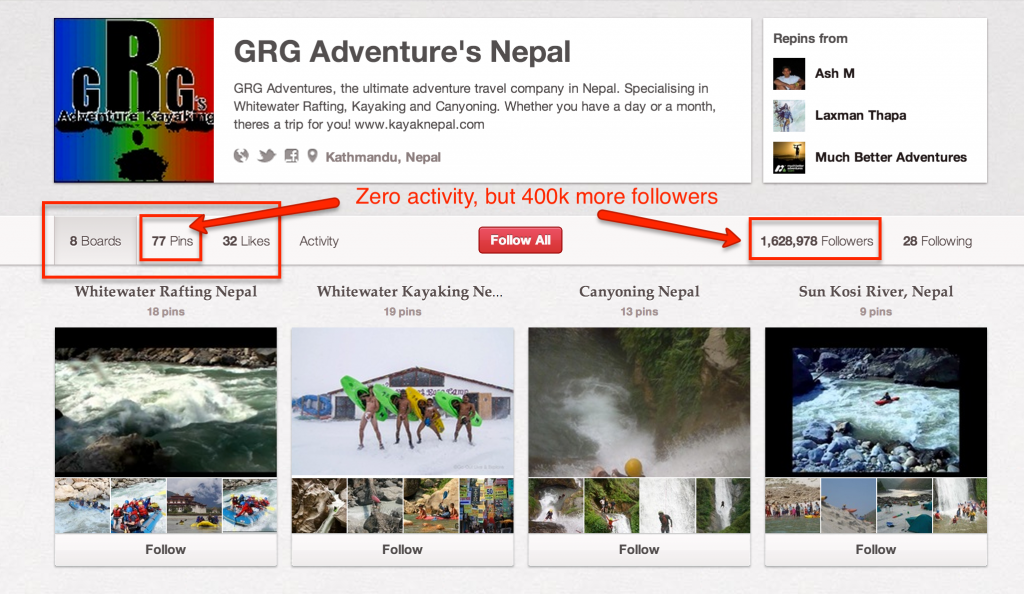 Note that GRG Adventures has not pinned a single new photo in the last twelve days.

In the meantime Pinterest has assigned them almost 400,000 new followers.

When I asked the Pinterest spokesman to explain the process that Pinterest uses to determine what 40+ boards they will involuntarily assign to anyone signing up, this was the explanation given:

As I mentioned, we use a combination of both objective and subjective measures to choose the boards to include as potential choices during orientation. For example, it’s important that a board is homogenous. That is, it’s important that something we suggest related to weddings be only about weddings and not also about other events like birthdays. To measure this, we use automated text analysis and other systems to find out if something categorized as “weddings” is actually about weddings. Specifically, one thing our system looks at is repins from this board. If the repins are categorized in lots of different categories (e.g. Food and Drink and Women’s Fashion), this is a pretty good signal that the board is not a good wedding board. Similarly, if all of the repins are in a single different category (e.g. architecture) this is a signal that the board may actually a good architecture board that was miscategorized. Someone may actually look and make a subjective judgment to confirm that the system is right.

At least that would make some sort of sense — the more popular boards and photos would seem to be ones that current Pinterest users find the most valuable. But the Pinterest spokesman replied when I inquired about that:

….popularity is not part of the algorithm.  As I mentioned above, relevance is much more important.

So basically as far as I can gather, they just have a computer take a look at the text that accompanies the photos and if the text is “relevant” to the topics, your board might get selected for this turbo-boosting effect of being assigned to new subscribers.

That it appears that the text accompanying the photos is somehow the most important thing on a social media service that is about 98% visual and that the algorithm apparently ignores popularity on a platform that could easily measure it (repins, likes and comments) could be considered moronic.

Wait… it is moronic.

And even a quick look at that board, Whitewater River Rafting Nepal, I was signed up for above shows that their “re-pin analysis” is a joke also. You can tell when Pinterest selected this board to pump millions of new followers to because of the re-pin activity (the photos are arranged chronologically, from most recent at the top to oldest lower).

There at 18 photos on that board. The six most recent photos have 43-148 repins. The other twelve photos have 0-6 repins — four of them have zero re-pins. Reasonable deduction is that Pinterest selected this board from oblivion sometime after the original twelve photos were posted, thereby explaining the increased action on the last six posted photos.

But how on Earth would Pinterest have even selected this board to be the beneficiary of its “formula” from above? Some of the text accompanying the original pins are completely uninformative about the content therein: “1,2,3…LIFT” and “Veggies getting some air on one of our long expeditions” and “Taking it easy on the flat of the Karnali, West Nepal.” Add to that the fact that there was almost no re-pinning going on for Pinterest to do its “re-pin topic analysis” based on and you simply have to wonder.

Is Pinterest just picking winners and losers at random?

Since they refuse to get any more specific about their algorithm and their objective and subjective criteria for picking their must-follow boards, we have no idea.

Pinterest screwing up its sign-up process and involuntarily signing people up for boards isn’t just an amusing tale of a billion-dollar company being clueless… it’s about Pinterest skewing the playing field so that a very small number of its users can possibly make more money. 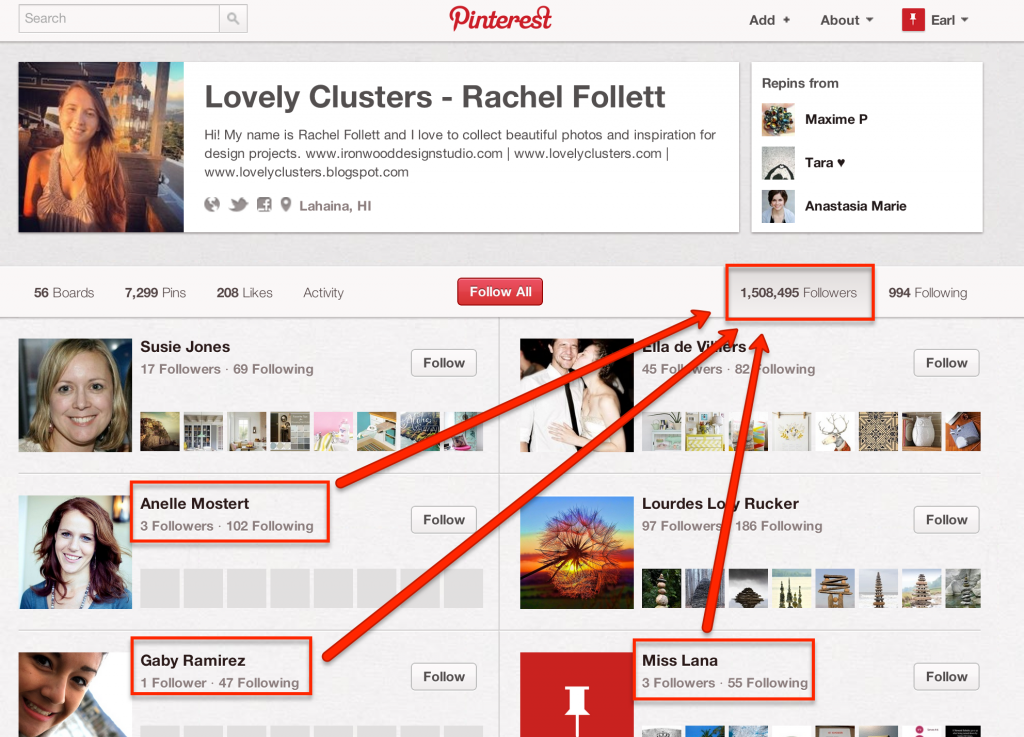 millions of new followers, signed up by Pinterest to get marketed to 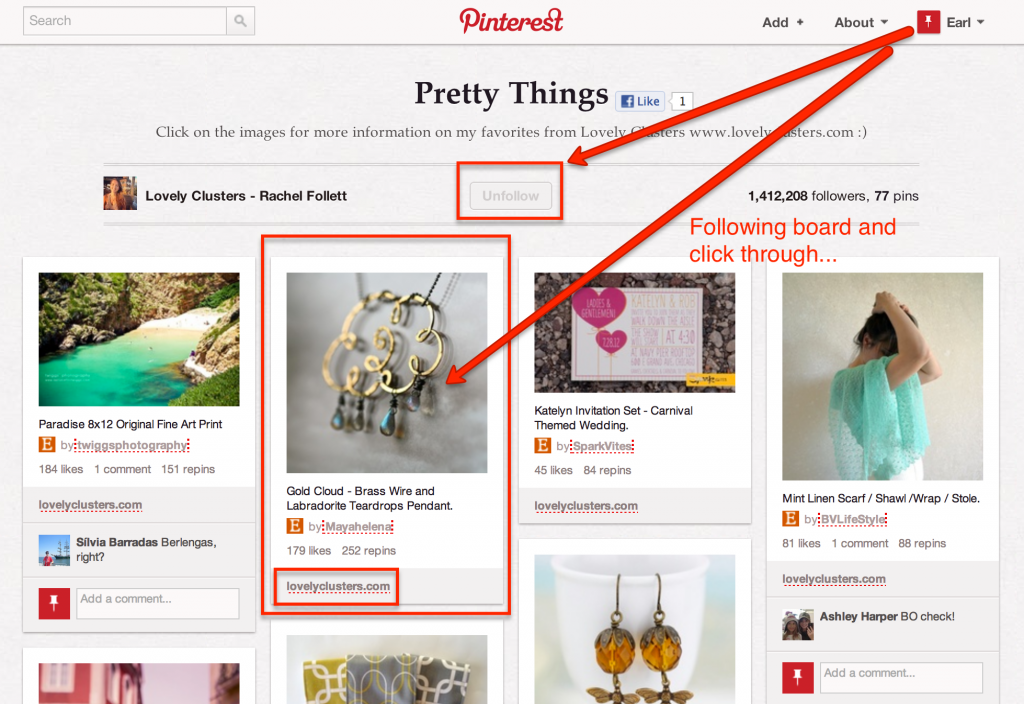 the board that Pinterest assigned you to, with the most recent pins showing 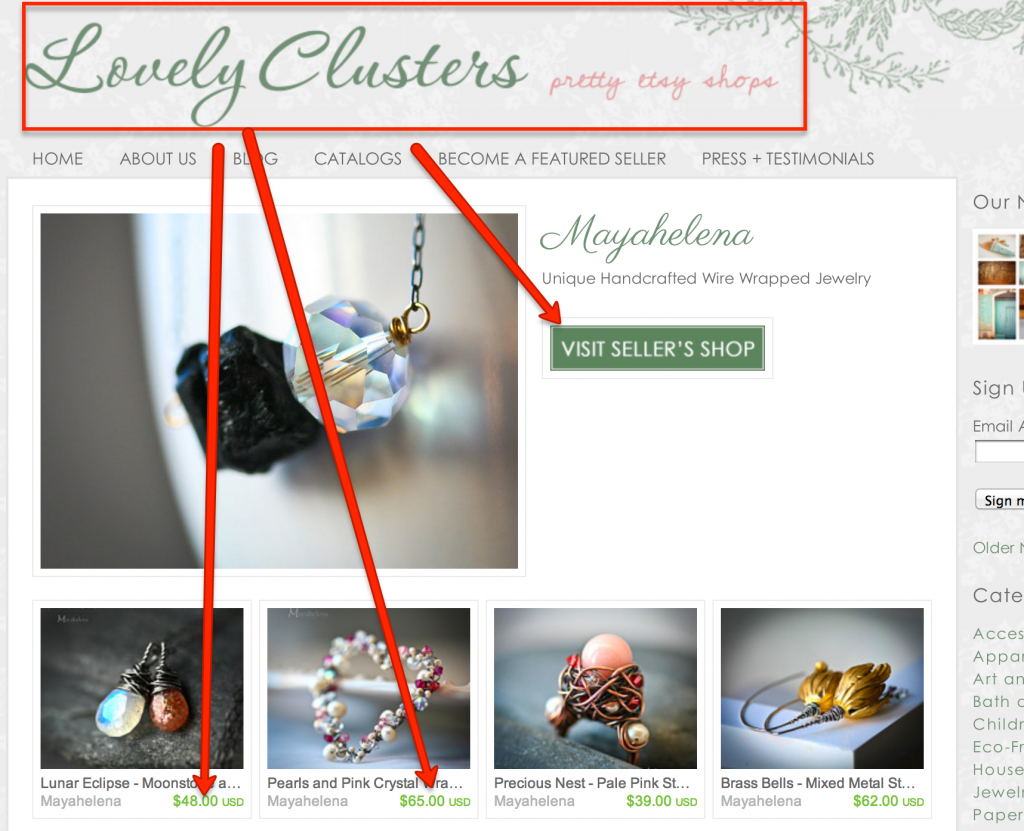 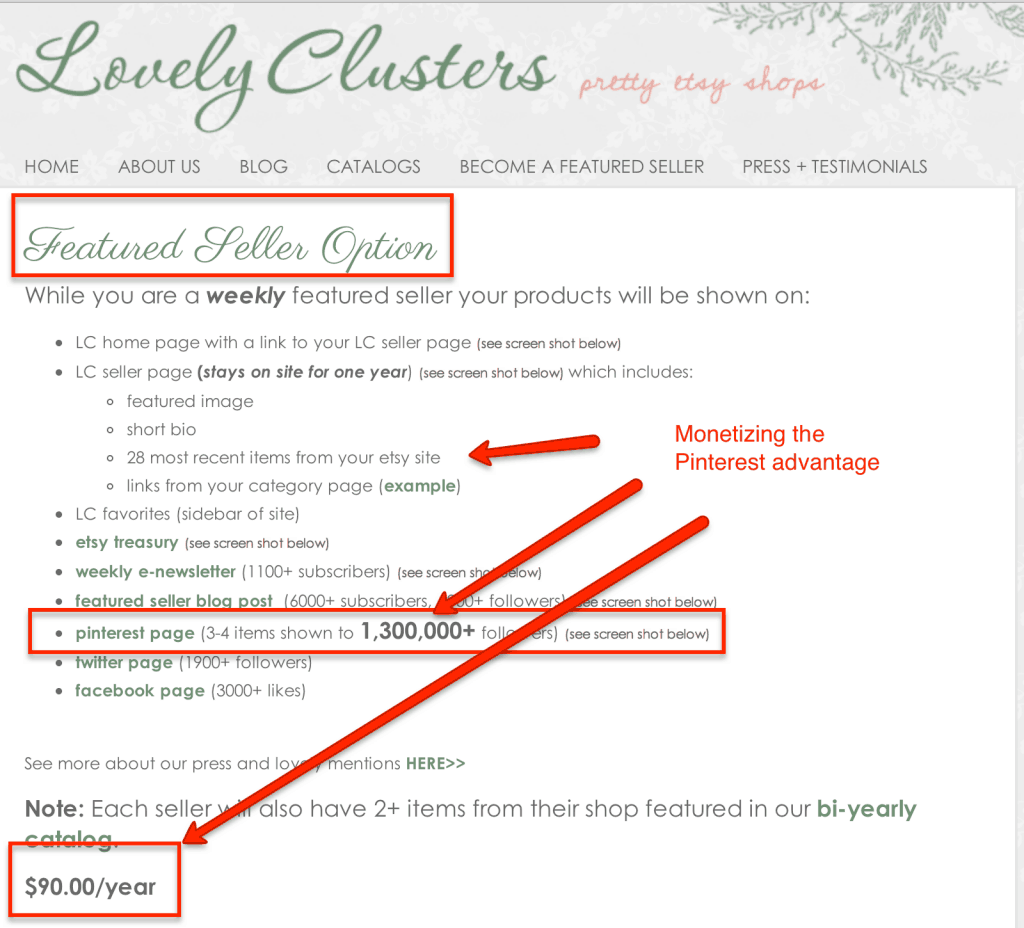 Let’s step through those four screenshots and what they mean. When I signed up one of my new accounts, clicking on five photos of men’s and women’s clothing, Pinterest assigned me to follow one of the boards for Lovely Clusters (sidenote, that account has added over 130,000 followers since these screenshots were taken on October 3rd). The first screenshot shows an example of how many new followers that board was getting from new accounts involuntarily assigned from Pinterest.

The second screenshot is of the actual board that Pinterest had my new sign-up follow, “Pretty Things.” Although the five photos I picked were all of clothing, Pinterest somehow assigned me to this board — note the description of the board, “Click on the images for more information on my favorites from Lovely Clusters www.lovelyclusters.com”

How the “textual analysis” somehow came up with this board being exactly in line with the clothing pictures I chose is beyond me. Another note: this board today consists of the same 77 pins it had on October 3rd, again showing that activity on Pinterest is apparently not taken into account with their assigning boards to be followed, since this board has added 130,000 followers in the last two weeks.

But why is all of that important?

The third screenshot is where you get taken through when you click-through the photo on the screenshot above — right to the Lovely Clusters store, where this lucky Pinterest user is able to convert some of the Pinterest-gifted new followers to paying customers.

The last screenshot is ingenious. Lovely Clusters is actively monetizing their Pinterest-gifted advantage. If someone wants to take advantage of all the Pinterest followers that they have been given, they can sign up to be a featured seller and pay Lovely Clusters for that privilege. Again to be clear, Lovely Clusters is doing nothing wrong at all here — nothing. Pinterest has given them a gift and they are correctly choosing to monetize it.

Whether Pinterest should be involuntarily signing people up for boards like this, in effect choosing the economic winners and losers of their platform, is the core question.

Another Example of the Pinterest-gift Advantage

Yet another example of how Pinterest’s orientation/sign-up process just funnels money directly into some lucky few’s pockets came from a Twitter exchange after my post last week:

Again, nothing wrong with this unidentified person doing this in the least (and there is no verification they got their million+ followers via the Pinterest sign-up process, but the same general principle would hold true for those accounts also). This person is merely cashing in on their Pinterest followers.

No doubt that those same retailers are going to pay some of the people that have been gifted millions of followers by the Pinterest sign-up process also. Given that Pinterest is now the top traffic driver for retailers and more people click-through Pinterest than Twitter (and for that matter Google+,YouTube and LinkedIn combined), you are talking about an incredible tool for businesses.

What to possibly expect in the future from some of the lucky few that Pinterest has blessed with millions of new followers:

Selling space on their popular boards for retailers to post photos with links through to their products, just as was mentioned in the tweet.

Possibly selling the popular boards themselves — there is nothing stopping those that have these million+ follower boards from making them “group boards” so that others can post on them. So why not essentially sell your entire board to someone by making it a group board, where they can post as they wish to your millions?

For those with popular DIY boards or clothing boards or other “stuff” boards, setting up Etsy.com shops or other merchandizing opportunities. Funneling their newly gifted followers through via links on their photos to actual products and get paid for it.

Even in the non-stuff realm, like travel boards, you can easily imagine someone with a million+ follower board getting business opportunities based on that number alone. Example pitch, “we will post 20 photos from (insert destination you are negotiating with) with links back to your official website, in exchange for ___ dollars and a week-long, paid trip to your location.”

Hell, there are so many ways to imagine how to monetize million-follower boards, you could go on for pages about it (and this post is already long enough). Once you are gifted your millions of followers by Pinterest, the sky is the limit for how you can make money off it.

Bottom line, the question must be asked — why is Pinterest skewing its playing field so horribly and unfairly? Hopefully there will be some follow-up from some of the bigger websites and publications covering this area to get the answers.

13 thoughts on “The Pinterest Numbers Game: the Money-Side of Things”