Skip to content
Home » MSH+Contributors » How did I get here? Introducing This American Girl 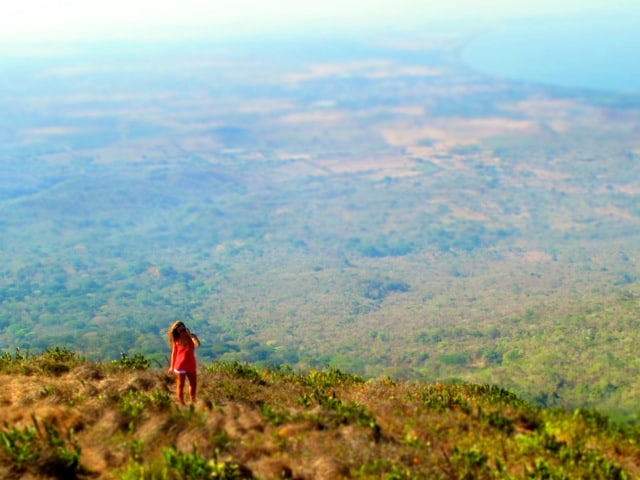 I never put travel high on my list of priorities. I was far more interested in decorating the most fabulous apartment, mastering the perfect roast chicken, and finding a boyfriend who could give me, a former theater actress, sufficient attention. I never studied languages in school and I was (still am) terrified of flying on airplanes. 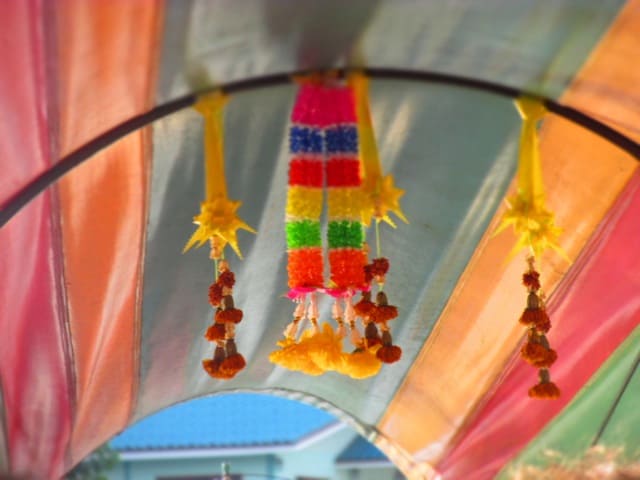 Yet here I am living out of a dirty backpack in Cambodia after traveling to fifteen countries in two years on my own. 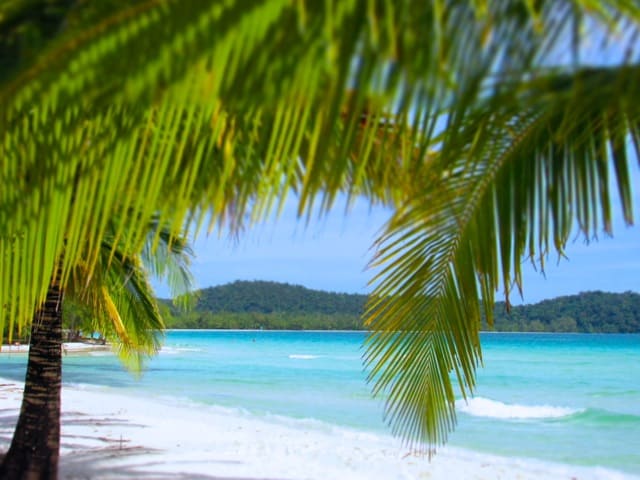 How on Earth did I get here? 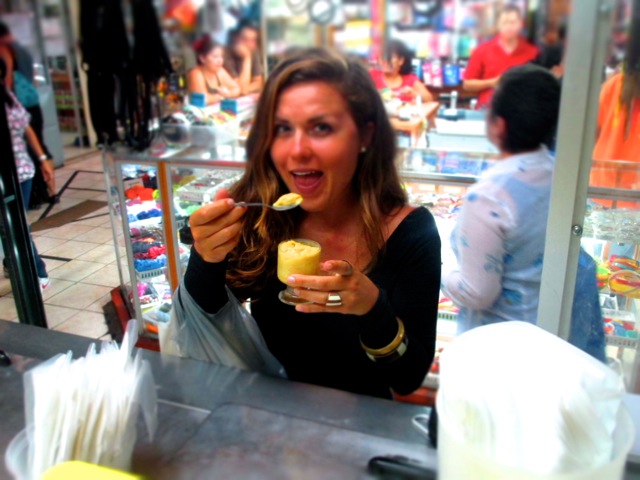 In the past, I led a fairly conventional American city life. At the age of 24 I worked in an office as a project manager for an Internet Marketing company, went to trendy cocktail bars with friends after work, met my family on the weekend for brunch, watched more than my fair share of television series on Netflix, spent hundreds of dollars per month on clothes, and always had a boyfriend. 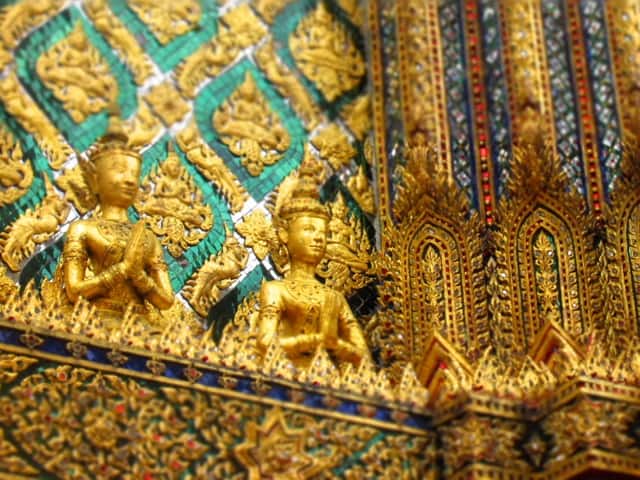 I was not happy at all. 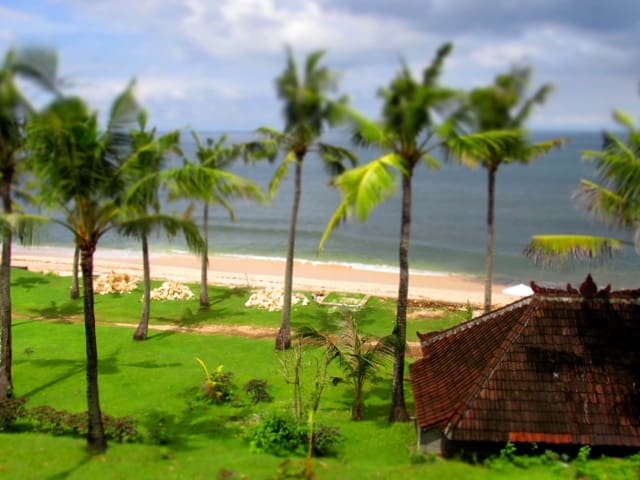 In fact, I had no clue how to relax or center myself. I based my self worth on how my boyfriend treated me and the success I achieved in my career. My life consisted of constant distraction in an attempt to alleviate discontentment and anxiety. 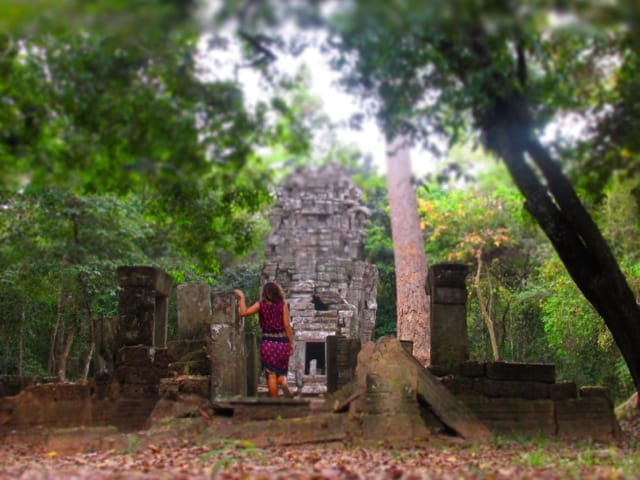 All of that changed the day I was laid off from my job. 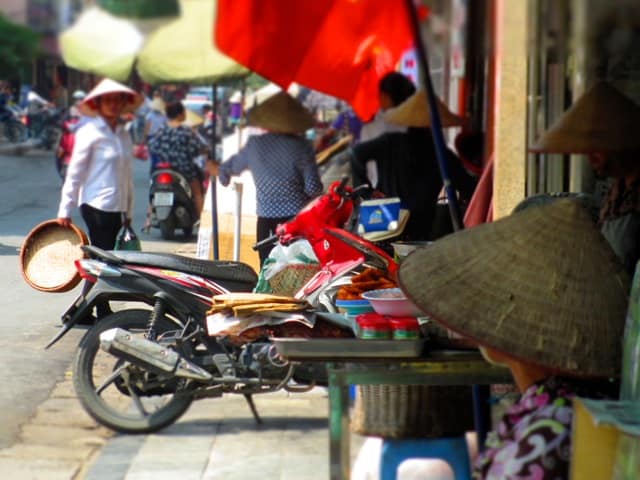 Marketing never fulfilled or excited me, but the salary and security kept me at my desk year after year. I worked over ten hours a day, attended happy hours and dinners with investors in my free time, and fueled all of my energy into another man’s dream. So when they let me go without warning, I vowed that I would never work for someone else again. 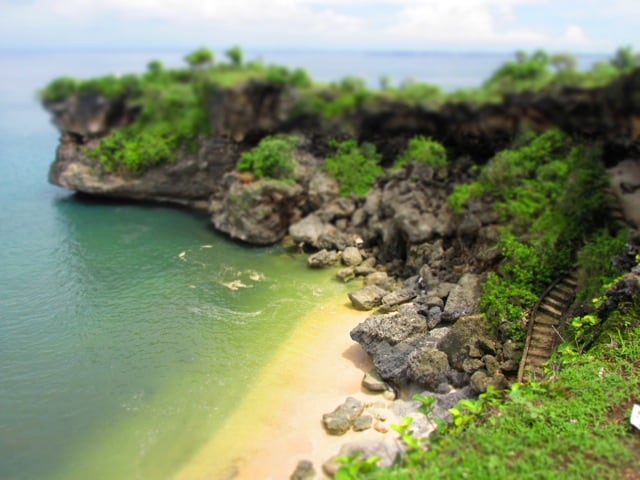 At the same time I was battling with moving on from a three year on-again-off-again relationship. Being “single” was not something I knew how to do and my fear of never finding someone else consumed me. 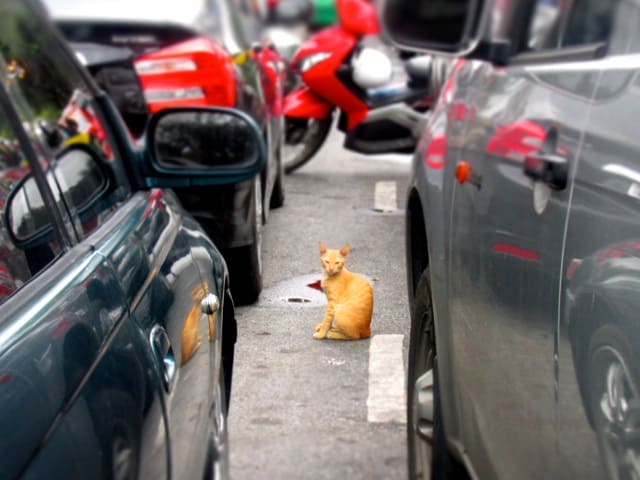 I felt rejected and extremely lost. 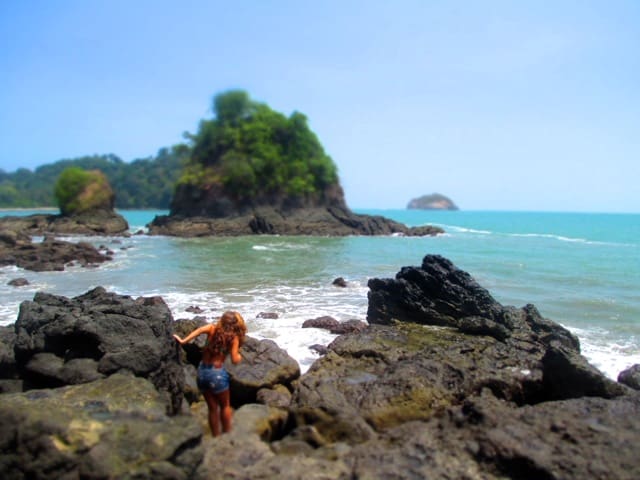 So when my best friend announced her plans to spend three months in a beach hut in Costa Rica, I practically begged to tag along. 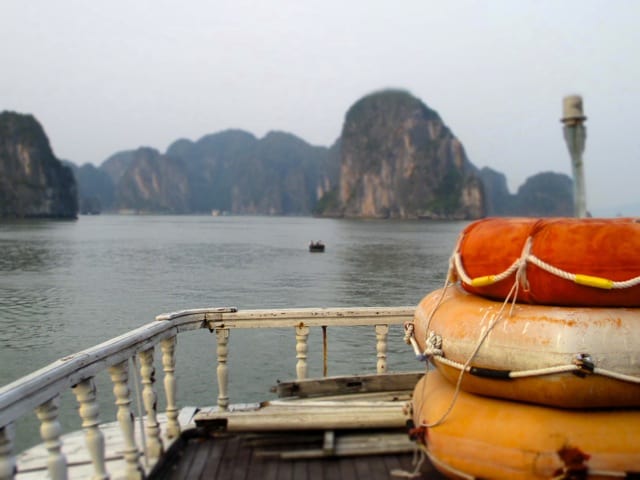 I had barely traveled previously. Doing it alone was something I never considered and my friends and family lacked the time or the means to accompany me. But deep down I think my fear of uncertainty and discomfort is what truly restricted me. 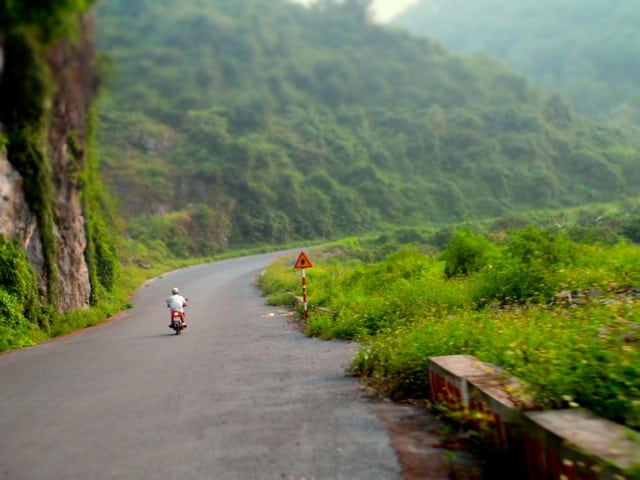 Beside my best friend, I felt confident to go. My life had become uncertain and the comforts I knew had already crumbled. I was no longer tethered to a career or to a man. I was completely free. That felt scary, but I decided to take hold of it and head into the unknown. 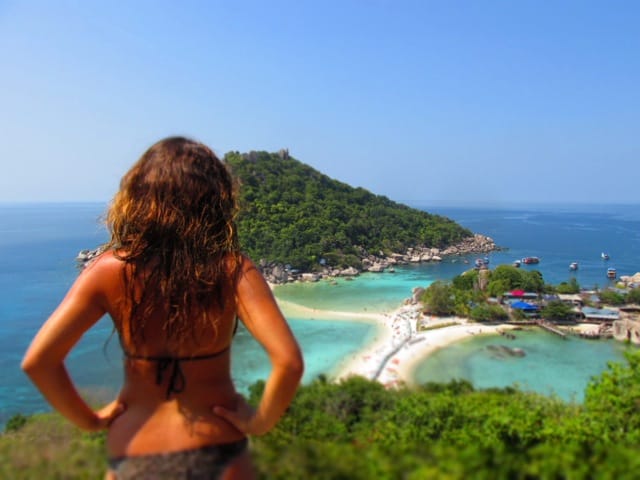 I ended the lease on my apartment, put my belongings into storage, suspended my cell phone plan, and on February 3, 2012, I flew to Costa Rica with the last of my savings and a small carry-on bag. 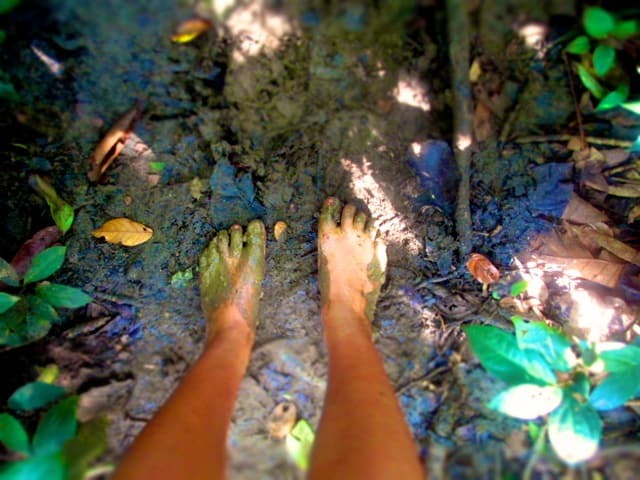 Yet when I arrived, it wasn’t all hibiscus flowers and sunshine. 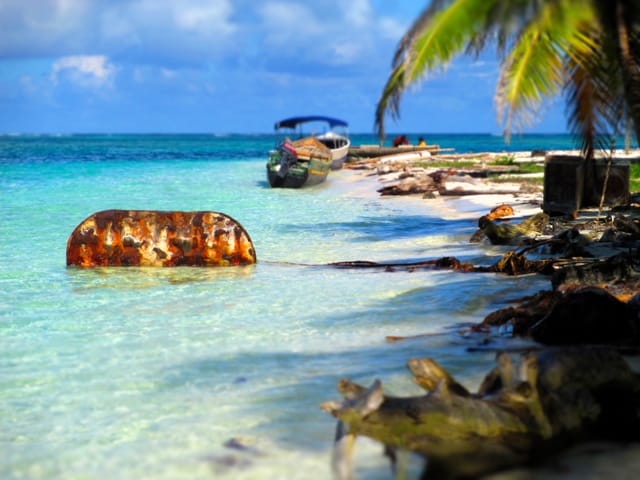 For the first time in my life I truly discovered what it meant to be alone. Our cabin sat in the remote jungle with no bars, no shops, no restaurants, no wifi, and no other people. The distractions I had used my entire life to avoid being alone no longer existed. The first week I considered flying home, yet somewhere between swimming in the Caribbean Sea like a mermaid and walking for miles down deserted jungle beaches, I began to surrender to my surroundings. As the weeks passed, I realized I had everything I needed from the sun, the sand, the sea, and most importantly from within myself. I felt content. 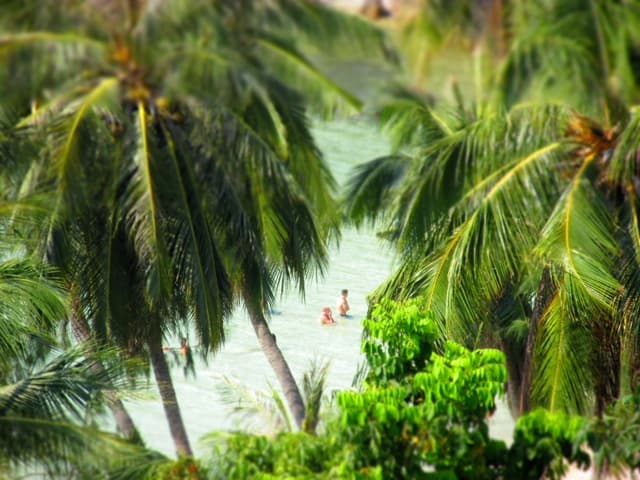 But as I once believed, all good things must come to an end. 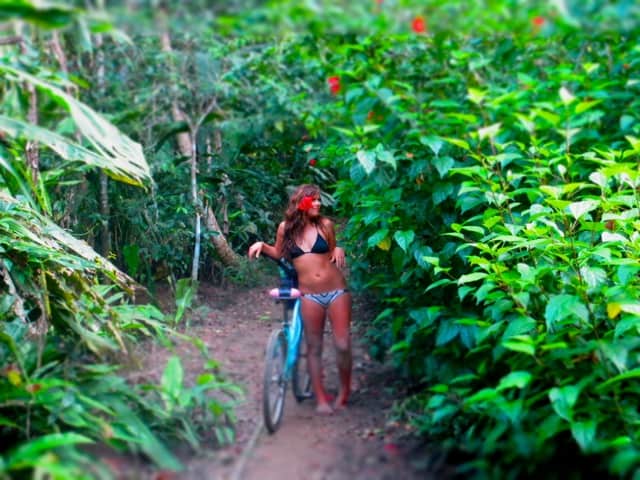 I flew back to the States that spring with plans to begin graduate school in the fall. My time in Costa Rica had been incredible, but it was time to reintegrate myself into the “real world.” I had been accepted to Pratt University, one of the top art schools in the country, a place I had dreamed of attending for years. Yet rather than research housing in Brooklyn or register for courses that fall, I stayed up late reading my Lonely Planet and travel blogs. School had not even begun and I was already planning which tropical countries I would backpack through on my breaks. 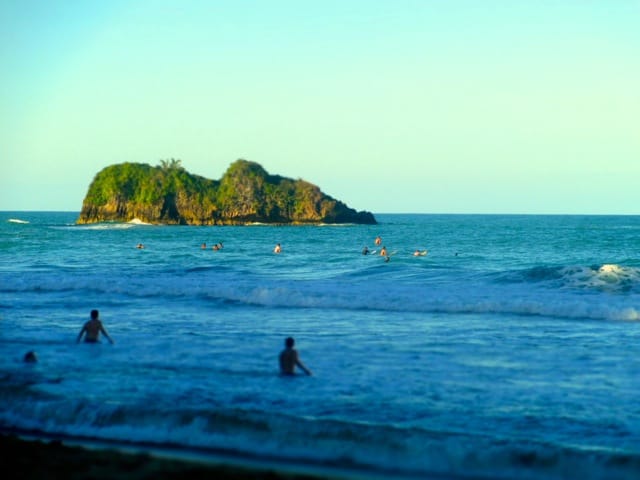 With plans to settle down in New York, I sold all of my belongings, including my car, and made the most of my final months of freedom. I traveled, this time alone, through Latin America, Europe, and Morocco and in the process I began to recognize that perhaps this alternative journey, not a cultivated city one, better suited me. 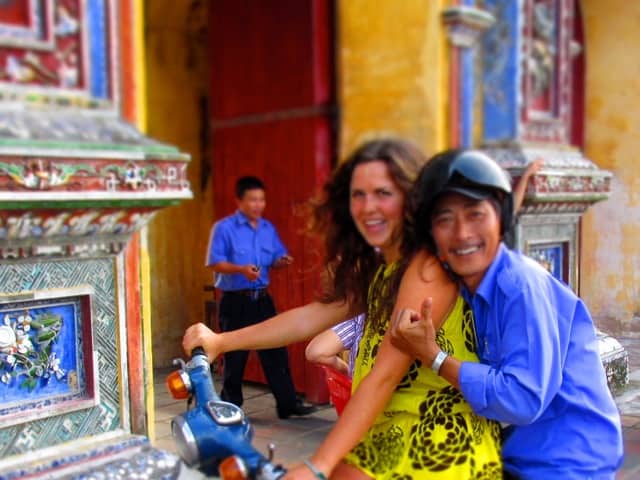 When the fall came, I never returned for grad school. Instead, I made travel my life. I opted to learn my lessons on the road. 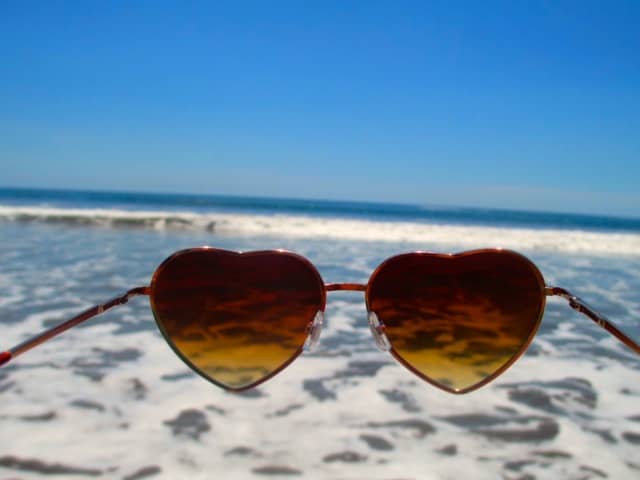 Communicating non-verbally in markets in Vietnam, enduring motion sickness for days at sea in Colombia, and getting lost in labyrinths in Mexico taught me patience. Sleeping in rooms with strangers, eating from street stalls, and adhering to foreign cultural norms has forced me to be flexible. Differentiating between kind strangers and scam artists in Morocco, driving a motorbike through the countryside in Indonesia, and climbing over cliffs in the Costa Rican jungle has shown me that I am capable and I am strong. 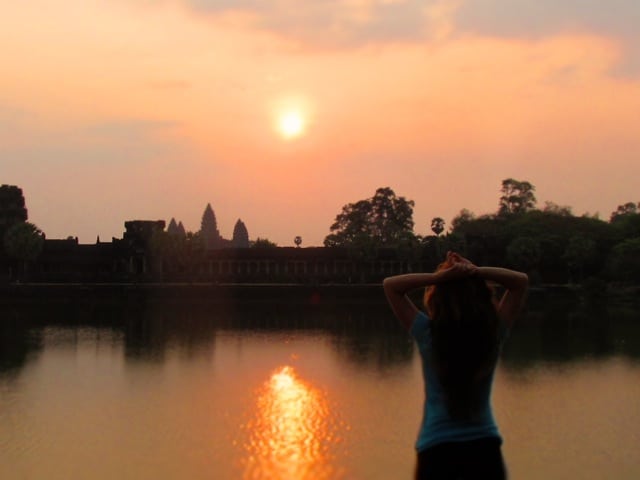 Most importantly of all, living with few possessions, befriending people with far less, and having the freedom to do exactly what I want every single day has given me enough gratitude to finally find peace.

This road may be long and winding, but I’m so glad I got here.

Why I will never be returning to Costa Rica

29 thoughts on “How did I get here? Introducing This American Girl”