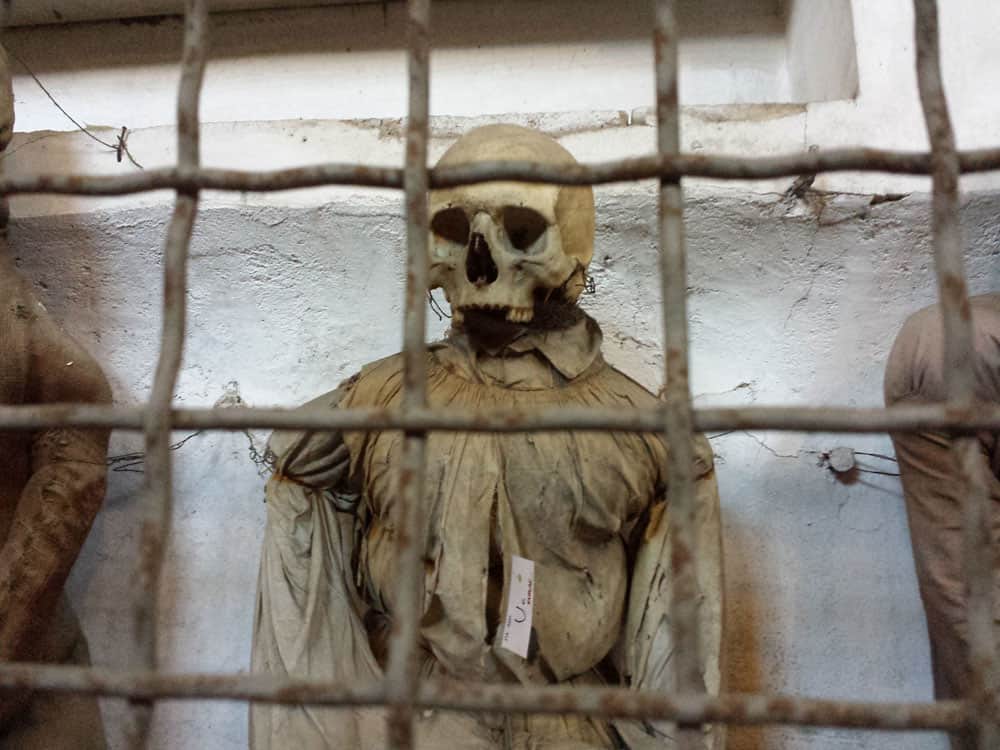 In the middle of Palermo, Italy, there is a church full of dead bodies. Technically they are mummies, but I don’t know about you, when I think mummies, I think Egyptian and, um, you know, actually mummified. Like, wrapped up in stuff and probably buried with lots of gold and their favorite horses and servants.

The bodies in the Catacombs of the Cuppuccini in Palermo are not at all like that. First off, there are lots of them, and before this experience I sorta thought of mummies as a one-off kind of deal. Like, maybe, if you’re really lucky you might see a mummy or two in your lifetime. And if you’re really UNLUCKY you might see the wrong mummy and be cursed for life. Or something like that.

Unless, of course, you go to the Capuccini and then you can see 8,000 mummies all in one morning. Which probably increases your chances of a curse, but I don’t recommend thinking too hard about that.

The other mildly alarming thing about the mummies of the Cappuccini is their lack of proper mummy wrappings. If you were to run into a Cappuccini mummy on the street, you would probably mistake him (or her) for a skeleton, albeit a somewhat well-preserved one who still has all his clothes. 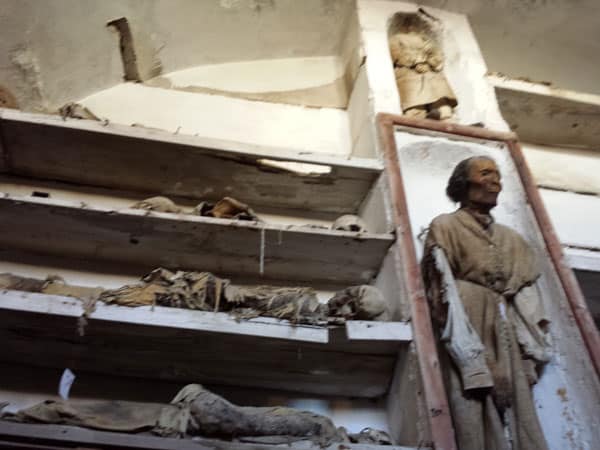 The total lack of fanfare and informational placards also adds to the creepiness of a visit to the Cappuccini. With the exception of one mummy, a little two-year-old girl with nearly perfectly preserved facial features who has her own box, none of the mummy-skeletons are in any sort of coffin or sarcophagus. They’re just hanging off hooks on the wall or stacked on shelves, sort of like how you might display your pottery collection, only weirder. And there is nothing, anything, anywhere, in either Italian or English, telling you what the bloody hell is going on. Which is fine, I suppose, if you do your research before hand, but naturally I did not, so I was like WHERE AM I THIS IS FREAKY.

And by freaky, I mean totally awesome and I was really into it. I even considered buying a postcard with a picture of the mummified little girl to send to my boyfriend, but I thought that might be pushing it a little as I had already collected him some volcanic rocks for a souvenir, #worstgirlfriendever.

Later, when I finally got around to doing my research, I discovered that most of the mummies were monks from the 16th and 17th centuries. They weren’t mummified in the Egyptian style — rather they were simply dried out and then dunked in vinegar (blegh). A few bodies, like the little girl, were preserved with formaldehyde.

Originally, only monks and friars (cappuccini) were allowed to be interred, but then local rich people started to get interested because, really, what could be more awesome than the prospect of an eternal life dangling on a hook in the basement of a church and being ogled at by tourists? People would pay for this treatment for their loved ones (or for themselves), and they seemed especially keen to do it to their children, the result being the extra-creepy Corridoio Bambini (children’s corridor) where some of the mini-mummies are posed in uber-extra-creepy childlike poses on rocking chairs and having tea parties. Cause, you know, that’s totally normal. 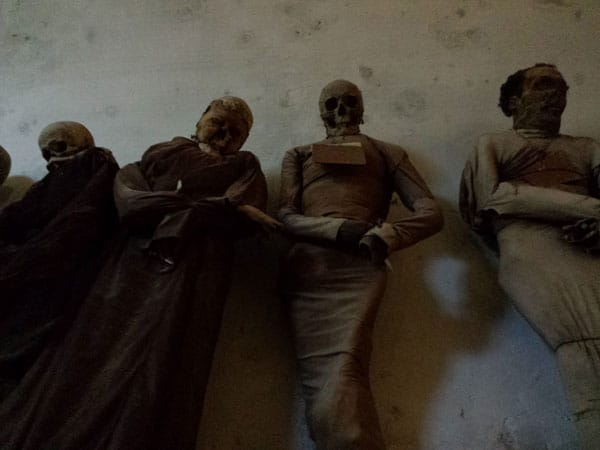 Yeah, the Catacombe dei Cappuccini was a little weird. And more than a little creepy. But it was creepy in a fun way, and I totally recommend it. I mean, not everybody gets to see 8,000 mummies in their lifetime, much less in a single day.

What do you think? Up your alley or way too weird? Share your thoughts in the comments below!