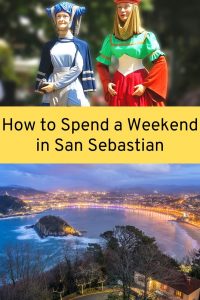 Visiting Spain’s Basque region kind of makes you forget you’re still in Spain. It has its own language and a long history of wanting to be independent from its mother country. Lucky for Spain, San Sebastián is one of the most popular and beautiful destinations on the country’s north coast, with loads of visitors flocking to its beaches every summer in hopes of getting a tan, eating some delicious food, and delving into this unique culture. The list of best things to do in San Sebastian is a long one, so let’s dive in and check them out!

After spending a weekend in San Sebastián indulging in all that it has to offer, it easily became one of my favorite cities in Spain – and it probably will be yours, too.

Eat pintxos and drink kalimotxos in the Parte Vieja

San Sebastián’s old quarter, aptly named Parte Vieja, is where culinary dreams come true. The Basque Country is known for its pintxos (or pinchos), which are essentially little tapas served on a piece of bread. Parte Vieja is lined with pintxo restaurants, each one as good as the last. Most of the time the pintxos are displayed right on the bar, sometimes they are made to order, and they’re always incredible. 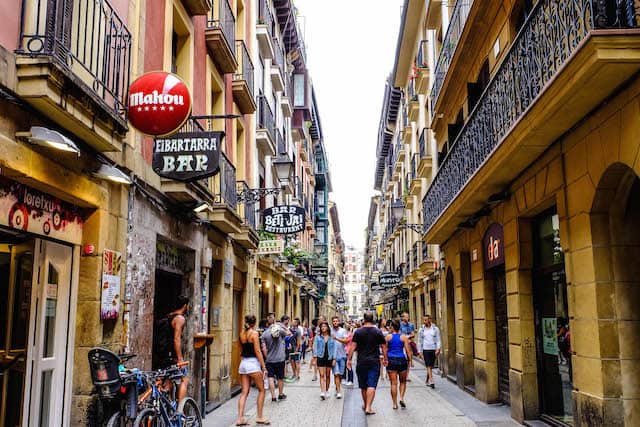 San Sebastián is known for their anchovy pintxos, which I found to be very delicious despite my initial apprehension. The best part about the pintxos displayed on the bar is that you can see which plates are most popular – the plates with fewer pintxos – so you know what to get! Be adventurous, you really can’t go wrong here. 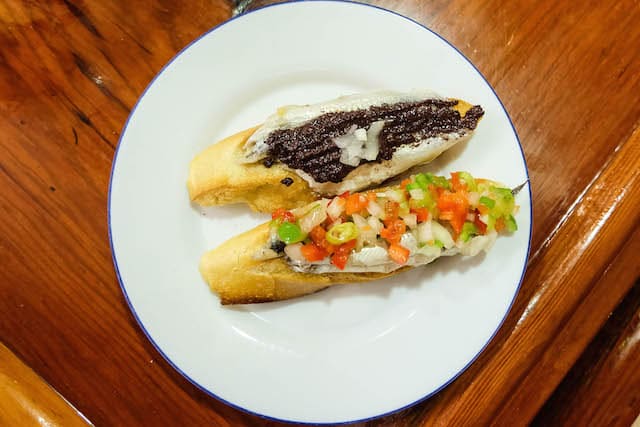 A meal in the Basque Country is incomplete without a glass of kalimotxo (or calimocho). Who would have thought that mixing red wine with cola would taste so good? The Basque people, that’s who! This is the best drink idea since tinto de verano (red wine mixed with lemon soda). As crazy as mixing wine with soda sounds, this country is really on to something with these concoctions.

Stroll to the top of Monte Urgull 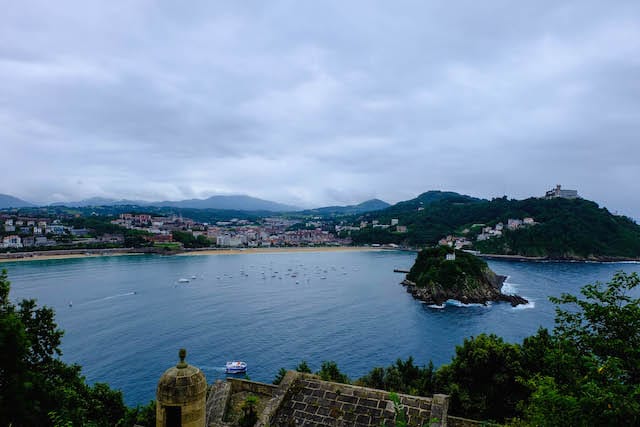 A short walk up from the Parte Vieja is Monte Urgull, my favorite spot to sit and gaze at San Sebastián and the surrounding ocean and hills. At the very top of Monte Urgull is a castle that is now a museum and a giant statue of Jesus. The museum is worth a look if you want to learn about the history of the region, but the views are really what you want to see after climbing all those steps.

Hike to see the sunset at Monte Igueldo 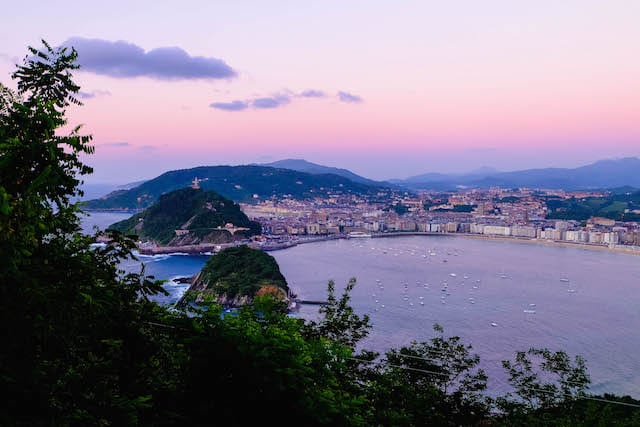 If you want one of the best views of San Sebastián, you have to work for it! Or you could take the funicular, but the gorgeous views of the city and the sea are worth the walk, especially at sunset. Monte Igueldo is further away than Monte Urgull, so there’s a better chance of having the whole area to yourself. It’s a peaceful and quiet place to take in the view of San Sebastián.

Ride the waves at Zurriola Beach 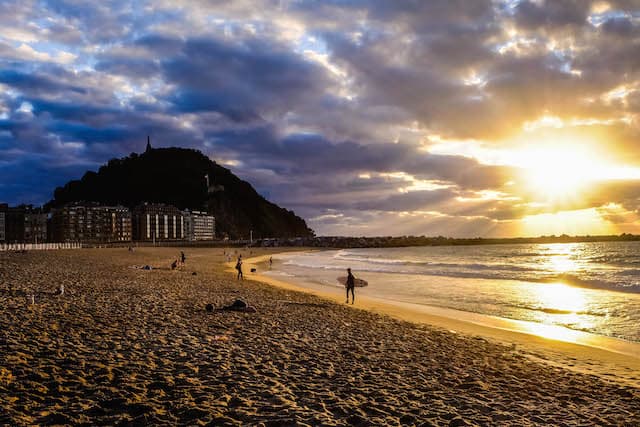 Surfing is a huge draw for San Sebastián; surfers are paddling out or catching the waves at all hours of the day at Zurriola Beach. Whether you’re surf the waves or watching those handsome surfers doing what they do best, your time will be well spent.

The neighborhood nearby Zurriola Beach is full of more contemporary pintxo restaurants and bars that are less touristy than the Parte Vieja and definitely worth a pit stop while pintxos bar crawling your way through the city.

Bask in the Basque Country at Playa de la Concha 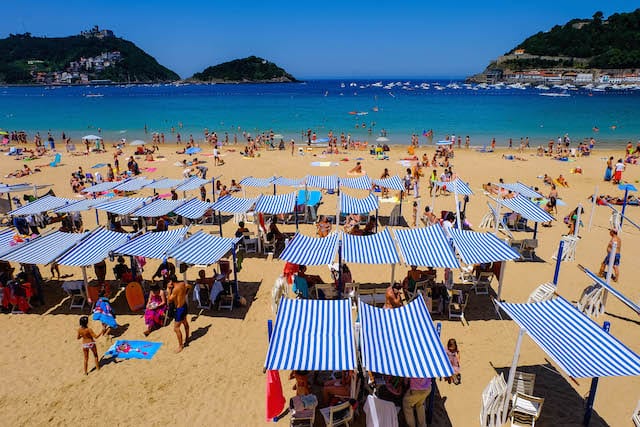 San Sebastián has one of the most beautiful coastlines in Spain – get out there and enjoy it! Rent a cute little umbrella and chair, or simply lay out your towel like I did at a spot on the far end of the beach. The water is refreshing and there are plenty of people walking around on the beach for people watching. You can also rent kayaks or take a boat to the nearby Isla de Santa Clara for swimming.

I’m not sure if it’s the unique cuisine, the sandy beaches, or the stunning vistas that captured my heart the most after spending a weekend in San Sebastián, but I was certainly glad I ventured to northern Spain to experience it all. San Sebastián just does not disappoint, plain and simple.

Have YOU ever been to San Sebastián? 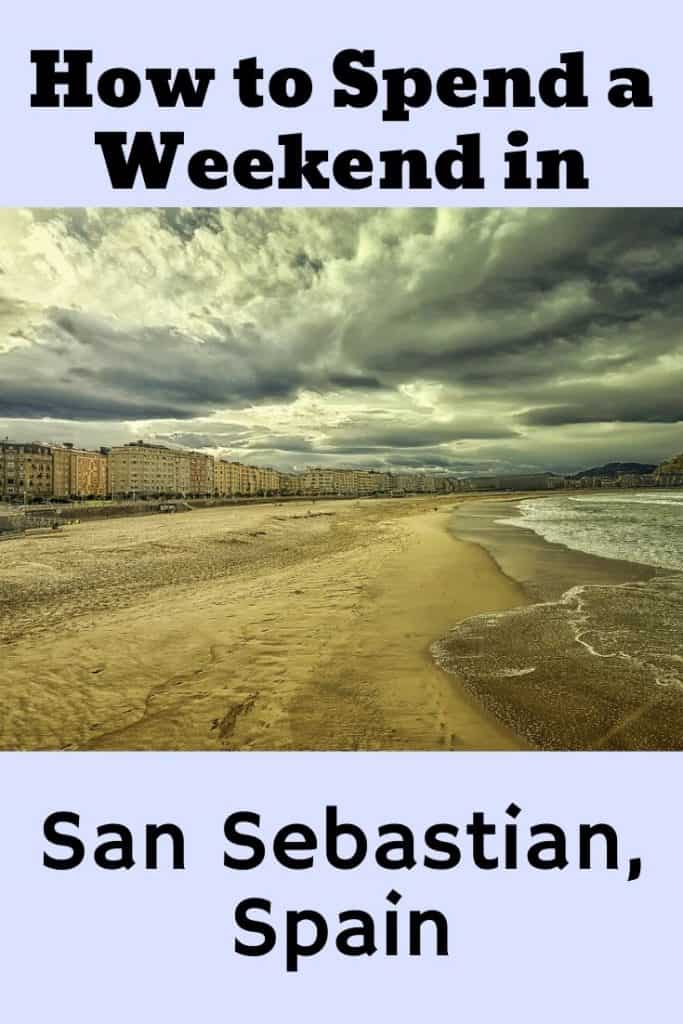 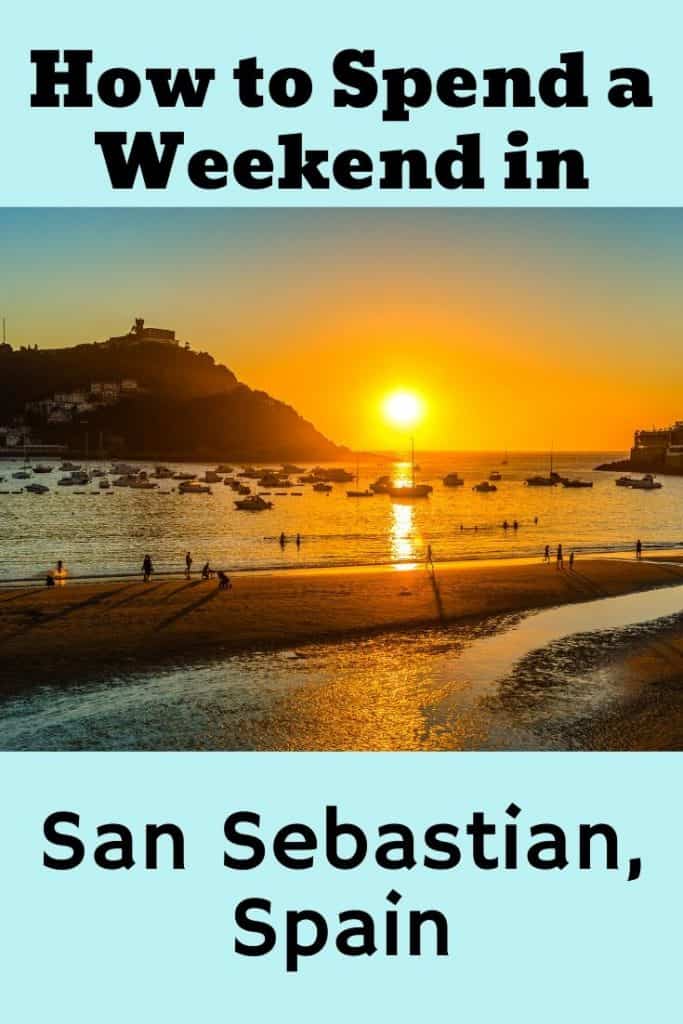 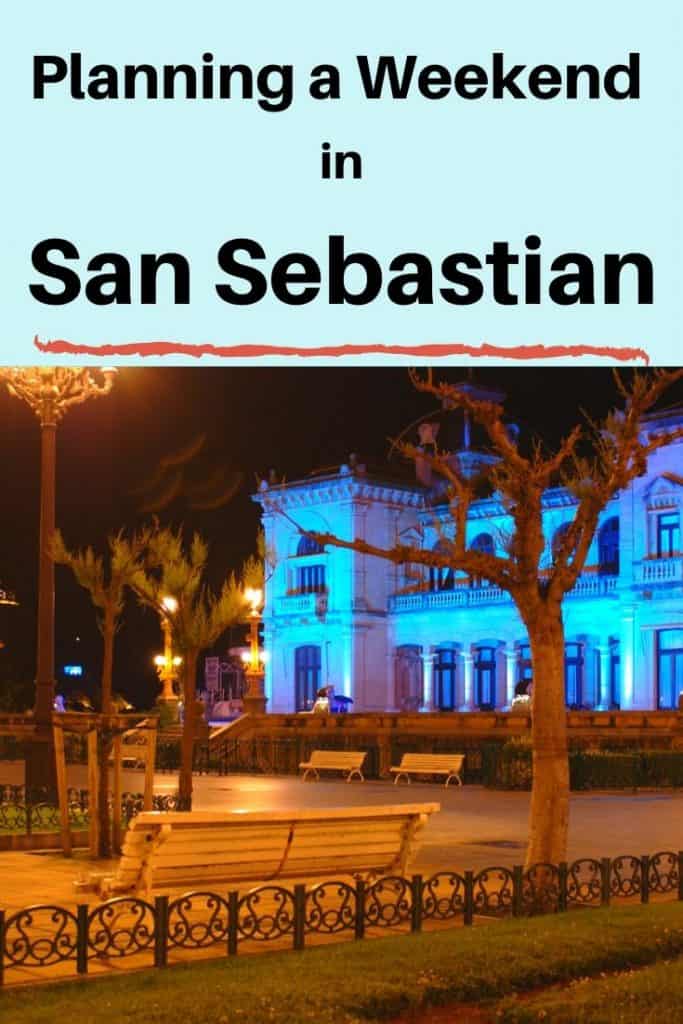