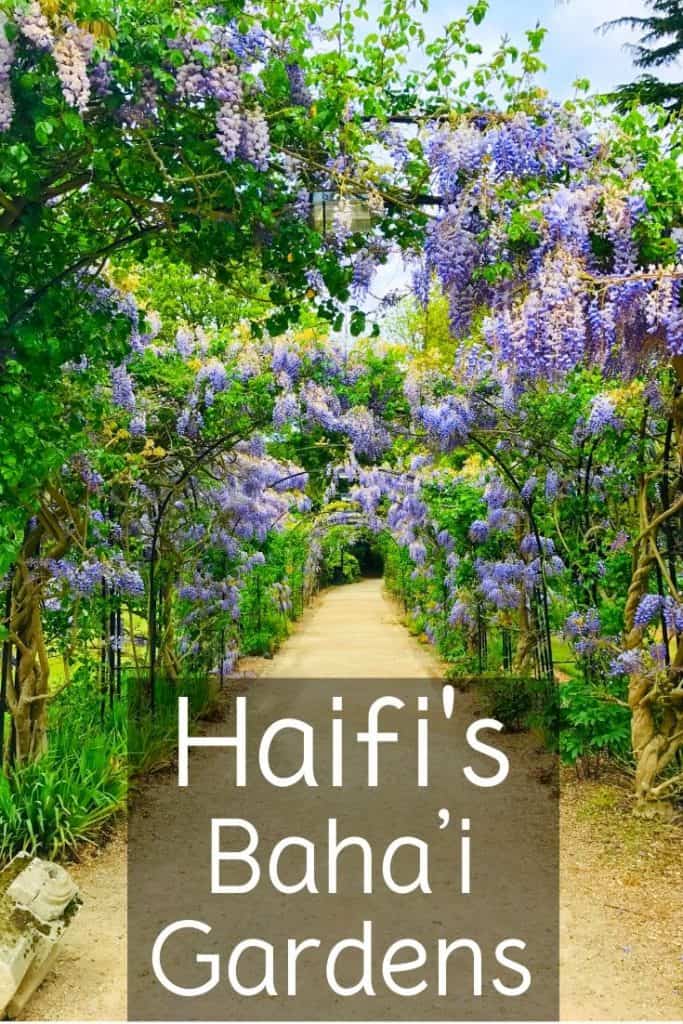 While most famous for its religious significance to Muslims, Christians, and Jews, Israel is also home to the most important spiritual sites for another less well-known religion – Baha’i.

The foundations of the Baha’i religion support the validity and truth of all other major world religions, and suggests that a monotheistic God has been gradually enlightening humanity by sending prophets (including the Buddha, Jesus, Abraham, and Mohammad). Followers venerate family, community service, nonviolence, and science in addition to religion.

The Baha’i faith, which began in Iran, is highly persecuted throughout the Middle East, especially in its founding country. Baha’i is the largest minority religion in Iran, but its followers are said to be apostates of Islam for their beliefs, and are therefore subject to discrimination and execution.

The founder of the Baha’i faith, called the Bab, was one of those executed as a heretic. The Bab’s remains were recovered by followers and moved secretly from place to place before being sent to Haifa, Israel, across the bay from where Baha’u’llah (the second major messenger of the faith) was imprisoned in an Ottoman jail in Acre, also for being a heretic.

The site of the Bab’s remains became the Baha’i World Centre in Haifa. A protected pilgrimage site for the Baha’is, the centre allows the opportunity to visit the remains of their founder in peace and without fear of persecution or plundering, and features the stunning modern wonders called the Baha’i Gardens. 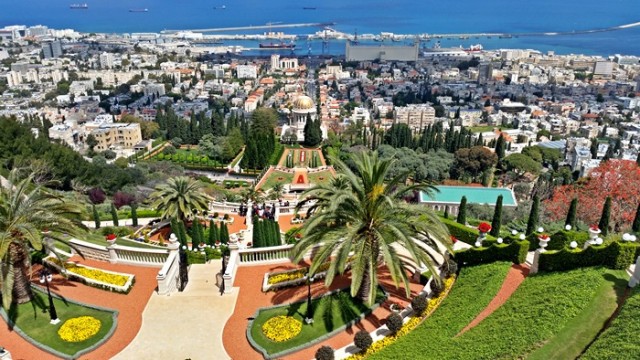 The Baha’i Gardens, with the manicured terraces, golden-domed temple of the Bab, and the city of Haifa in the background

The gardens began construction in 1987, and were opened to the public in 2001. In total, the gardens reach up almost one kilometer of the side of Mount Carmel, cover 200,000 square meters, and feature 1700 steps.

Each of the more than 450 plant species represented in the gardens were specially selected for their hardiness and environmental friendliness, and most are native to Israel. 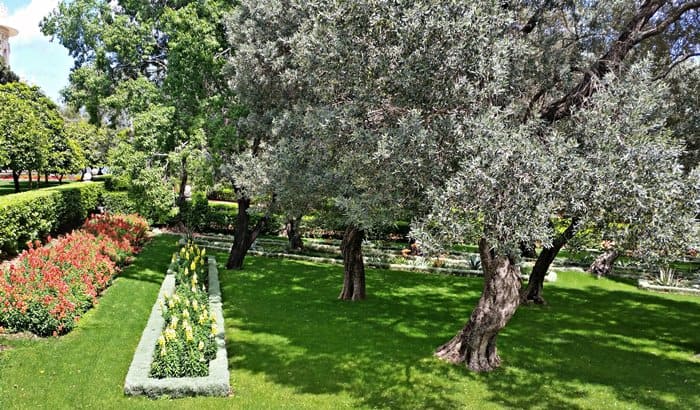 Today, the Baha’i Gardens are a stunning statement of geometric, manicured shrubbery, trees, beautiful flowers, soothing fountains, and grand sculptures. The Gardens provide the most exquisite sense of peace and beauty, a true feeling of paradise within the bustling, modern city of Haifa. 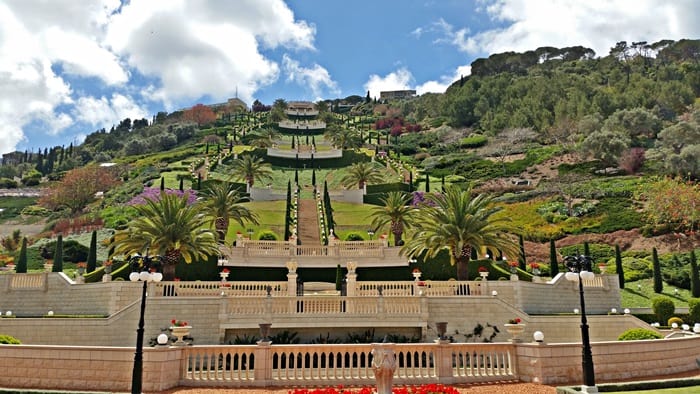 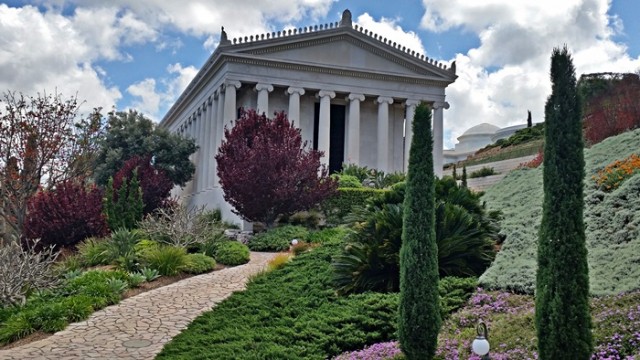 One of the administrative centers of the Baha’i faith

The symbolism of the gardens is beautifully carried out, with 18 similar but slightly different terraces representing the first 18 disciples of the Bab and their common commitment and belief yet unique personalities and traits.

The 19th terrace holds the Shrine of the Bab himself. 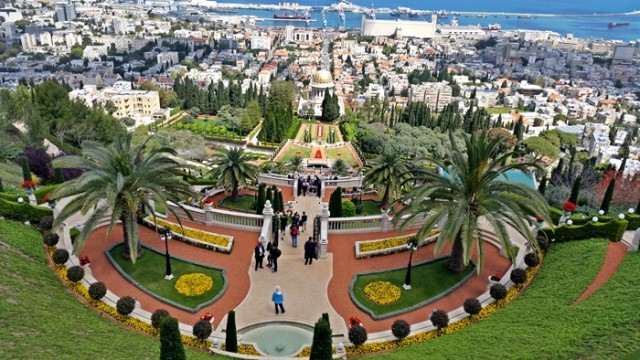 A view of one of the 18 similar terraces, with the golden-domed home of the Bab’s remains in the background

The Baha’i Gardens are open year round to all visitors, from any faith or nationality, aside from Baha’i holy days, the important Jewish holiday of Yom Kippur, and in cases of severe rain.

Entrance is free to all, and all are welcomed. The only request of visitors is to wear comfortable walking shoes for the tour, and to dress modestly, keeping in mind the importance of this site to Baha’i believers. Clothing that covers shoulders and knees are necessary. When in doubt, ask yourself whether you’d wear it to your own place of worship. In other words, you should leave the sexy tank top and short shorts at home. Though immodestly dressed visitors will not be turned away, it is very offensive.

The volunteers at the gardens offer regular, free guided English tours throughout the day (Hebrew is also available), providing background on the symbolism and significance of the gardens, as well as history and explanation of the Baha’i faith. The tour is a slow paced walking tour, winding through the many terraces and gardens, and allowing visitors the opportunity to admire and photograph the beautiful surroundings.

For more information on the Baha’I Gardens, click here. 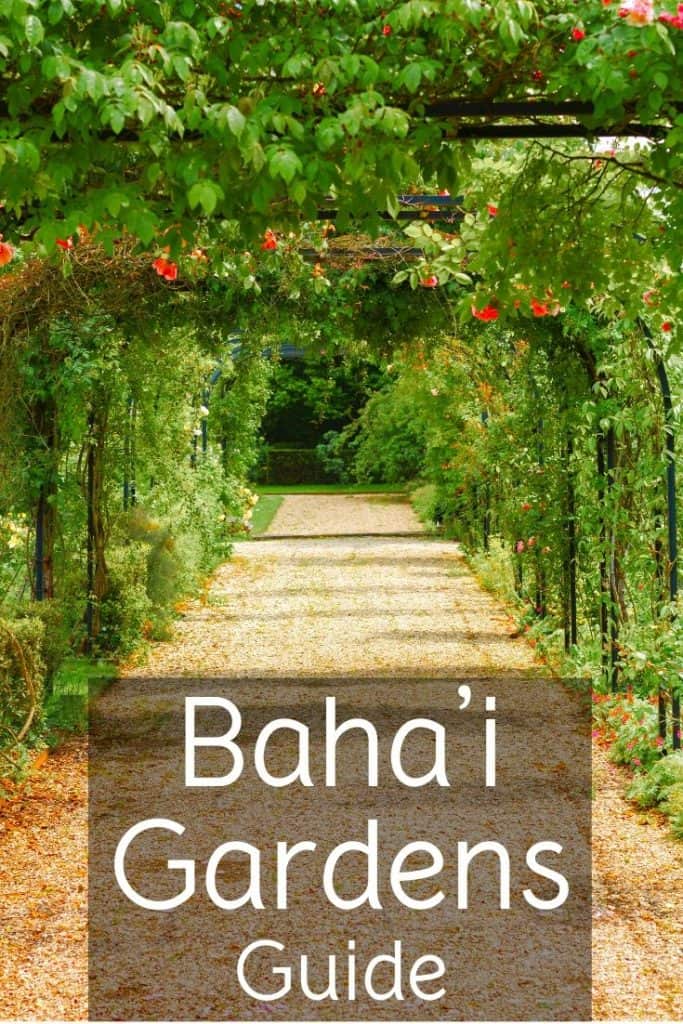 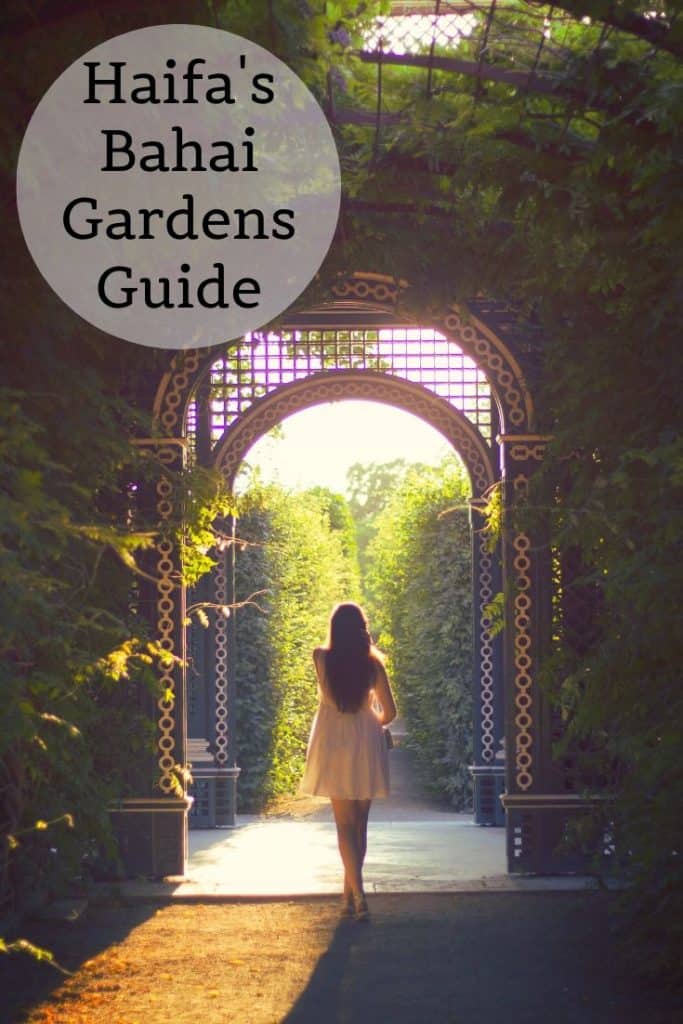 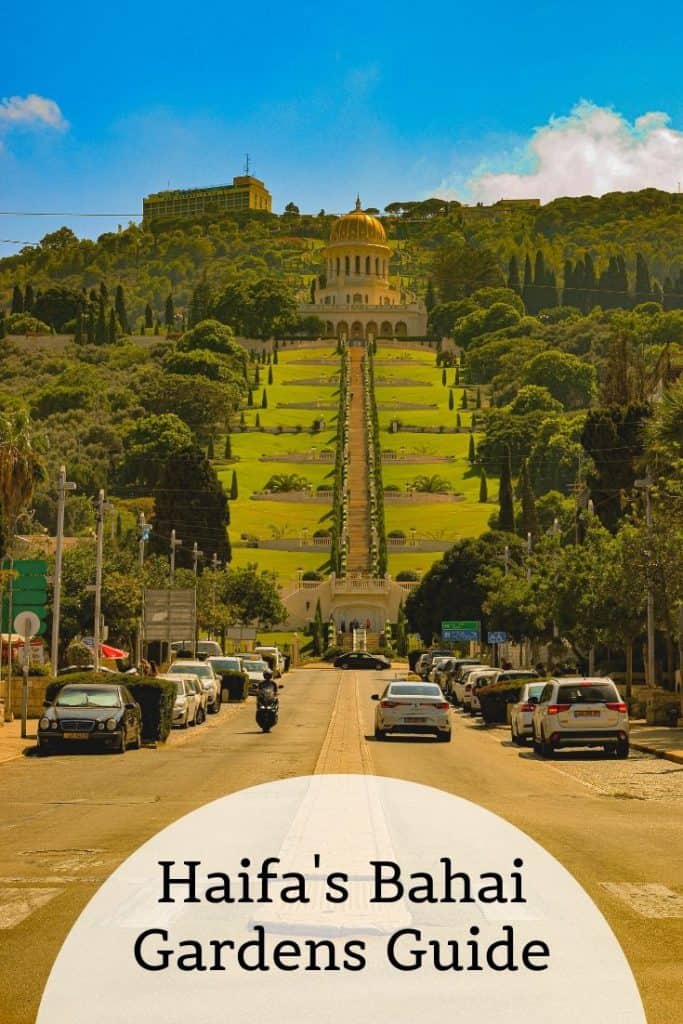 Jerusalem, the Most Historical City in the World?

2 thoughts on “Visiting the Baha’i Gardens in Haifa”