New York City often becomes a regular destination for some visitors, with a magic and charm that’s captivating and unique and a wonderful diversity and range of attractions to enjoy. While you can visit the major spots on a bus tour, there’s far more to enjoy and explore — and these hidden gems can be found in every area of the city, whether you are here on a weekend or even better, something like a 4-day trip to New York, to give you the time to see what you want to see.

While it would take a while to feature all of the hidden attractions, here are a few gems that those who stray off the beaten path just a little can discover.

The Quirky Attractions to Visit in New York

One of the most interesting places to visit in New York City is just a short distance from some of the main attractions. You can see the ruins of the Smallpox Hospital on Roosevelt Island, which dates back to the 1850s but still shows signs of the beautiful architecture and imposing structure that once housed those infected with smallpox in the city.

Another of the historic attractions is the City Hall subway station, which was taken out of service in 1945. However, it still hosts tours arranged by the New York City Transit Museum, showcasing the grand skylights and vaulted ceilings alongside the trains that are still passing through.

For a more immersive experience of the city, the ‘Ghosts of New York Walking Tour’ highlights some of the reportedly haunted spots in the city, with tales featuring Harry Houdini, Edgar Allan Poe, and even Walt Whitman. The High Line is another interesting area to explore. This public park has some lovely views and a nice atmosphere and was originally a railway line built a couple of stories above the ground to protect the locals from the heavy freight trains. 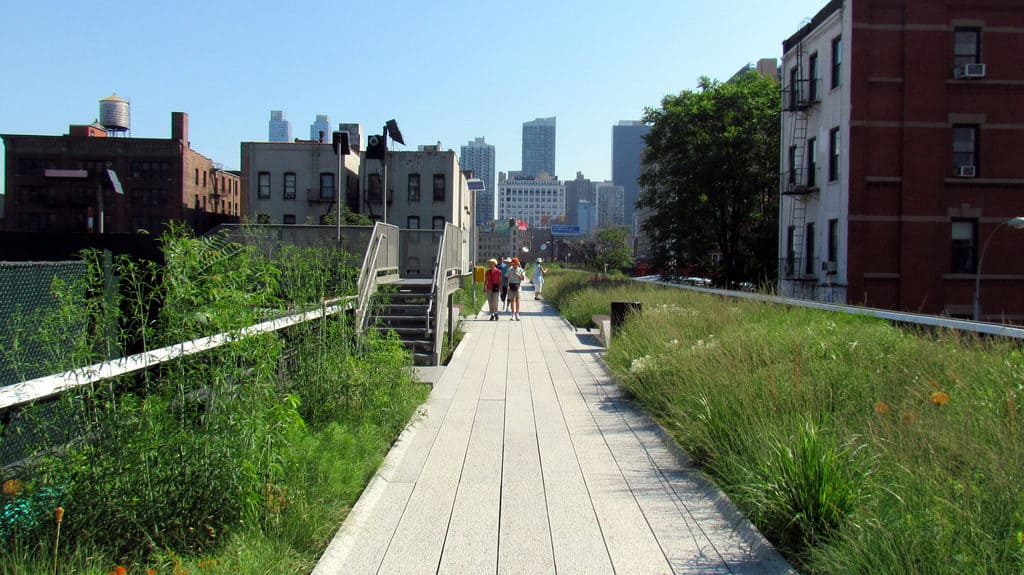 Weird and Wonderful Museums of the City

There are also plenty of wonderful museums to enjoy in New York. One fascinating collection of artifacts is found in the City Reliquary, where you can discover photos and videos of many subjects, including the city’s pests. Rats, pigeons, and bed bugs are among the other unique items on display.

The Museum of the American Gangster in the St Marks district is another gem, offering a look at a darker side of the city’s history. This wonderful building was once a movie theater and exclusive club with tunnels leading to a secret entrance in a nearby butcher’s shop.

Finding Great Accommodation in the City

There are plenty of rooms in New York to suit visitors on all kinds of budget. Whether you want an upmarket New York hotel with lavishly decorated rooms and grand entrances or simple rooms that provide a bed, washing facilities, and little else, there are numerous options available.

If you prefer a hotel stay with a difference, ‘The Jane’ in the West Village has rooms inspired by old railway carriages. It also features bellhops in full livery as part of its quirky style. CitizenM Hotel is another interesting place to stay right on Times Square, with a busy decorating style. The rooftop bar is also definitely worth a visit.

Wonderful Free Activities to Enjoy in the City

New York isn’t the most affordable city to visit compared to places like Austin where I live, but if you want great New York experiences on a budget, you can still see some of the city’s gems. One fantastic activity is to see which shows will be filming during your visit and apply for tickets, with hits such as ‘The Late Show with Stephen Colbert’ and ‘Saturday Night Live’ among the favorites filmed in New York. There are also plenty of events that happen throughout the year, such as the Thanksgiving Day Parade and the spectacular Village Halloween Parade on Sixth Avenue.

Must see places in New York

3 thoughts on “The Hidden Gems Of New York For Visitors”