Rick is a bit of a new follow for me, since I have become most acquainted of him through his very witty Twitter banter, far before I rolled over to check out his website (yes, I know, my fault entirely).

He is doing the Mongol Rally this summer with Sherry Ott of Ottsworld and Dave and Deb of thePlanetD,  created the very popular #NUTS chat on Twitter every Tuesday afternoon, blogs, does videos… pretty much I just want 25% of his energy and drive and I will start my plan to conquer the world.

So go check out his website with its many and varied components, Midlife Road Trip and follow him on Twitter and enjoy his really humorous answers to the Lucky 13 — reading tip for you… try reading aloud with a Southern accent to get in the proper mood:

1. Best movie that no one has heard of?

Most younger people probably haven’t heard of “It’s a Mad, Mad, Mad, Mad World”. It’s a brilliant comedy with an all-star ensemble cast. I credit it with instilling in me that the journey is part of the adventure.

2. What is a game that entertains you for hours on end?

I used to be a bit of a chess geek, but since I got an iPad, I’ve become a Scrabble nerd. It’s become somewhat addictive. In fact, I’m getting to where I can’t go to the restroom without it. I tend to play until my legs fall asleep.

3. If you could only drink one alcoholic drink from now on, what would it be? 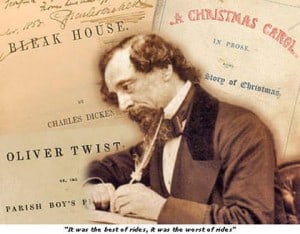 4. Who is the most overrated writer you can think of?

I am. My fourth grade teacher said that I was destined to be a famous writer. I’ve yet to live up to the hype. Other than me, I’d have to say Charles Dickens. Don’t get me wrong, I love his stuff, but he was rather verbose. He’d have never made it on Twitter.

5. What is your favorite foreign curse?

“May the fleas of 1000 camels infest you crotch and may your arms be too short to scratch.” I’m not sure of its origin, but seeing as there aren’t that many camels in the USA, I figure it’s gotta be a foreign curse.

6. What do you miss most from high school?

Getting into mischief with friends after football games on Friday nights. 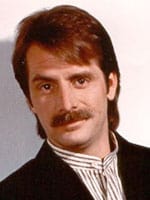 7. Who plays you in the movie about your life?

8. Tell us something interesting about one of your ancestors (older than parents).

My great uncle, Ben Baswell, played on the offensive line next to Paul “Bear” Bryant on the University of Alabama’s 1934 national championship team. He used to tell us that had to tell Bryant who to block on each play and he was basically responsible for teaching Bryant football.

9. What is your favorite sporting event?

I love college football. I’ve been an University of Alabama season ticket holder since 1992. 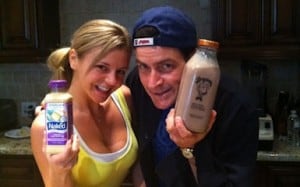 10. What celebrity would you most want to slap or berate in public?

The answer to that question probably changes daily, but right now it would have to be Charlie Sheen. Tiger blood or not, that dude is on the fast track to disaster – such a waste.

11. Where was the largest dinner tab you were ever a party to?

Excluding wedding parties and press trips where the tab has run into the thousands, I’d have to say the $643 tab I had to pick up for my daughter and a “couple of her” of her sorority sisters at a Mexican restaurant in Tuscaloosa, Alabama. We told her that she could invite a couple of friends but more and more girls kept showing up. The new arrivals would only nibble on the free chips and salsa so my wife and I kept telling them that they could order something… and they did – ouch!

12. What is your favorite room in your house and why?

I’d have to say my production studio because that’s where I feel most creative. (…and that’s the room that pays for all the other rooms:)

13. If you could ask one question to someone in history that they would answer truthfully, what would it be?

It would be hard to pick just one – so I’d be happy asking any of these people these questions:
Shoeless Joe Jackson – “Is it so, or ain’t it?”
Lee Harvey Oswald – “Did you act alone?”
O.J. Simpson – “Did the glove fit at the time of the murder?”
Meg Ryan – “A facelift! What were you thinking?”