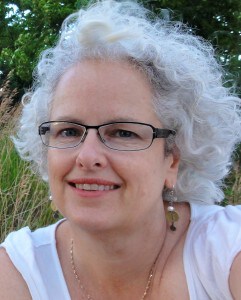 Janice, like last week’s Lucky 13 interviewee, Keith Jenkins, defines classy and thoughtful. I finally meet both in person this summer at TBU in Innsbruck (they spoke there, quite eloquently, on the topic of making money travel blogging) and I wouldn’t have expected that my high expectations of her would have been exceeded, but she leapt high over that bar.

She’s an inspiration to many of us in the travel blogging world and she can count me as one of her biggest fans.

As the name of her blog, Solo Traveler Blog, she travels like I do, alone and ready to do anything that crosses her path and strikes her fancy. Her website is a wealth of information, inspiration, and excellent storytelling.

So head on over to her blog, Solo Traveler Blog and enjoy her answers to the Lucky 13:

What you’ve asked me to do is admit to bad taste for there are few one hit wonders that were really any good. I’m going to say “In the Summertime” by Mungo Jerry (had to look it up). It was the summer between grade 8 and high school. I spent most of it at a Mooney’s Bay beach in Ottawa with friends pretending we were hippies. Ah, the summer of 1970.

This is so difficult but I’m going to approach it this way. One of my favorite books is “The Discovery of Heaven” by Harry Mulisch. (I read it traveling Europe.) It is a serious and playful book – magical really. One of the main characters is Onno who is really just one of a threesome. I would like to discuss the extraordinary story he and the other characters lived. I think there’s a lot to it that I don’t understand. The bonus is that, if I had to share a meal with the actor who played Onno in the film, I’d be eating with Stephen Fry. 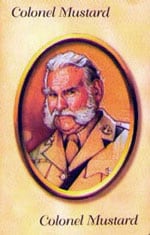 I wish there were photos of this costume

3 – Best Halloween costume you have ever worn?

I went as Colonel Mustard from Clue. Stage moustache, whited hair (yes, I was a brunette in my 20s), my father’s suit… and no one knew me.

4 – Three things you wouldn’t travel without, save the basics like money and passport.

Beyond those basics, there’s very little I need really. My wits, my smile and my computer.

5 – Which foreign languages can you speak and which one of those the best?

I speak French fairly well once I’m warmed up but, if French isn’t spoken, I am quite fluent in mime and mimicry.

6 – Your favorite actor/actress of all time?

I hate playing favorites but, if I must, I will say Dustin Hoffman – what a body of work. I will go to anything that he is in. On stage, I think few could compare to the late William Hutt but I’m not sure how well known he is outside of Canada.

7 – Location of the last place you did anything of the high adrenaline variety and what was it?

High adrenaline? Me? The closest I get is skiing.

8 – Dream trip you haven’t been able to take yet?

So many. But one I have dreamt of for many years is to go from St. Petersburg to Athens through Eastern Europe.

9 – If you could have lived in an era in history, aside from today, which would you have liked to live through? 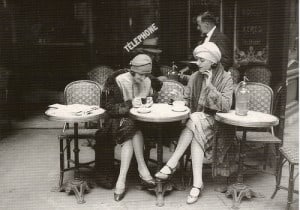 I’m Michael Hodson and I also approve of the 1920s

The 1920’s. Of course, I’d have to be well educated and have money. It would be nice to smoke and dance and drink to abandon. (What a simplification of an era.)

10 – You are at the Pearly Gates, what question do you most fear from St. Peter?

Did you live your life well? (This raises so many difficult questions.)

No Country for Old Men. Give me just about any other Cohen Brothers movie and I’d say yes rather than this one.

12 – Travel book you wish you had “lived through.”

13 – There are tons of amazing things about solo travel that you and I both love, but give us the biggest downside from your eyes.

Because I’m not a great researcher, I sometimes miss cool stuff. It would be great to have a partner who did nothing more than suggest things to do and then leave me alone to do what I want.

Don’t like spam? Check these comments out and think again.

10 thoughts on “Interview with Janice Waugh the @SoloTraveler: Lucky 13 Questions”