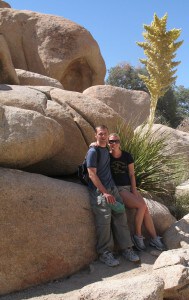 I haven’t gotten to know Christy and Scott nearly as well as I would have liked to. I have been following their blog and their wonderful photography from afar for the past few months, but they are on the long list of people that I want to hoist a few pints of beer with — which would entail us being on the same continent at some point in the near future.

I am taking the unusual step of posting up their Lucky 13 interview on a weekend because they have a cool project that needs some special attention before Monday. I should have gotten to this earlier this week, but between the social media seminar I had to do this week in Berlin and some unfortunate events of this week, I simply didn’t have the time.

They have designed an apparently game-changing bikini and are in the process of trying to secure funding to start manufacturing them. Click through that link and learn more, because they explain it (and have a video) that shows why it is such a great product better than I could. And for those that don’t know, Kickstarter is a great way to crowd source  projects that need funding — the big bonus as an investor is that if the funding goal isn’t met, no one has to contribute. They have some great things you also get for various funding levels, assuming they meet their goal by Monday. So go check it out, after you enjoy their answers to the Lucky 13:

Christy: I was an eighties rocker chick three years in a row in high school. My favorite part was the teased hair and side pony tail look. People should really have more eighties parties.

This year we both plan to be the Nice Beaver.

Christy & Scott: We would make riding your bike in tight spandex punishable by watching “Pound On My Muffin”.

3 – Who is your celebrity look-alike?

Scott: That would definitely be Gargamel from the Smurfs. Christy is my evil cat Azrael.

Scott: Is this a trick question? That’s like asking my Mom which child she loves the most. The only thing I can tell you is that I love them all equally. Honest to God’s truth.

Christy: I have no idea. Aren’t they all the same?

Christy: Swept by Torre De Roche, but you’ll have to wait until 2013 for that one. So, Shantaram: A Novel

would be my second choice.

6 – What is your favorite television show?

Christy: It’s a toss up between between Mad Men

. Apparently I like to watch grown men get wasted and ruin their lives. It makes me feel better about myself.

7 – If you could never again step foot on one of the six populated continents, which one would you give up?

Christy: After thinking long and hard about this, I’m gonna have to go with none. I’m not willing to give up any of the continents, but I would be willing to give up drinking for a day to make up for not having an answer to this question.

Scott & Christy: Google. They are going to take over the world, so I might as well vote for them. We are voting, right?

9 – Best gift that you have given in your life?

Christy & Scott: How do you know if someone really likes the gift you give them? I guess you could ask them, but who really has the time?

Follow-up: Best gift you have received?

Scott: A toothbrush from my dentist.

Christy & Scott: take all of your money. Yes, I mean you. 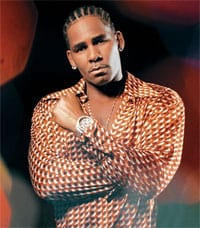 Rumor: Next album to be titled "Hide your Children"

11 – What is the most embarrassing thing on your iPod?

Scott: Why would I put embarrassing songs on my iPod?

Christy: I just looked and somehow I have R. Kelly, Bump N’ Grind. Scott has it too, because I got all my songs from him.

12 – Outside the travel field, what would your ideal profession be?

You guys are sick! It’s someone who studies frogs, reptiles and other amphibians.

13 – Your four ideal dinner companions you’d like to invite to dinner, living or dead.

Christy: John, Paul, George and Ringo, so I could figure out which one of them I like the best.

28 thoughts on “Interview with Christy and Scott of @OrdinaryTraveler: Lucky 13 Questions”