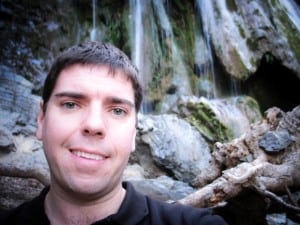 Andy Hayes is someone that I have be following for a while, but until I sat down and listened to him speak at TBU Innsbruck last summer, I didn’t know he would be one of my gurus.

Andy is my newsletter guru.

I had known for quite a while that I needed to set up a newsletter and just get going with it, but sitting there and listening to him talk about newsletter strategy (and the need for one) finally pushed me into doing it. Then again, few things push me quickly, it still took me about six months to finally get around to doing it, but thanks to him, I finally have a vibrant newsletter that people seem to like so far.

Andy has so many things going on — I think he rivals me for having too many irons in the fire. Website consulting, speaking, social media consulting, and traveling and blogging, of course. Somehow he seems to manage to keep it all together and moving forward a lot better than I do.

Perhaps I need to just elevate him to my overall life guru. So in the meantime as I think about that, go check out his website, follow him on Twitter and enjoy his answers to the Lucky 13:

1 — What is the superpower you most want?

How about telekinesis. (That’s the ability to move and bend objects with your mind, for those of you on your first cup of joe.)

If I had to create my own superpower, I would ask for the ability of superhuman communication – that I could make two people actually understand each other. Flawed communication is probably man kind’s greatest weakness.

If I were King for a day, I would make hate and bullying illegal and punishable by lashings with wet noodles. I’m only half kidding on the last part, but seriously – there are childhood bullies, there are corporate bullies – the bullying needs to stop.

3 — What blogger, other than you and me, should everyone be reading?

The name that jumps immediately to mind is Chris Guillebeau, who has a great perspective on travel, business, and life. This post is a perfect example why.

4 — If you closed your eyes and thought about a single drink you had a single location that brings the biggest smile to your face, what was it and where was it?

When I was in New Zealand, I decided to walk one of the south island’s “epic trails” – there are lots of trails in NZ, but these are the ones that have the best amenities, the best views, the most jaw-dropping examples of Mother Nature. My first choice was the coastal walk on the Abel Tasman National Park. I started the walk in a town called Mouteka (and absent-mindedly told no one what I was doing), and it was off day so things were quiet. I didn’t see another person for like 2 days, and the first person I did see looked suspiciously like a backpacker killer.

Anyway, I survived and treated myself to a couple nights at the Awaroa Lodge, which you can only get to via boat/plane/foot. It’s actually a far more luxurious resort than I had known. I remember that first sip of Monteith’s, a great NZ beer – one of the best beers in the world actually. Oh, the golden nectar. After being slightly dehydrated, slightly delirious, and more than slightly un-caffeinated it was a very welcome refreshment. (Note: you can of course bring beer or whatever you want on the trails. But I wasn’t very well prepared and you have to carry everything with you, so choose wisely.)

I love Sean Connery, but I think he might have been a little before my time. So my vote has to be for Pierce Brosnan in Goldeneye. 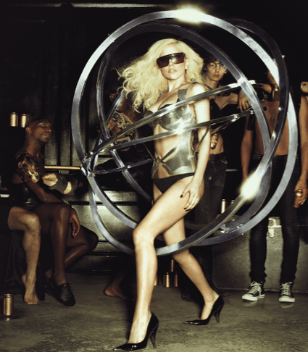 Lady Gaga. That b!tch is smarter than you probably realize. Total nutcase, but smart.

7 — Location of your most drunken night?

Hong Kong, for sure. And quite possibly the night after I landed in Hong Kong – yes, after a 20-ish hour trip from Amsterdam, I arrived early evening, and the welcoming festivities didn’t end until the next day. The cycle repeated until I nearly passed out on a rickety bus from Hong Kong to Stanley 3 days later.

8 — What is your family most proud of you for, so far of course?

At first it was probably the fact that I’m the most educated person in the family, but if behavior says anything, I would say they’re most proud of the fact that I always live in interesting countries/places. They like having a place to crash, let me tell you. And I don’t mind; many people would probably say my mother isn’t that “well traveled,” but I guarantee you that she will have some crazy-ass tip about something you have never heard of. She’s always spot on with her travel research.

9 — Who is the most overrated actor or actress? 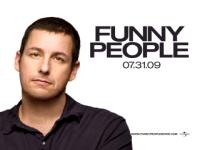 Not so for Andy

I don’t have a TV and don’t watch that many Holywood films (Bond being one of a few exceptions), so it is hard for me to pick just one. 🙂 I think I’d have to go with Adam Sandler. He isn’t funny. At all.

10 — Food you want everyone to try at least once?

Haggis from Scotland. It sounds worse than it is (seriously, no, don’t go look it up. Oh, shit, you went and looked didn’t you). On a cold dark night it is so good on top of a baked potato with cheddar cheese – a cheerful meal in the UK for sure. Best washed down with a dram of whisky!

11 — Dead historical figure you would most like to have met?

Perhaps Cleopatra, to get an insight on what was such an interesting and tumultuous time in history. (I’m reading a biography about her, so perhaps that’s why it comes to mind.) Also would love to have chatted with Leonardo Da Vinci about his tips on being a renaissance man.

12 — Most disrespectful thing you have ever personally witnessed?

I’m not sure if the guy in Rome who took a massive crap right in the middle of Via del Corso is most disrespectful or just downright disgusting. However, what was definitely disrespectful was the downright rude and obnoxious behaviour bb some American tourists while a Khmer Rouge genocide survivor told us his story. He was one of the witnesses in the Khmer Rouge trials, and they treated him like a pet monkey. Awful.

13 — If someone gave you $10,000 on the condition you had to spend it frivolously, selfishly and not on travel, how would you spend it?

Is it bad that the first things that come to mind are wildly expensive champagne and wine? Seriously, let me call up Gary Vaynerchuk – we’re go shopping.

News and Newsletter and…. Giving Away $100 to You

8 thoughts on “Interview with Andy Hayes, a.k.a. @andrewghayes: Lucky 13 Questions”