One of the main things to be aware of when visiting Rotterdam is that for the most part it is a very modern city, and despite its long history was almost entirely rebuilt after being flattened by a German bombardment in 1940. Nonetheless, it is still a fascinating place to explore, and is one of the gems of the Netherlands, with a range of attractions and sights that help to make this a remarkable place to visit. 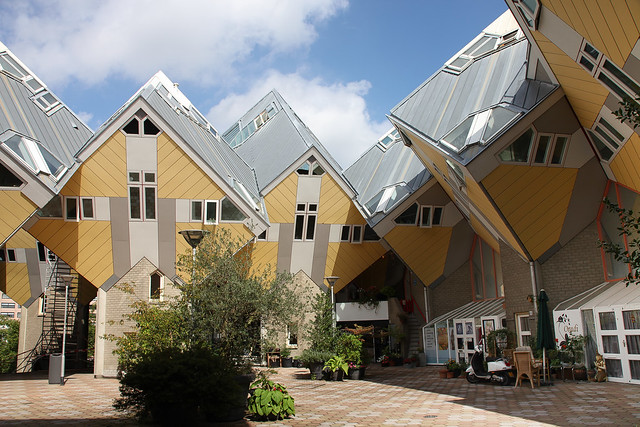 When it comes to iconic sights of the Netherlands, windmills are some of the national symbols. These two windmills date from the eighteenth and nineteenth centuries, and are regularly open to the public. As well as being spectacular examples of historic Dutch design, they are also fully operational windmills and continue to grind spices and ingredients for snuff tobacco — meaning it’s particularly impressive when the windmills are turning and doing the work they were designed to do.

This historic church was one of the few Rotterdam landmarks that largely survived the blitz of 1940, and there are many pictures that show the church still standing in an area that was almost completely flattened. Today the church has been fully restored, and the work of nearly twenty years after the Second World War is seen in this wonderful Gothic structure. Having seen building begin in the fifteenth century, the first stone building in Rotterdam is still one of its most important and impressive.

This is one of the largest attractions in the Netherlands, drawing over a million visitors every year, and the collection of animals that can be encountered at the zoo is certainly one that makes for a great place to visit. From African giants such as elephants and giraffes through to polar bears and penguins, the Rotterdam Zoo offers a variety of animals, along with an excellent Oceanarium which offers a spectacular look at different fish and marine species.

When it comes to spectacular sights in Rotterdam, there is no better view than that of the city from above, and for those who are brave enough to take a skydive over the city, then spectacular views and heart pumping thrills are all a part of the experience. This is the only city in the Netherlands that allows people to enjoy a skydive over the city, and while it is hard to enjoy the scenery during the free fall portion of the skydive, once the parachute opens you can relax and enjoy the wonderful view. 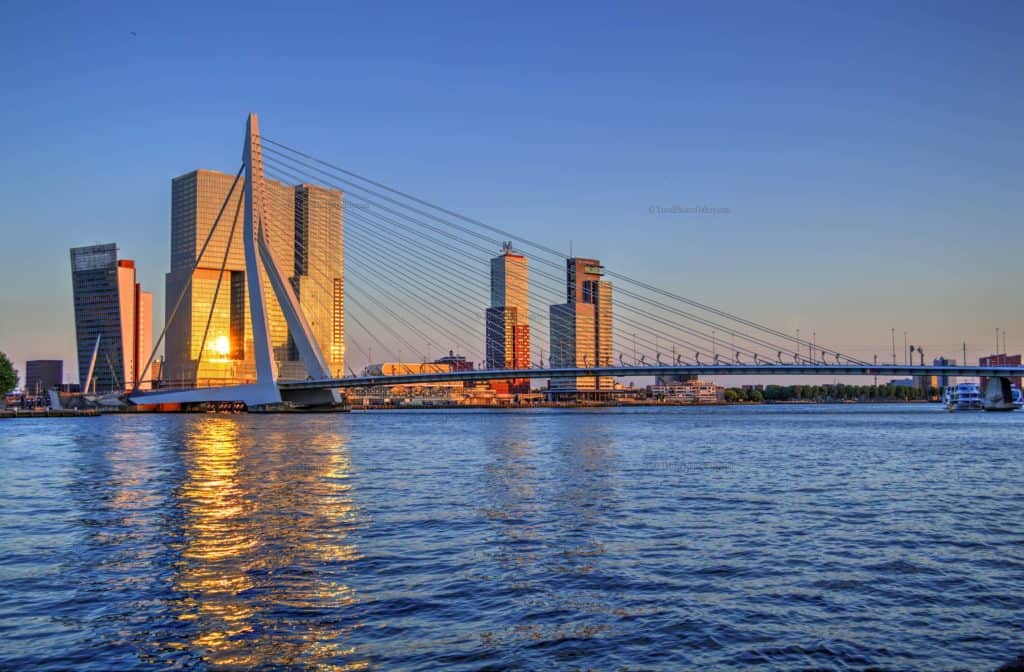 Art has played an important role in Dutch culture for centuries, and this museum has a wonderful collection of classic and modern art that is a cultural blend that is suitable for such a city. There are some remarkable works from painters such as Rembrandt and van Gogh, while the modern collection includes great pieces from artists such as Kandinsky and Salvador Dali. This is a great museum that is easily accessible at the heart of the city.

There are a lot of ways to reach Rotterdam, including by train and air. If you’re in southern England and looking to get there, forget flights and train transfers, though; ferries run frequently from Hull and Harwich to Rotterdam.

A ferry company is currently hosting to win an inflatable solar lantern — perfect for all sorts of travel adventures.

10 thoughts on “The Top Sights To Visit In Rotterdam”