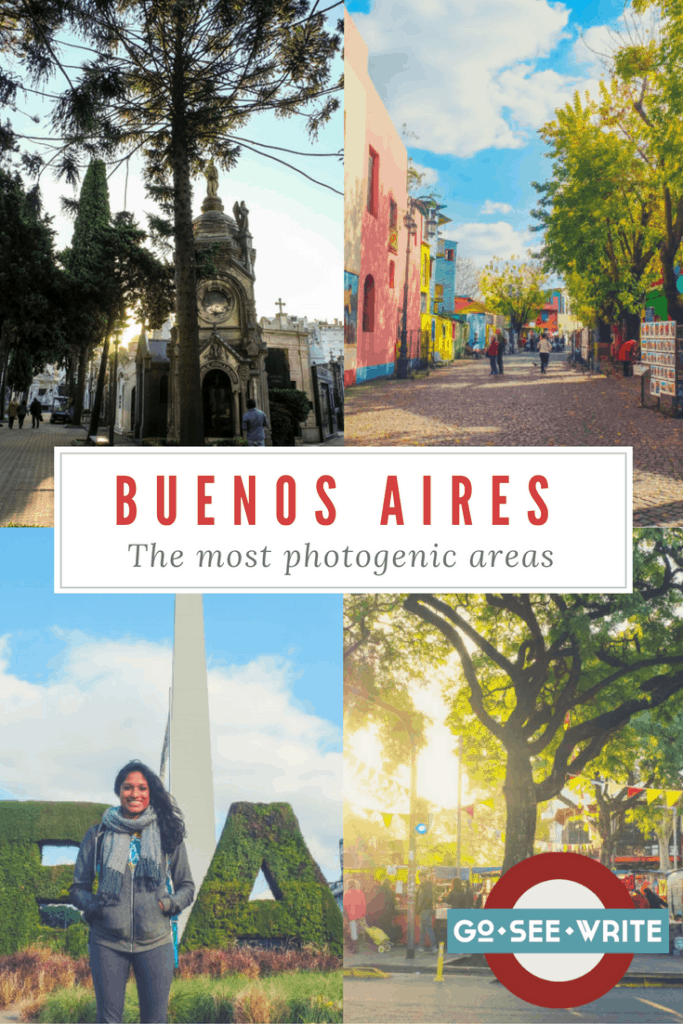 Buenos Aires isn’t nicknamed the “Paris of South America” for nothing: its architecture mirrors that of Europe so much that you might actually forget you’re in South America. With a culture so diverse and colorful, Buenos Aires is a must-visit if you’re visiting Argentina. I’ll admit that I wasn’t enthralled with the city during my first visit in 2011. It wasn’t until my recent visit in which I spent a few weeks exploring Buenos Aires that I fell in love with the city’s charm. Buenos Aires is just so beautiful. Grab your camera and set off to these 7 of the best places to see in in Buenos Aires.

The “bohemian” neighborhood of Buenos Aires, Palermo Soho reminded me a lot of my old NYC East Village neighborhood. I took the metro to Palermo Soho every day to explore the cute coffee shops, peruse the pop up clothing stores, and try out the different bars and restaurants. I also got a tattoo here! There’s just so much to see and do in Palermo Soho, it was the one part of Buenos Aires that I could really see myself living in. 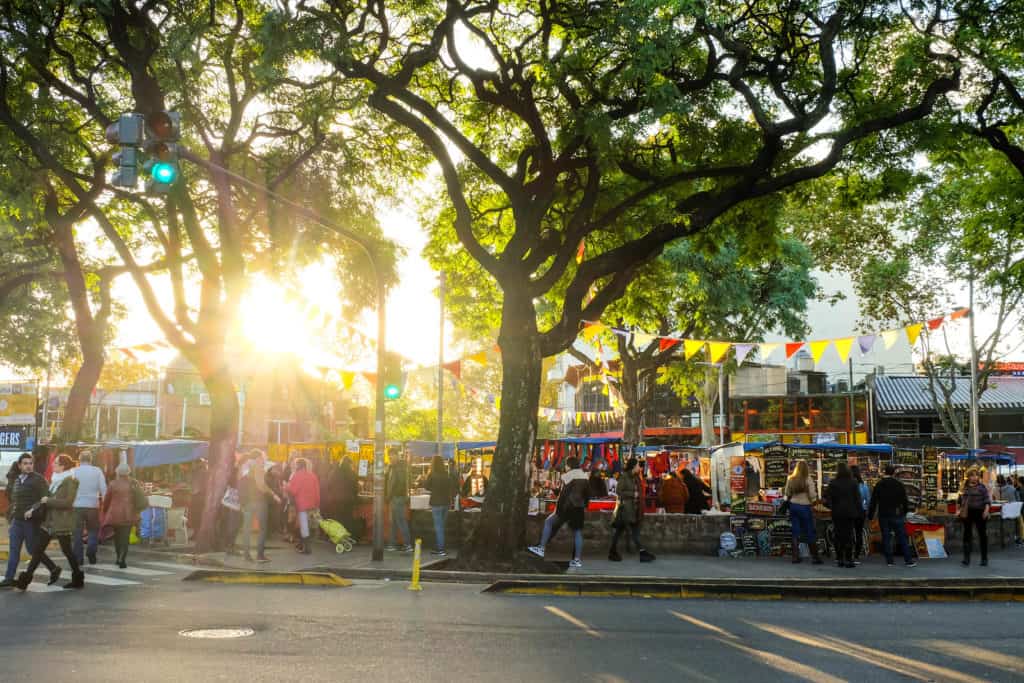 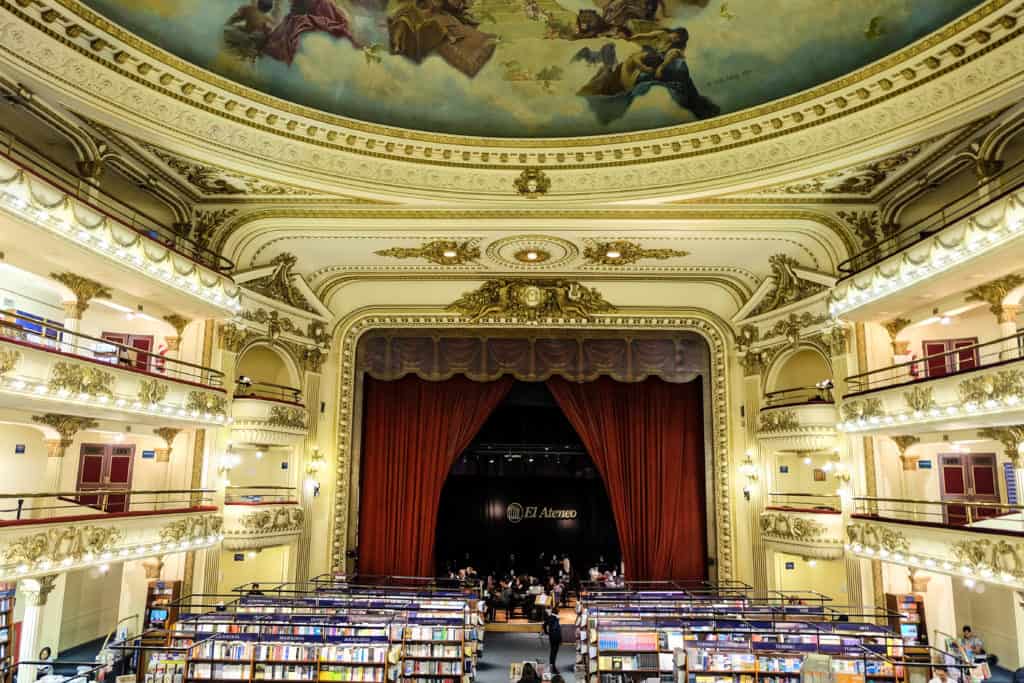 This bookstore might not be a hidden gem, but if a friend hadn’t told me about it I would have missed it completely! An old theater converted into a bookstore, the architecture and lighting is absolutely stunning. I found myself visiting the bookstore multiple times and hauling friends to check it out just to have an excuse to walk the aisles again. With a coffee shop situated on the old stage, you could spend an entire day sitting in the store, imagining the tango performances that used to grace the stage of the theater. It’s no wonder it’s said to be one of the most beautiful bookstores in the world and one of the best places to see in in Buenos Aires. 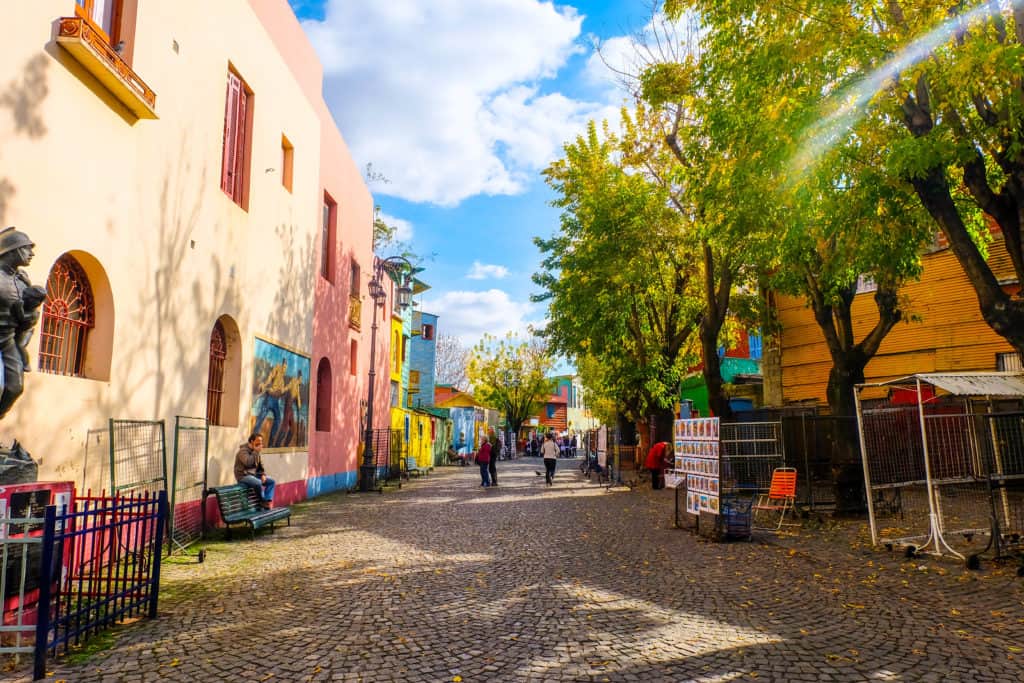 The old La Boca neighborhood is a bit touristy, but it’s for reason. The buildings of the main pedestrian cobblestone street, Caminito, are painted with the brightest colors and tango dancers are twirling around, ready for photo-ops. I loved La Boca so much that I bought a street painting of the area and have it hung on my wall at home. La Boca’s colors are so vibrant that you can feel the energy from its heyday. Note that aside from the colorful streets popular for tourism, the rest of La Boca is a working class neighborhood. 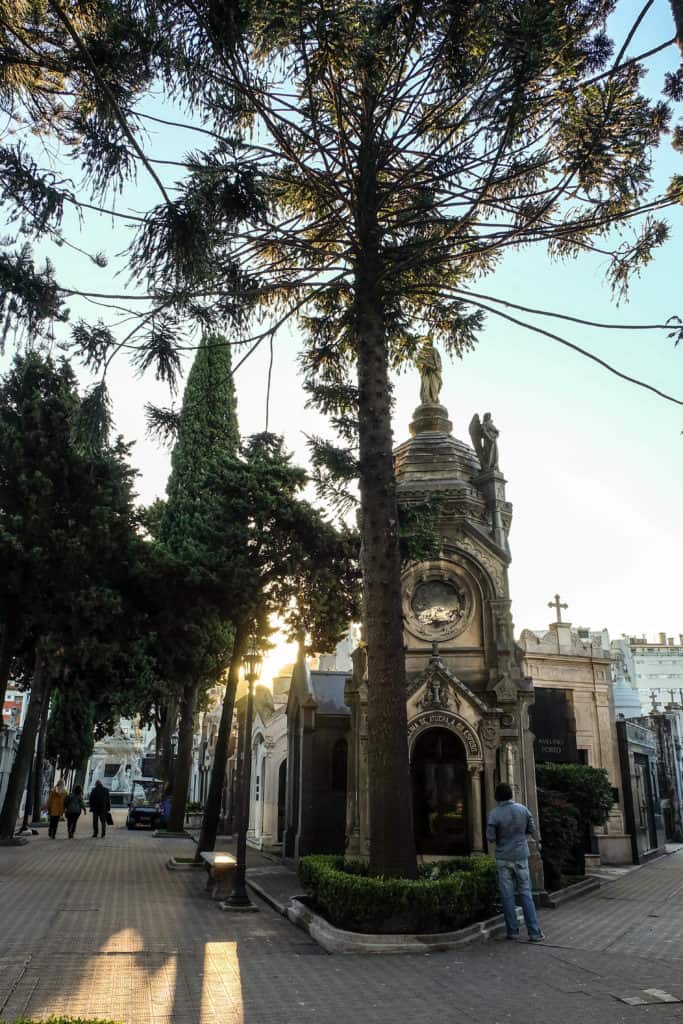 One surprising thing I learned in South America is that the cemeteries are beautiful must-sees. La Recoleta is no exception. Aside from being the resting place of Argentina’s beloved Eva Perón, the ornate mausoleums are larger than life. I never expected to see a cemetery that looked like a small city within the city of Buenos Aires itself.

And I certainly never would have thought that a cemetery…a cemetery, would be one of the best places to see in Buenos Aires. 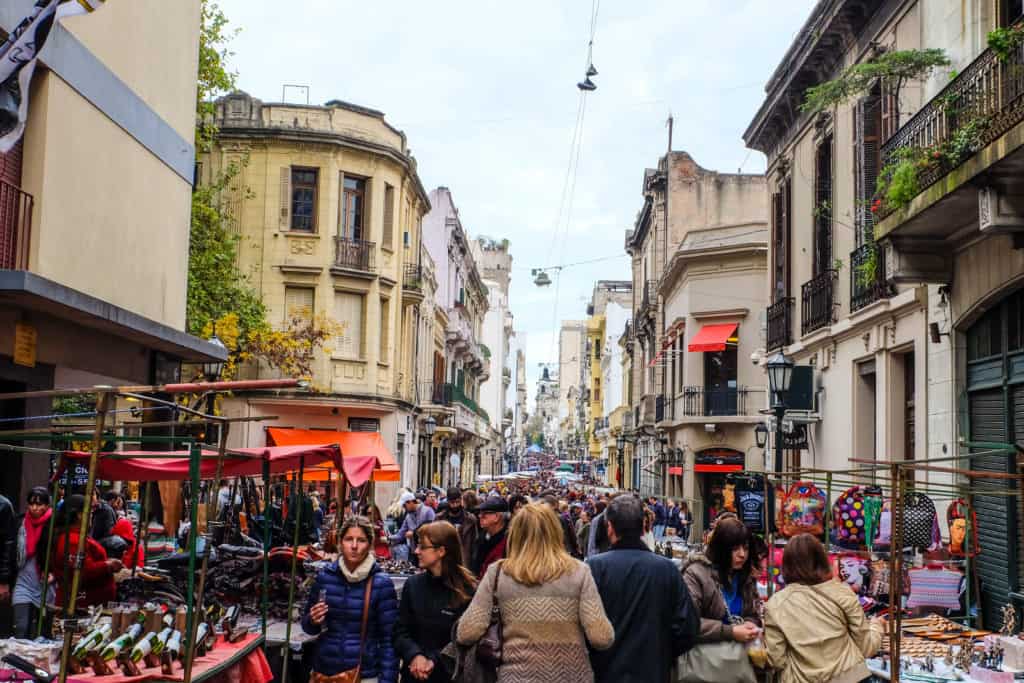 The market in San Telmo is the go-to activity for Sundays in Buenos Aires. Grab a choripan (chorizo sandwich) and walk the streets lined with stalls of knickknacks! This is the best place to buy mate, cup for the popular tea drink in Argentina, or any other souvenir from your time in Buenos Aires. This old neighborhood really comes to life on Sundays: are street artists, musicians, dancers, you name it!

No, that’s not the Washington Monument! Located right in the center of downtown, you can’t miss the Obelisco de Buenos Aires. Built in 1936, the Obelisk in commemoration of the 400th anniversary of the city. Since then, the Obelisk has been the site of many public demonstrations, gatherings, and celebrations in Argentina’s history. 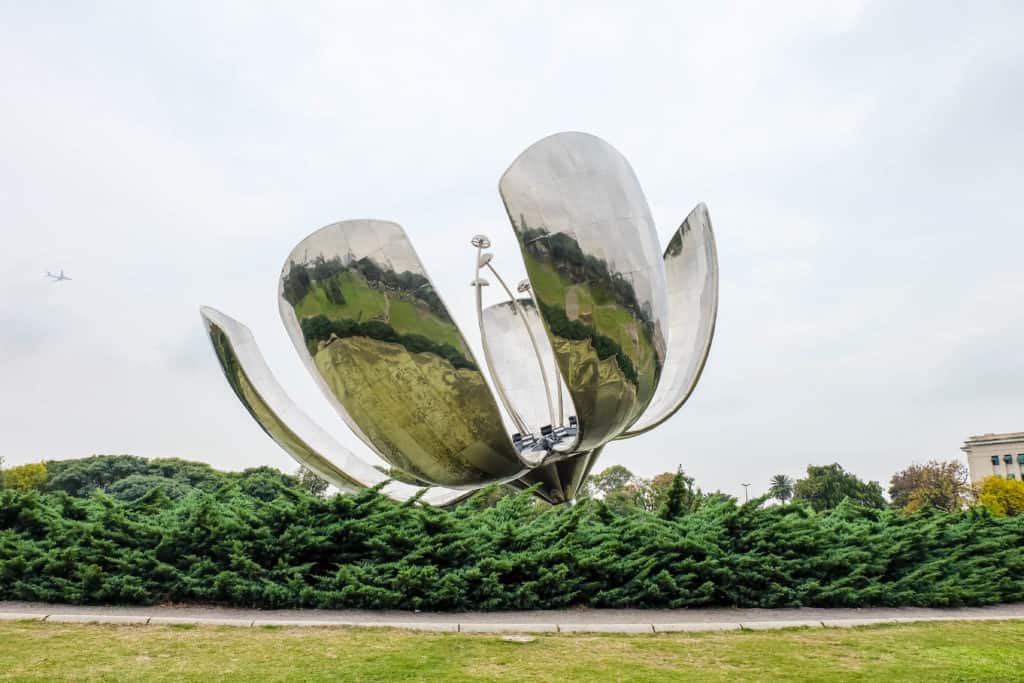 This giant flower sculpture was designed to act as a real flower: it blooms in the daytime and closes at night. Gifted to the city by the Argentine architect Eduardo Catalano, this beautiful flower is another landmark of the city.

Who needs Paris? The Paris of South America is so stunning itself!

A walk through La Recoleta Cemetery in Buenos Aires

Romance In Argentina: 5 Things To Do With Your Significant Other In Buenos Aires

Mendoza isn’t the only worthy wine region in Argentina

3 thoughts on “7 Best Things to See in Buenos Aires”