Skip to content
Home » Blog » Top 10 Things to Do in and Around La Paz, Bolivia 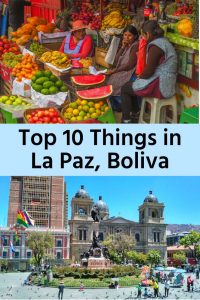 Somehow, La Paz has picked up the reputation for being dull, boring, and nothing more than a stop in the journey towards a more exciting destination.

But how wrong that assumption is!

La Paz is absolutely packed with interesting things to do and see, and definitely deserving of at least a few days (if not a week or more). I loved it so much that I spent an unexpected week in the city, and even rearranged my travel schedule to go back for more!

Take a Ride on the Teleferico

For an amazing birds-eye view of La Paz, there is no better opportunity than taking a ride on one of the city’s telefericos. The Red Line (my favorite) starts at the Estacion Central near the bus station, and ends in El Alto. The Green Line starts in Zona Sur and ends at the start of the Yellow Line, which goes into Satelite in El Alto. All 3 lines start at 5:30AM, end at 10:30PM, and cost just 3Bs per ride (no matter how far you take it).

Honor Life’s Cycle in the Cemetery 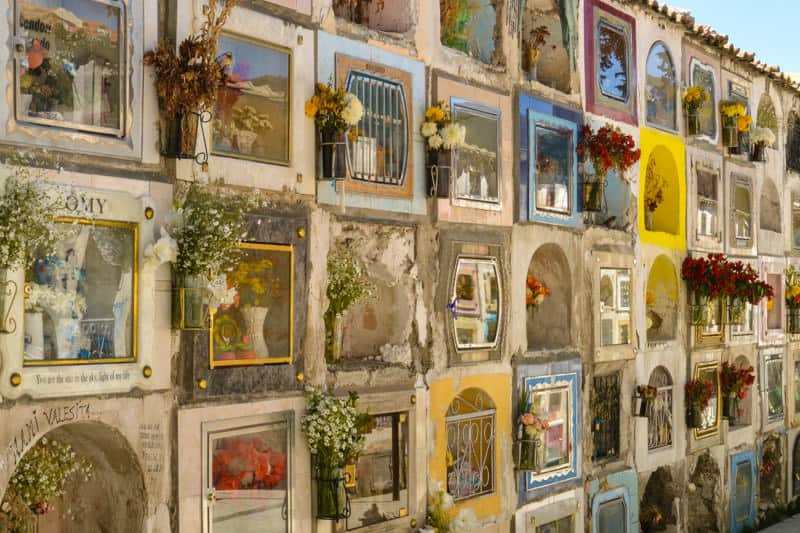 I promise, this is way less morbid than it sounds. You can hop off the Red line of the teleferico on your way back to the Estacion Central to reach La Paz’s famous cemetery (which some guidebooks will advise as an unsavory area but I never felt less than safe). It is one of the most beautiful, peaceful, and interesting cemeteries I have ever seen. I visited on the anniversary of my own mother’s passing, and it was a very fitting place to pass the day.

Get Intellectual at the La Paz Museums

La Paz is the administrative capital of Bolivia, and also home to many of the top museums of the country. The National Museum of Art hosts sculptures, paintings, and photographs from the colonial times up to the modern period in a well-preserved building from 1775. The Museo de la Coca, though, has to be the city’s museum most popular with tourists. It details the history of the coca plant, along with medicinal uses, Andean religious significance, and modern concerns of cocaine use.

Bike down the Death Road 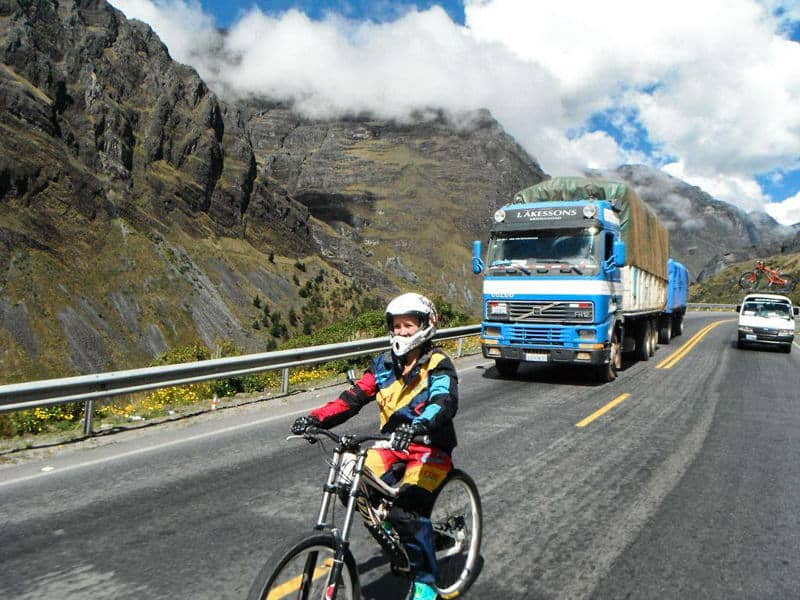 For an amazing view of the mountains surrounding La Paz, and one of the most adrenaline-packed adventures you’ll ever participate in, you’ve got to try biking the World’s Most Dangerous Road. Don’t skimp or cheap out on this journey, and be sure to book with a reputable company that provides full safety equipment, top-of-the-line bikes, and support vehicles. I went with Altitude Adventures and felt safer than expected. 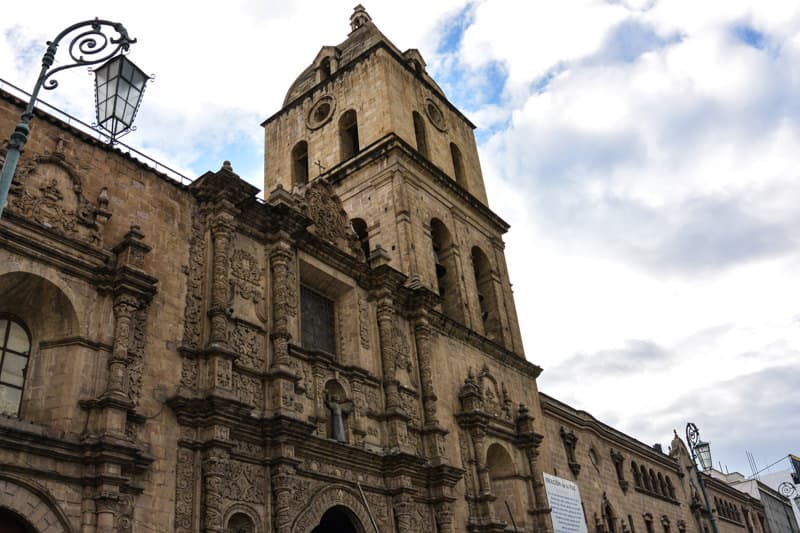 One of the best ways to learn about local superstitions and traditions of La Paz is to hear about them straight from a local. The La Paz walking tour is offered by several companies (Red Cap is a popular one), and while advertised as FREE is actually just quite cheap: only 3USD when booked in advance (like on Viator), or based on donations upon arrival. It includes stops and explanations at the Cathedral (in the photo above), Plaza Murillo, San Pedro Prison, and the Witches’ Corner. 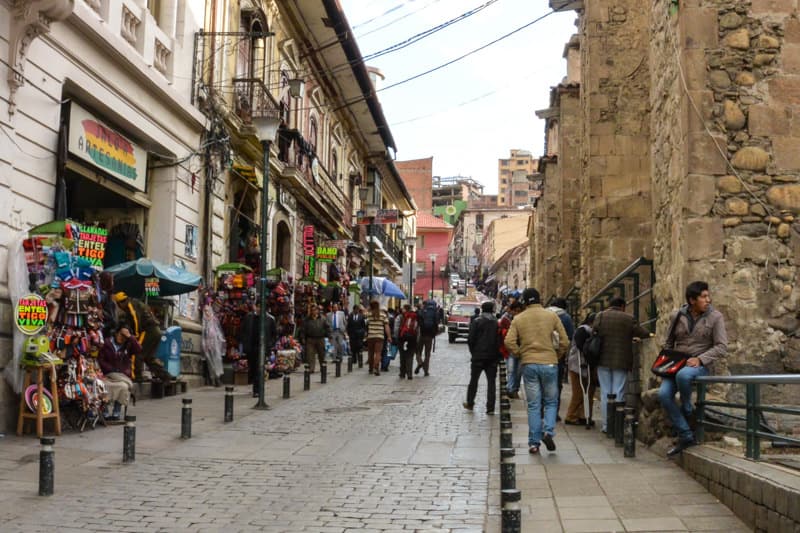 Sagarnaga Street is home to hostels, tour agencies, cafes, and tourist-friendly restaurants (including my favorite Cafe del Mundo). It’s one of the best and easiest places in La Paz to buy souvenirs as well, like backpacks, authentic alpaca clothing, and your standard key chains and trinkets.

Get Cured at The Witches’ Market 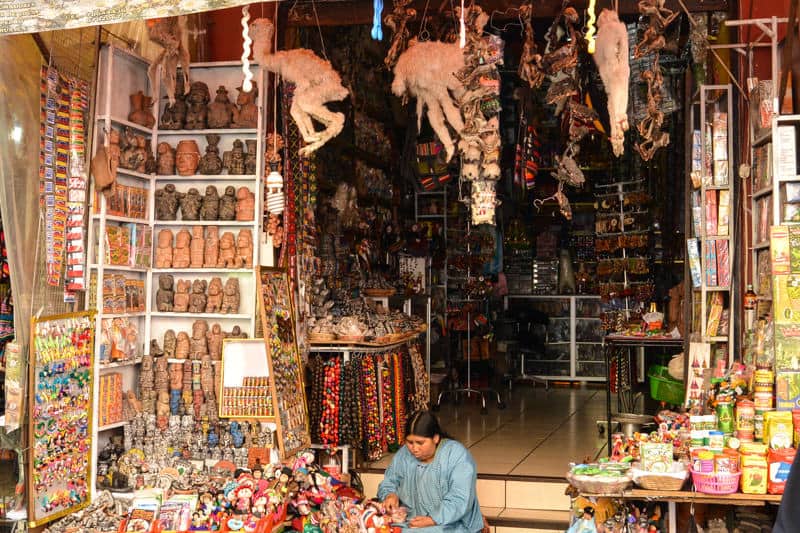 If you’re too afraid to go on your own, the aforementioned walking tours include a stop to the Mercado de las Brujas. The first time I looked for it, I passed right by, but when you see the telltale llama fetuses you’ll know you’re in the right place. You can also buy lucky figures (similar to garden gnomes) and potions for every kind of ailment including lovesickness.

Just about an hour outside of the city, La Paz tourists flock to this day trip for its eerie moon-like landscapes. It’s best to go on an organized tour with a guide, as robberies have been reported against solo travelers. 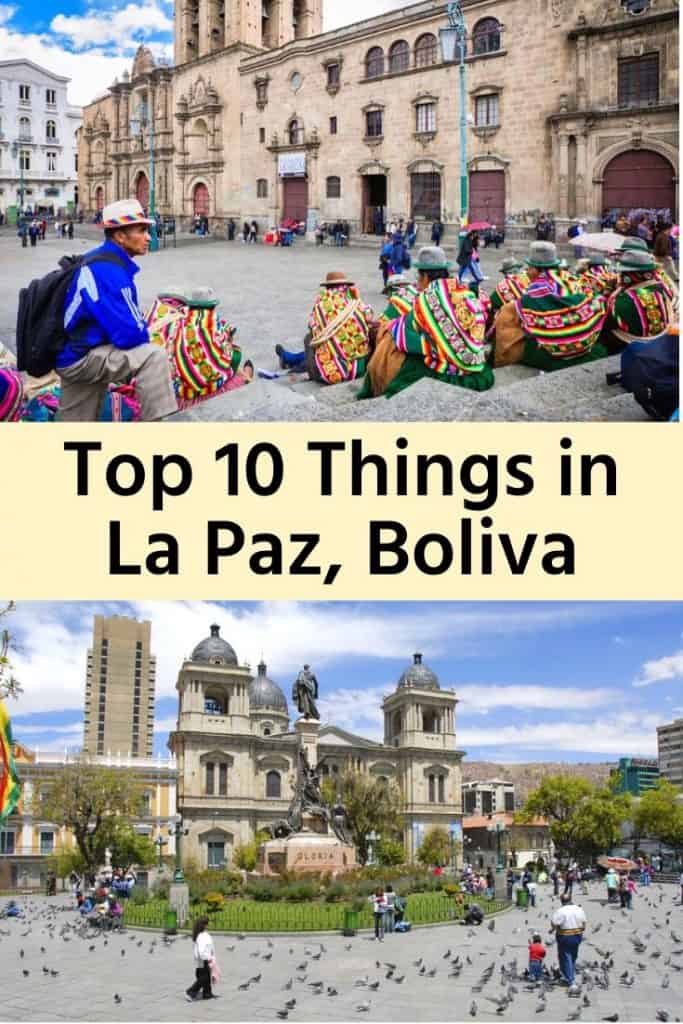 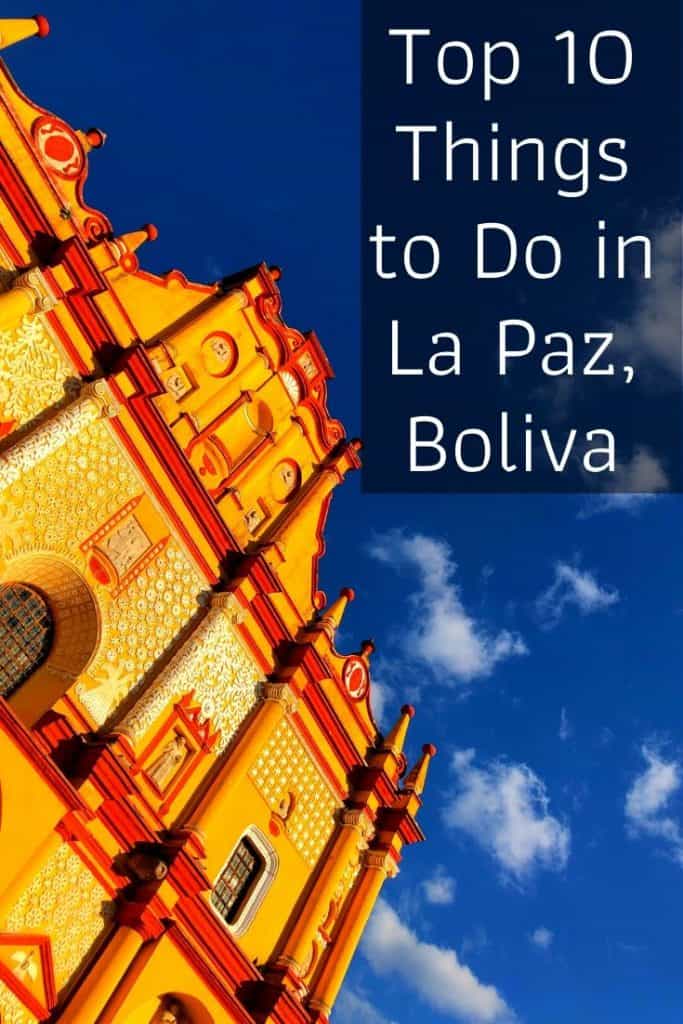 The Charming Bolivian Capital Of Sucre