Skip to content
Home » Blog » Things to do in Lincoln Park, Chicago 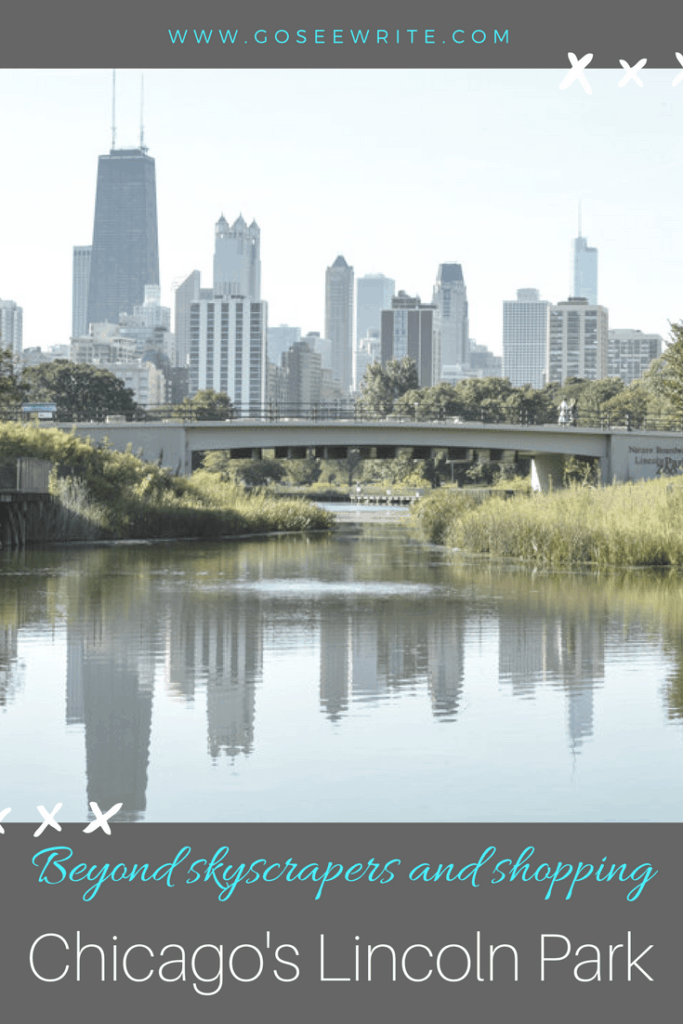 The Windy City is pretty famous for a few things: deep-dish pizza, Magnificent Mile shopping, the Sears Tower, and some serious professional sports teams. When imagining the Midwest’s biggest city, most people probably picture the most stereotypical and iconic views of the riverside, skyscrapers, and the pizza that fuels the endless competition with New York’s thin crust, but there are plenty of things to do in Lincoln Park that make it a must-see spot on your Chicago vacation.

There’s another part of Chicago worth exploring, though, in the nearby neighborhood of Lincoln Park. Offering super affordable hotel (and even hostel) stays at a fraction of the price of city center, you can see Lincoln Park with a short Uber ride or public transport ticket to the Magnificent Mile. You can enjoy all the perks of the big city, while feeling like you’re in a cozy neighborhood (and without killing your wallet).

To be honest, even though the main attractions of the city center are just a short ride away, you really don’t even need to leave Lincoln Park for an awesome experience. Read on for my top recommendations for a weekend trip in Lincoln Park. 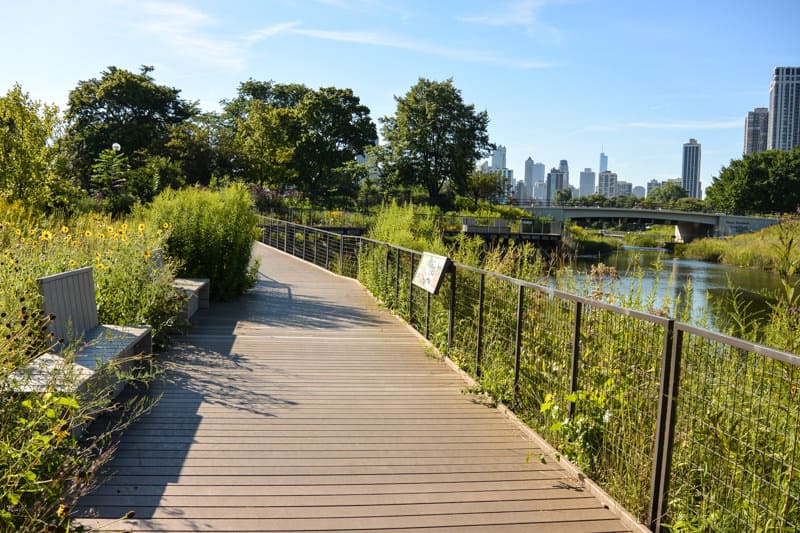 Getting up bright and early, especially on a weekday, is a surefire way to ensure that you’ll have all the Nature Boardwalk’s natural goodness to yourself. I could barely believe I was in Chicago, if it wasn’t for the skyscrapers in the background. I couldn’t hear any traffic roar, or smell any smog, and even the air carried a distinct vibe of peacefulness. It was one of the best places to hike in Chicago. I was eventually joined by a few solitary joggers, but the silence was barely disturbed. It reminded me of some of my favorite hikes in New Zealand, if you can believe it. 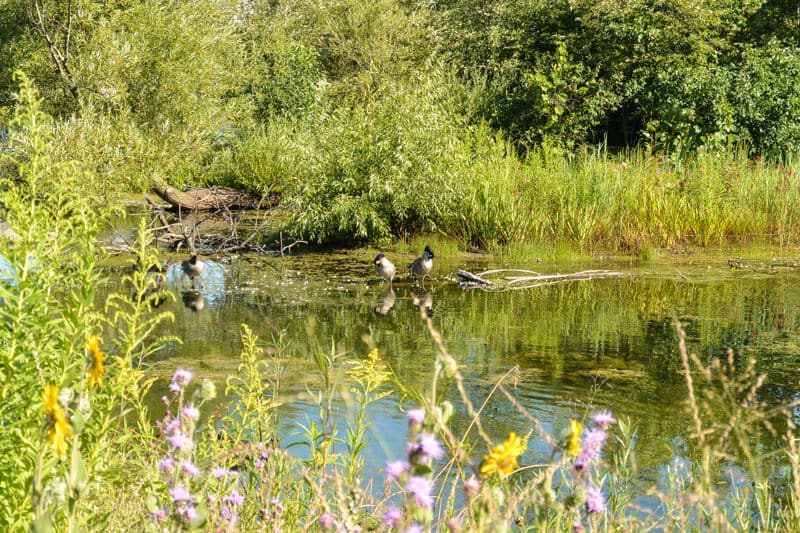 But seriously, there are birds other than pigeons in Chicago.

This big and beautiful museum hosts thousands of photographs in an archived library, along with permanent and relevant temporary exhibits. One of the museum’s most popular features is a rotating display of an enormous costume collection. Since I am a huge museum lover, I personally count this as one of the most fun things to do in Lincoln Park.

During the summer, the museum does Movies in the Park as well, which can be fabulous, depending on the weather. One of my other favorite activities in Lincoln Park is the guided pub tour that they also do monthly for members of the museum.

View the hubbub from afar 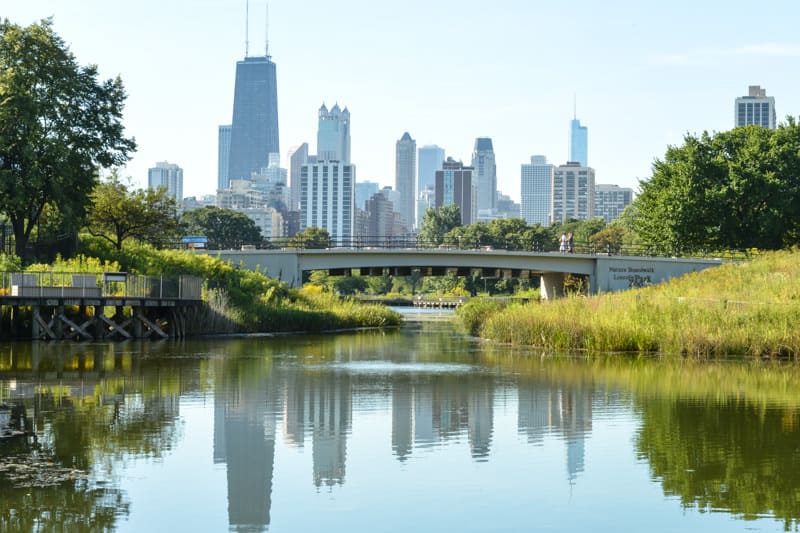 why stick yourself in the center of  the city, when you can enjoy the view from this serene escape?

The only way you’d remember being in a big city is because of the amazing views of the city skyscrapers in the background. What better way to enjoy a city view, than far removed from it? For me, the skyline of Chicago is one of the best in the US, only matched by NYC and San Francisco.

Admire the flora at the Lincoln Park Conservatory 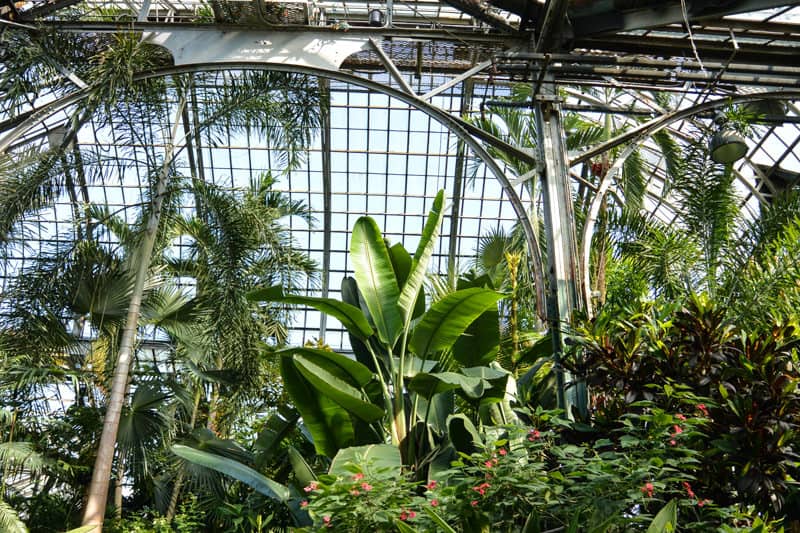 tropics in the middle of Lincoln Park, Chicago… no matter what kind of frightful weather is going on outside

Yet another free activity provided in Lincoln Park, the conservatory is the perfect place to wile away an hour or two (which is exactly what I was doing), even if you aren’t a big plant fan.

The conservatory stays at a toasty, humid temperature to keep its tropical plants alive, so it is an especially rejuvenating stop in the colder months (if a bit too steamy during the summer). One of the best ways to learn about things here is taking one of the guided tours that they offer. And if you are in town during the annual Gala for Lincoln Park, that’s another way to give back to this popular city attraction.

Get Cultured at the Lincoln Park Cultural Center

Located conveniently within Lincoln Park (the park within the neighborhood), you can try your hand at woodworking, glass staining, dance classes, and even more artistic programs. The American Planning Association singled out Lincoln Park as one of the 2009 Great Public Spaces in America, for its world class amenities, historic landmarks and buildings, and for the wide range of activities available to park users. It is housed in a handsome red brick building that was built in 1927 and that once served as the park’s administrative headquarters. 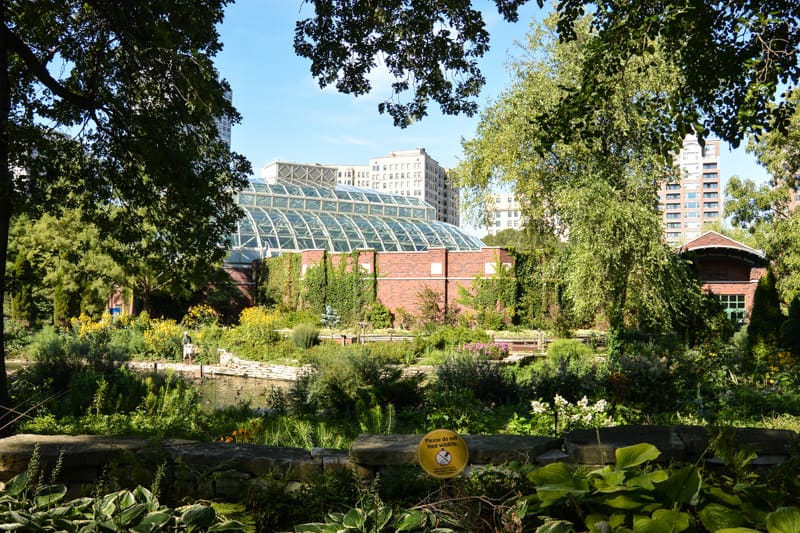 pretty zoo, with a little reminder not to feed the critters

One more of the few free activities in Chicago (most of which seem to be centered in Lincoln Park), even the Zoo is completely costless. Aside from Mexico City, I had never seen another free zoo in my life.

Lincoln Park Zoo is home to a wide variety of animals. The zoo’s exhibits include big cats, polar bears, penguins, gorillas, reptiles, monkeys, and other species totaling about 1,100 animals from some 200 species. The free entry means it is a popular place to hang out with your kids (and perhaps even more popular as a field trip for schools), so if you want to avoid the crowds try to arrive early. 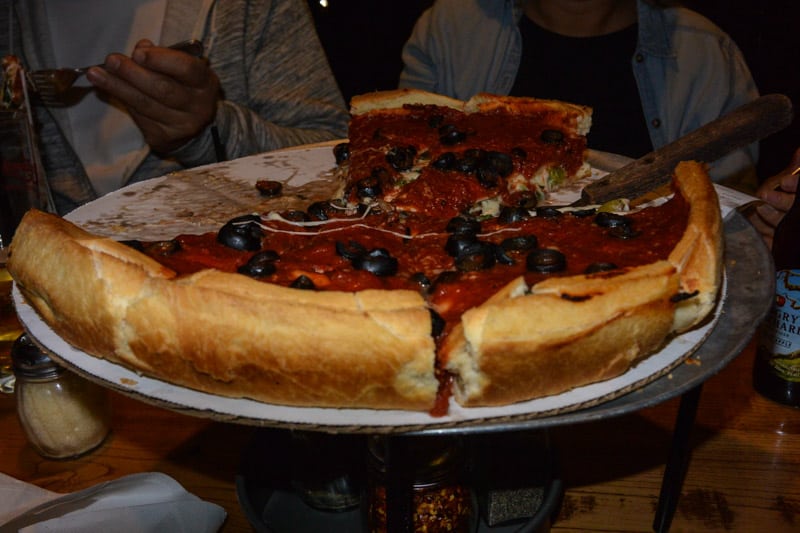 this pizza could eat New York Thin Crust for breakfast

Even though I kinda knocked eating pizza as one of the stereotypical Chicago things to do, you can’t come to the city without at least trying some deep ‘za. Two of the big name players (Lou Malnati’s and Giordano’s) have locations either in or right next to Lincoln Park. Go hungry, leave stuffed. Of all the things to do in Lincoln Park, this is the one that helped me sleep soundly that night.

Pizza and pastries in Naples, Italy

9 thoughts on “Things to do in Lincoln Park, Chicago”