Skip to content
Home » Blog » Interview with Beth and Randy of @beersandbeans: Lucky 13

Beth and Randy are two of my favorite people, who also happen to be incredibly talented bloggers and photographers. Their website is slick, professional and heartfelt, and I hate them because their pictures are a lot better than mine. A lot better — which leads to some serious photo and blogger envy and hatred.

But considering they gratuitously and unnecessarily both complemented me in one of their answers, I am going to overlook my petty jealousy just this once and tell you that if you aren’t reading their blog and checking out their photos, you are missing some visual and verbal delights. It is candy for the eyes and the mind.

Pretty much they had me hooked just with the name of their website, Beers and Beans, but then I got to know them a bit more online and learned they are not only incredibly talented, but also incredibly nice, helpful and thoughtful. We’ve been talking lately about meeting up later this year in SE Asia and I am going to make it happen from my end, just because these are two people I think I am going to form a lifelong friendship with. Check out their blog and follow them on Twitter and enjoy their answers to the Lucky 13: 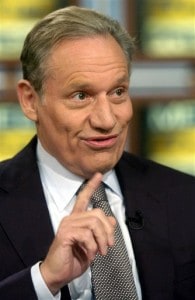 Randy: Bob Woodward. In reality, I think it has less to do with Mr. Woodward then the timing of when I sit down to read his books, but for some reason, I just haven’t been able to get through All the President’s Men

2. Your favorite travel resource on the web?

Beth: My first stop is always fellow blogger sites (including, of course, Go, See, Write) because you can’t get better advice anywhere! Then it’s Google, and lately I am completely addicted Pinterest as a place to find visual travel inspiration.

3. What is the superpower you most want?

Beth: Ooooh tough one. Can I pick two? It would be a toss up between time travel and reading minds. I guess I would go with time travel.

Randy: Travel at the speed of light. Because then I could do what Cher couldn’t: turn back time.

4. Where do you want to retire to?

4. Beth: I want to retire on a farm for homeless and abused animals. Anywhere will do but  Lacedonia, Italy or Paris would be my ideal spots.

Randy: Boca Raton. For the ladies, of course.

5. Most common error you see in other people’s photography?

5. Beth: Cropping. Composition can be a tough thing to learn but cropping while you edit is a great way to create a good composition out of a boring one. Most travel photos I see online could be improved greatly with a good dose of cropping.

Randy: I’ll defer to Beth on this one.

6. Worst and most embarrasing artist on your iPod?

6. Beth: Trisha Yearwood: Katie & Tommy. I hate most country music with a passion, but for some unknown reason I have a real soft spot in my heart for this song.

Randy: White Lion: When the Children Cry  (Beth replies: Seriously? That wasn’t on your MySpace page when we met.)

7. Particularly appropriate question, give your blog title: What fictional character would you most like to have a drink with?

. A gypsy traveling through France played by Johnny Depp–what other reason do you need? hahaha.. Now the only question is red wine or gin? hmmm…

Randy: Mr. Miyagi. I could be his Daniel-san. 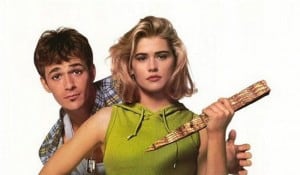 is this the Buffy inspiration for Beth?

8. what is your nickname (or one of them) and how do you get it?

8. Beth: My long time family nickname is Buffy. I had a cousin who could never pronounce my name correctly and so this version was invented. Most people find it hysterical because I am pretty much the farthest thing from a Buffy. Thankfully only family calls me this.

Randy: Kalper. Beth thinks she invented this name for me but she’s wrong. I’ve had it my entire life and have no real idea why. Beth has come up with a whole slew of other nicknames for me that I’d rather not share or even acknowledge. haha

9. Give us one of your good, embarrassing guilty pleasures?

9. Beth: I love first person shooter video games. If I can be a sniper then I’m officially hooked. I also have a very large collection of different yarns, including ones I’ve spun myself.

Randy: I have a real weakness for Million Dollar Listing on Bravo.

10. Book I should buy tomorrow?

10. Beth: The Gospel of Mary Magdalene translated by Jean-Yves Leloup. I have always been fascinated by all religions. Most people don’t even know that Mary Magdalene has her own gospel but she does. Even though it was written almost 2,000 years ago, it’s completely relevant to life in modern times. It’s startling in that it’s so old yet so relatable. It’s fascinating in that although it is technically a religious text it doesn’t have any strong religious undertones. Kind of throws the idea of what religion is supposed to be upside down. The Gospel According to Mary is a really interesting text and definitely worth a read no matter what your religious (or lack thereof) background is. Plus, where else can you read the words of a woman who had a back stage pass to a very sacred knowledge from a very influential man during a time when being a woman meant very little?

by Henry Miller. At its core, Sexus is about Miller’s wanderlust and his desire to break free from corporate America. Sound familiar?

11. Beth: Oh I have a very long list, which I would love to share, but I’ll whittle it down for the sake of brevity. I would love to rob a bank. Then I would give all the money away to the people who really need it. The people who don’t have enough money for food, medical insurance or rent. The single moms, the single dads, all the people who keep fighting to make this world a better place. In fact, as part of my elaborate bank heist I might take all the big bank CEO’s, FDA liars & big business jerk offs who run this country and make them give the money away in person to the people that really need it. Since I don’t own a gun, I might be overselling my powers of persuasion, but it’s worth a try! In any case, bank robbers are undeniably hot, and I would really like to join their ranks. 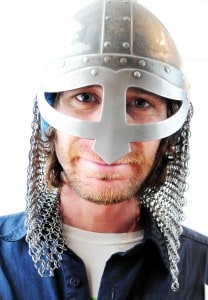 12. If you could trade places with anyone right now, for a week, who would it be and why?

12. Beth: My Dad. He’s had a broken foot for two years (long story) and recently he has been very ill and in the hospital for the better half of two months. His favorite thing is the beach, and I’d love to switch with him so he can go swimming and walk on the beach, something he hasn’t been able to do in the past two years.

Randy: My younger cousin, Robb, has less than two weeks left in a year long tour of duty inAfghanistan. I wish i could take over for him. He’s done enough; it’s time for him to relax on a trout stream.

13. If you could ask one question of anyone in history and get an honest reply, to whom and what would you ask?

13. Beth: Michael, I pondered this question for a full week. You have no idea the time suck this question has created for me and I think Randy is ready to shoot me because I haven’t answered it yet. From my Nonna, to Regan, to Napoleon, to Mary Magdalene, to Pocahontas, to Mumtaz Mahal, to Niépce, to the people who have decided that their life goal was to dress up and become a circus clown, there are so many questions I can’t decide! But there is one I keep going back to, and, although I would prefer it be answered by a relative, it can really be asked to anyone who has moved on: “What’s it like on the other side?”

Randy: When I was five, my father passed of cancer; he was only 28. So, I wish I could go back to those final days and ask him for his thoughts on life.

The Best Photography Book You Can Buy for Under $10

31 thoughts on “Interview with Beth and Randy of @beersandbeans: Lucky 13”