Currently of course, Syria is a travel no-go, but when things clear up (hopefully with a new democratically elected ruler), I can’t recommend a place any higher. One of the many things to see there are the Roman ruins of Palmyra, which are completely different than those at Baalbek and Jerash.

Palmyra is of a scope that is much more vast than the other two locations. It stretches out over hundreds of acres and will impress you most on that basis — its vastness. While Baalbek and Jerash gave me a better sense of what it was like to live in those places at that time, Palmyra just gives off the impression of…. “wow, tens of thousands of people really did live here a couple thousand years ago.” 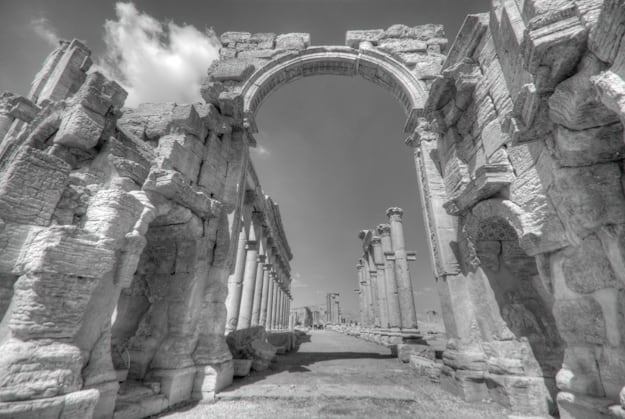 Step through the gates and back in time....

Just a quick reflection on the current events in Syria.

Syria is a country currently going through horrible turmoil in an effort by its people to overthrow decades of totalitarian government. It is an effort that is long overdue and I wish that the West, including my country, would get more forcibly behind the hundreds of thousands of brave Syrians that are clamoring for democracy in a completely and totally peaceful way.

I am in awe of the restraint and courage the protesters are showing.

My trip through Syria was a few weeks before everything really started blowing up. It was my second time in this wonderful country and all I can say is that the Syrian people’s hospitality, friendship and general kindness rivals any other country on the planet, including New Zealand.

I was humbled in my two trips through Syria, first in 2009 on my RTW trip and then again this spring, with the unadulterated kindness of its people. Just one story to help highlight how welcoming they are.

As I left Palmyra in the late afternoon, I met a Syrian guy that appeared to be in his early 30s. He spoke excellent English and started up a conversation with me as we waited for the little mini-bus that was going to take us half-way across the country, to Homs. After a little while, in typical Syrian fashion, he offered to open his home to me, allow me to have dinner with his family, and spend the night there. I had to decline because I only had one day left in Syria and wanted to see the Noriahs of Hama again (and also take the Syrian train down to Damascus the next day, since I am a sucker for trains).

When we got dropped off at the bus station in Homs, it turned out that it wasn’t the same bus station I needed to be at to get the next short bus to Hama. No problem, my new friend hailed me a cab and jumped in, in order to make sure I made it to the right location. When we got there, he not only refused to let me pay for the whole cab fare, he also refused to let me pay my share, saying “you are in my country now, of course you must let me pay.” Then he wandered around the bus station with me for a while, making sure that I got on the right bus in the end.

And didn’t want anything for his troubles at all. Just being an ambassador for his country. Which made me think:

Would I do the same for a complete stranger visiting my country?

I know the answer would have been “no” a few years ago, but I certainly hope I’d be a better ambassador for my country now that I have been exposed to incredible kindness of strangers from around the world.

Now back to photos of Palmyra. 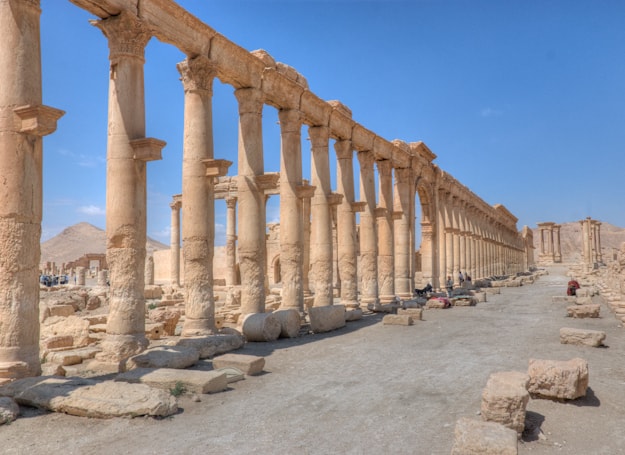 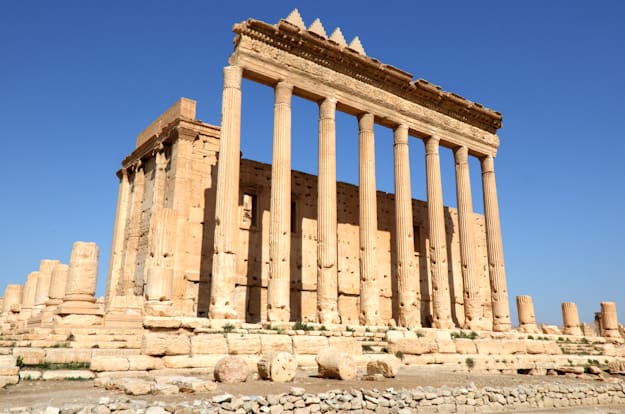 Temple of Bel -- the largest building on site 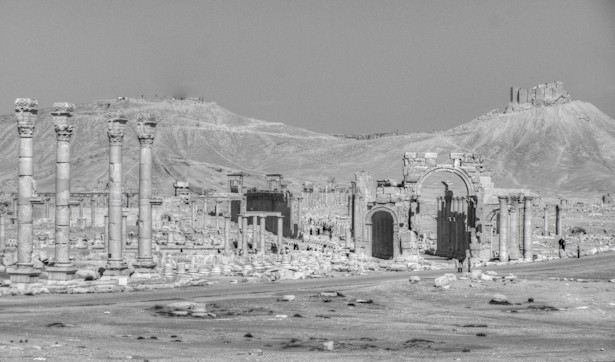 Palmyra Monumental Arch and Entrance from Temple of Bel viewpoint 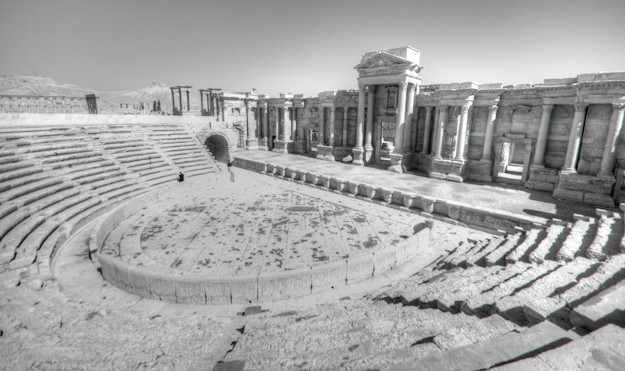 Palmrya theatre.... all the world's a stage 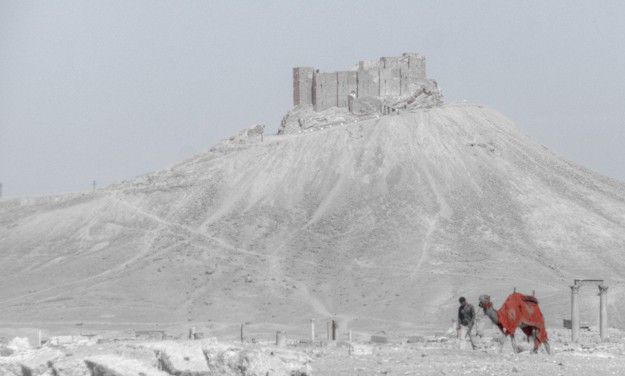 you know I had to try ONE photo tweeked out, so tried color on the camels' blanket and B&W on the rest 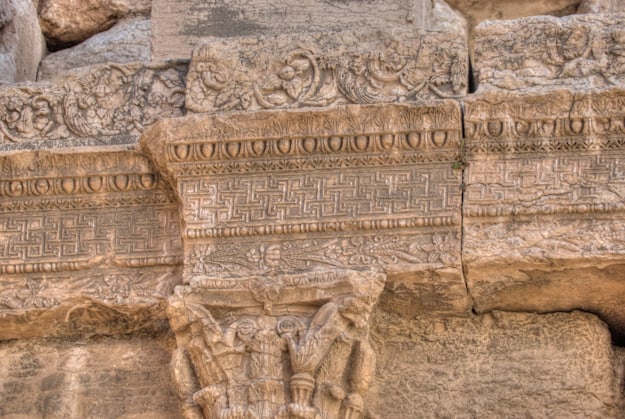 the intricate stonework amazes me at these various sites 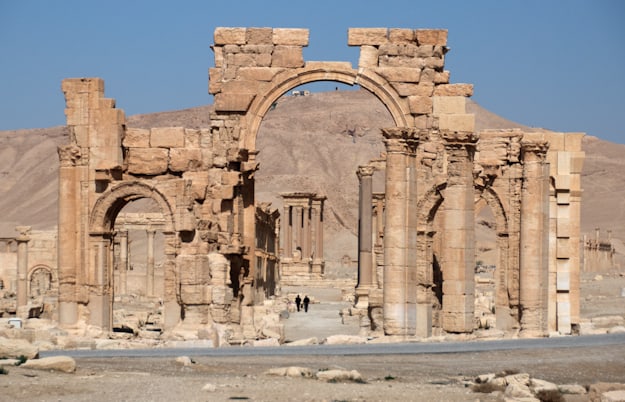 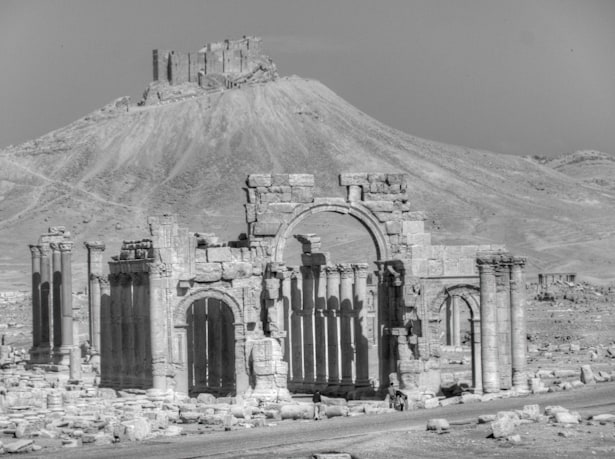 I am in Love… with my Passport

A Special Day of Touring in Rome