India is home to some of the most exuberant festivals in the world, and some of the best take place when the hardness of winter gives way to warming spring. There is no better way to experience the country’s rich and historic culture than to plunge into one of these events. Hop on a flight to India and immerse yourself in some of the brightest and most enthusiastic festivals in Asia: 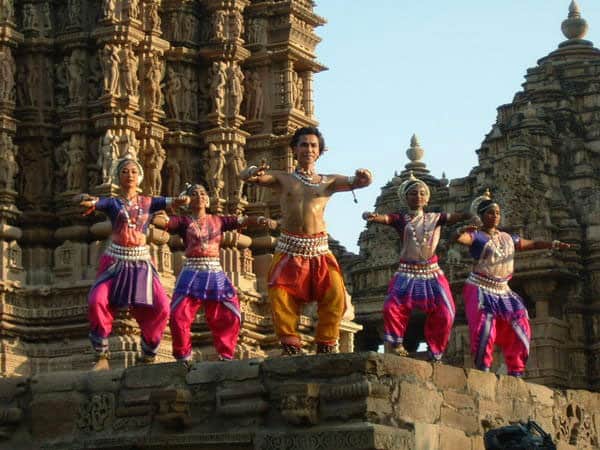 Sufi music is certainly growing in popularity, but despite this it is still a relatively unknown phenomena in western society. What better way to experience the mystical sounds and learn about the Sufi way of life than to attend the Sufi Sutra? Sufism is believed to be ‘soul music’ for Muslim mystics, and helps to preserve the spiritual side of Islam. It is often regarded to transcend the physical realm into the spiritual one. The festival is returning for its third year and as well as the performances includes workshops, food stalls and a chance to interact with the musicians.

The renowned Desert Festival is one of the most jam-packed and entertaining events you can experience in India. Comprising of parades, races, competitions, acrobatics and polo matches to name just a few, there is plenty available to keep you busy. For three days these activities enjoy a stunning backdrop of the marvellous sandstone city of Jaisalmer. There is no better way to learn about the life and culture of the desert.

Himachal Pradesh is one of the most sought after destinations in India for a snow-filled holiday. If you want to get the full winter wonderland experience though, you are going to want to attend the Sikkim Snow Festival. During the festival period there is a variety of luxury accommodation available, perfect for making your stay in India a comfy one. The festival was initially started in order to help recover tourism losses after the 2011 earthquake. With ample activities, exhibitions and tours on offer, you’ll be hard pressed to have a dull moment.

Initially started by the Portuguese as a local feast in the 18th century, the Goa Carnival is now considered to be one of India’s most famous events. The streets of Goa come alive with the bright colours and wonderful music. The festival comprises of parades, music, floats and masked dances. The festival moves from city to city, passing through Panaji, Margao, Vasco and Mapusa. It all comes to an end with a formal ball in Panaji, the Red and Black Dance.

Taking place in the outstandingly picturesque Velas village, Ratnagiri Maharastra, the Konkan Turtle Festival gives you the opportunity to see the endangered Olive Ridely turtles. For only 225 rupees per day, you get to experience these newly hatched turtles march into the sea, it is a truly impressive spectacle that is without a doubt worth the money. As well as this, the festival also lets you experience life in a traditional Indian village, visiting local homes in the area and meeting the inhabitants. It may not be on the same grand scale as some of the festivals available, but it is just as enjoyable, and very humbling.

5 Things to Do in Goa