If there’s ever a place to test your relationship with gravity, it’s here — Northern New Mexico, land of high mountains and spiky cactus and sage brush mesas and October snowstorms. Northern New Mexico is kind of like Colorado’s forgotten cousin, the one who constantly gets bull-dozed during the holiday dinner conversations because he’s just a little bit awkward, but who then grows up to be way cooler than Colorado, probably because he never thought he was cool in the first place so it never went to his head. 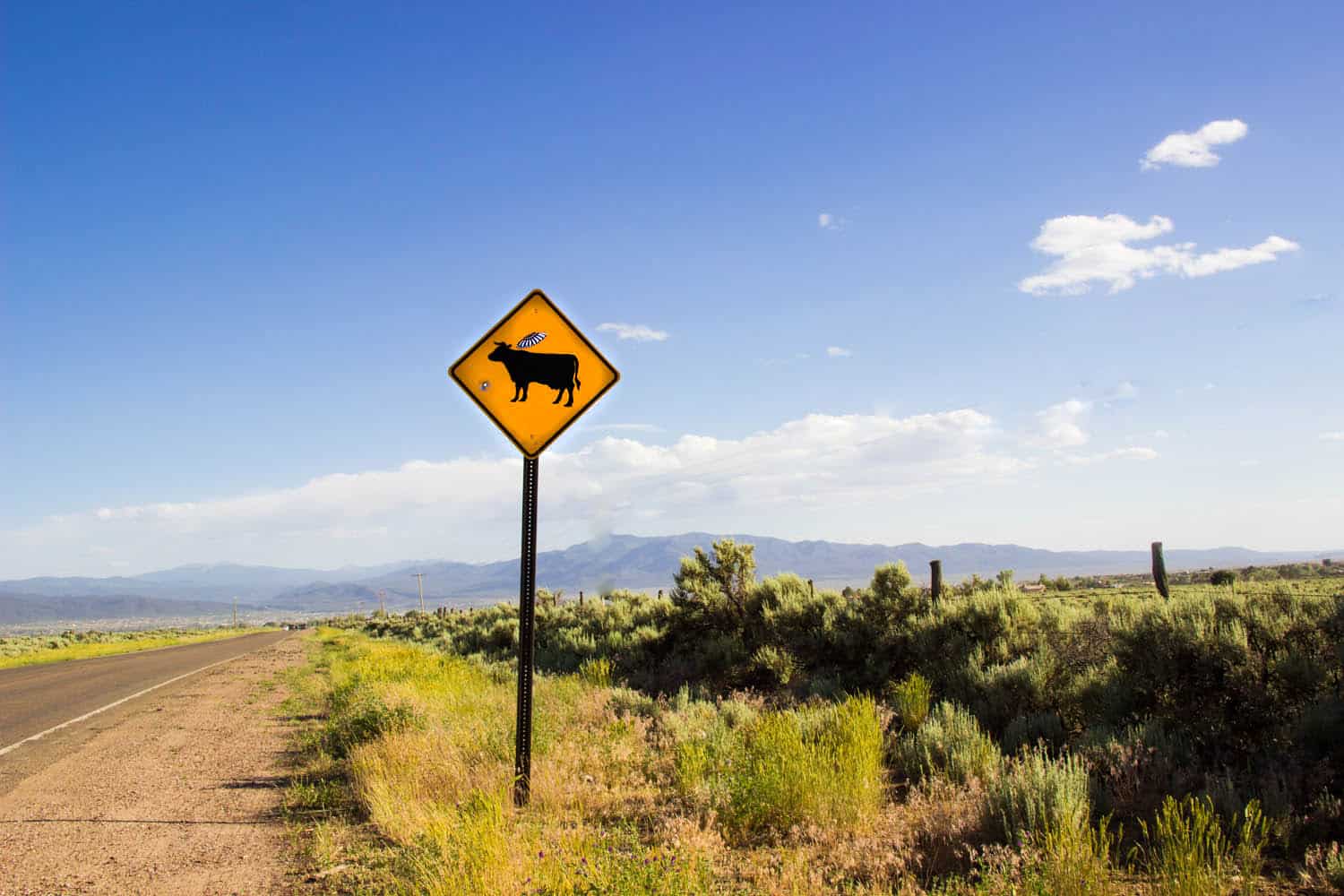 Earlier this year, I found myself in Angel Fire, New Mexico, trying to get back on speaking terms with gravity. Gravity and I, we used to get along fine, back when I was small and unaware of the danger lurking in steep precipices. Then, somewhere along the line, as some relationships are wont to do, it just fell apart. It’s not you, gravity, it’s me. With almost no warning at all, I developed a crippling fear of heights. So, bungee jumping was out. Way out. Sky-diving? No way. Rock-climbing? Ha, you must be kidding puhhhhlease.

I’ve been riding and racing cross-country mountain bikes since age 14, but last year I transitioned to racing enduro downhill. For the uninitiated, cross-country mountain biking involves racing up and down the hills and one can usually keep both wheels on the ground for the duration of a race. Enduro downhill is usually six to seven downhill stages (timed segments) over the course of the weekend. Or, to really simplify it, the fastest rider down the mountain wins.

And if you want to be the fastest, sometimes you have to take flight. 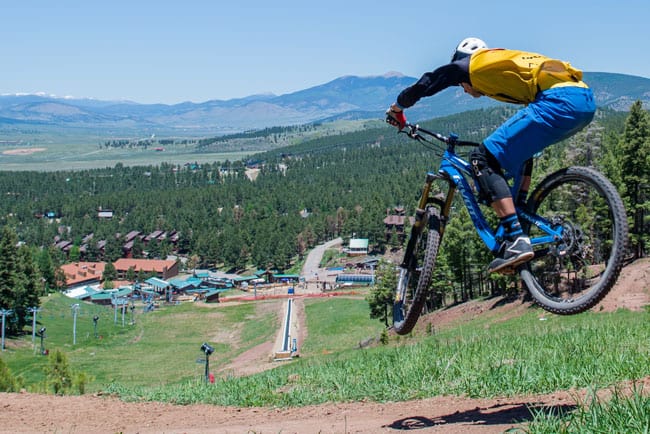 My boyfriend, Macky, does not share my fear of heights. (Photo: Terrance Siemon)

So, in other words, if you’re me, you have to patch up your dodgy relationship with gravity. Enter Angel Fire Bike Park, premier mountain bike park in the Southwest, home of snow-capped mountains and miles upon miles of ski lift access trails. So, all downhill, all day. (And if you’re less gravity-impaired than me, you can ride the zipline down the mountain, too, at a heart-attack inducing pace of 40mph.)

At Angel Fire, I scared myself every day, intentionally, deliberately and methodically. It wasn’t easy. In fact, it was frustrating. Mountain biking is a difficult sport, even for people who have some iota of natural coordination, which I do not. I’m the girl who walks into walls, who has never been able to do a cartwheel, who struggles to operate can-openers, and who did not figure out how to touch her toes until the ripe age of 22. So the fact that I can ride a bike down a mountain at all, much less quickly, is a minor miracle. It is also, however, a testament to the fact that anything can be learned following the old recipe of practice, fail, rinse, repeat, and eventually succeed. 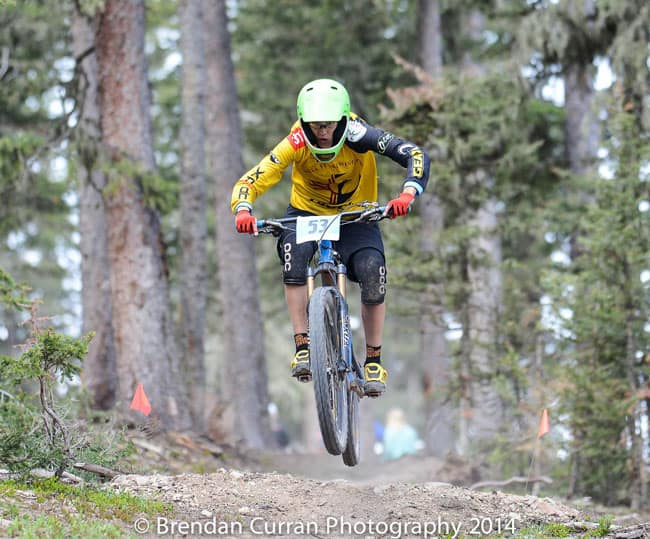 With the two weeks I spent at Angel Fire Bike Park, I learned to hit drops that would have left me quivering and crawling down the mountain just one year ago. My bike and I? We actually left the ground. And then we found it again, with relative ease, and nobody got hurt in the process. It was pretty amazing. I hit table top jumps and sometimes even landed in the right spot. It might sound crazy, but I taught myself to use gravity (and speed) to fly and it wasn’t even terrifying. While bungee jumping is still definitely not on the schedule anytime soon, gravity and I have come to a stable agreement. We’re talking again. Jumping a mountain bike isn’t like jumping out of a plane — it’s a controlled and somewhat miraculous feat of physics. It is beautiful. It’s even, dare I say it, really frikkin fun. 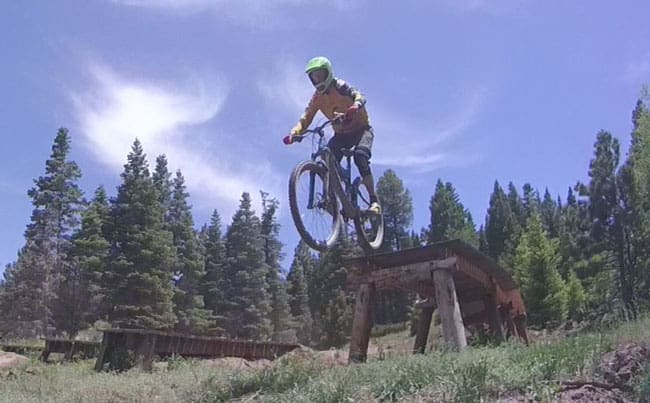 The most important thing I learned at Angel Fire, however, had nothing to do with bikes and everything to do with possibility. I found myself riding trails that, two years ago, I had looked at and thought to myself “I will never ride that.” I didn’t think it in a disparaging way, rather a practical, realistic way. But today, these trails aren’t even scary to me. I still see jumps and rock features that I know I don’t have the skills to ride, but I try not to think “never.”

Yes, there are probably things I will never do (become an accountant, for example, or tight-rope walk between skyscrapers), but I force myself to acknowledge that if I never do these things, it will NOT be because I am not capable, but rather because I do not want to or because I’m busy doing other things. Acknowledging that “never” is a choice, opens a world of possibilities. Whatever I set my mind too — be it traveling the world, or writing a book, or nailing that scary mountain bike trail — I can, and I will.

Practical Information: In case you think the author is insane, don’t worry, Angel Fire also has some of the best beginner trails in the country and no airtime is required. They offer rental bikes and protection and lessons from expert mountain bikers. For more info on package deals and prices, visit their website. And in case you, yourself, are insane, check out the Angel Fire Zipline Adventure Tours. 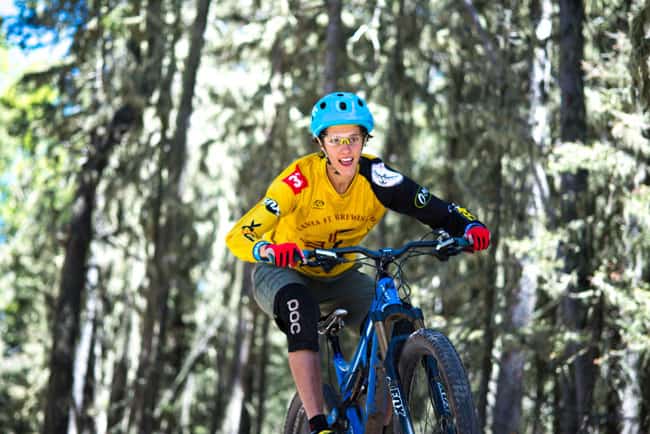 What about you? How often do you do something that scares you? Are there things that you feel you might “never” be able to do?