There is a mountain bike trail called Comfortably Numb, located just outside of Whistler, BC, and I had to ride it by myself.

I had to do so for a few, very specific reasons:

1. The trail, according to everyone, was very hard.
2. The man at the bike shop who I asked about the trail expressly told me NOT to ride it by myself.
3. It had been far too long since I had done anything by myself.
4. My boyfriend and teammate were doing a bike race and therefore were not available to accompany me. 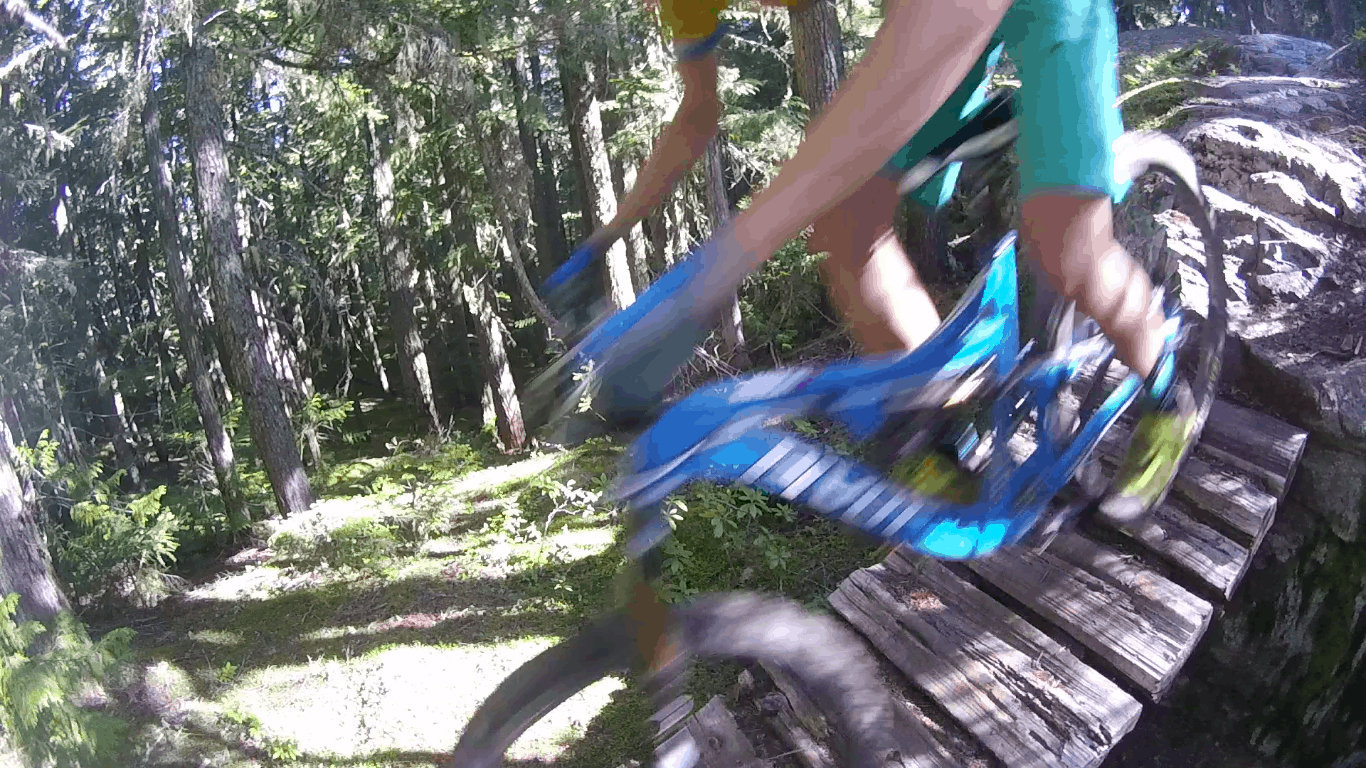 I’m going to be honest — unlike Michael and a lot of the awesome contributors to this blog, I am not a solo traveler. I HAVE traveled solo. I have done lots of things solo — hiking, mountain biking, etc. But, given the option, I prefer to be with people. Not because I’m scared of breaking a leg or getting eaten by a bear (although bears were a concern in this latest venture), but because people are interesting. People are where stories come from.

Put simply, when I’m alone I bore myself. My inner monologue gets out of control when left to its own devices for more than a few days (okay, fine, who are we kidding, hours) and before long I start talking to myself. And usually not about interesting things. Every now and then a solo adventure will give me some brilliant spark of inspiration for a future project, but usually I spend my alone time rehearsing future conversations.

Because when I’m alone the thought of speaking to another human being suddenly becomes intimidating. I plan elaborate and pithy responses for telemarketers or the next lowlife who sends me an email asking me to write something for free. I practice saying “hi” in a non-creepy way, just in case I run into someone on the trail. I hold imaginary conversations with grocery store attendants and prepare for all sorts of potentially stressful grocery-induced situations, like, say, not being able to find boxed cake mix.

“Excuse me, where is the cake mix?” “Could you please direct me to the aisle that contains cake mix?” Once I’ve mastered it in English, I switch to Spanish, my second language which usually presents a more formidable challenge and keeps me occupied for a few seconds longer. “Excuse me, but where is the box full of dust that one can use to make a cake?” 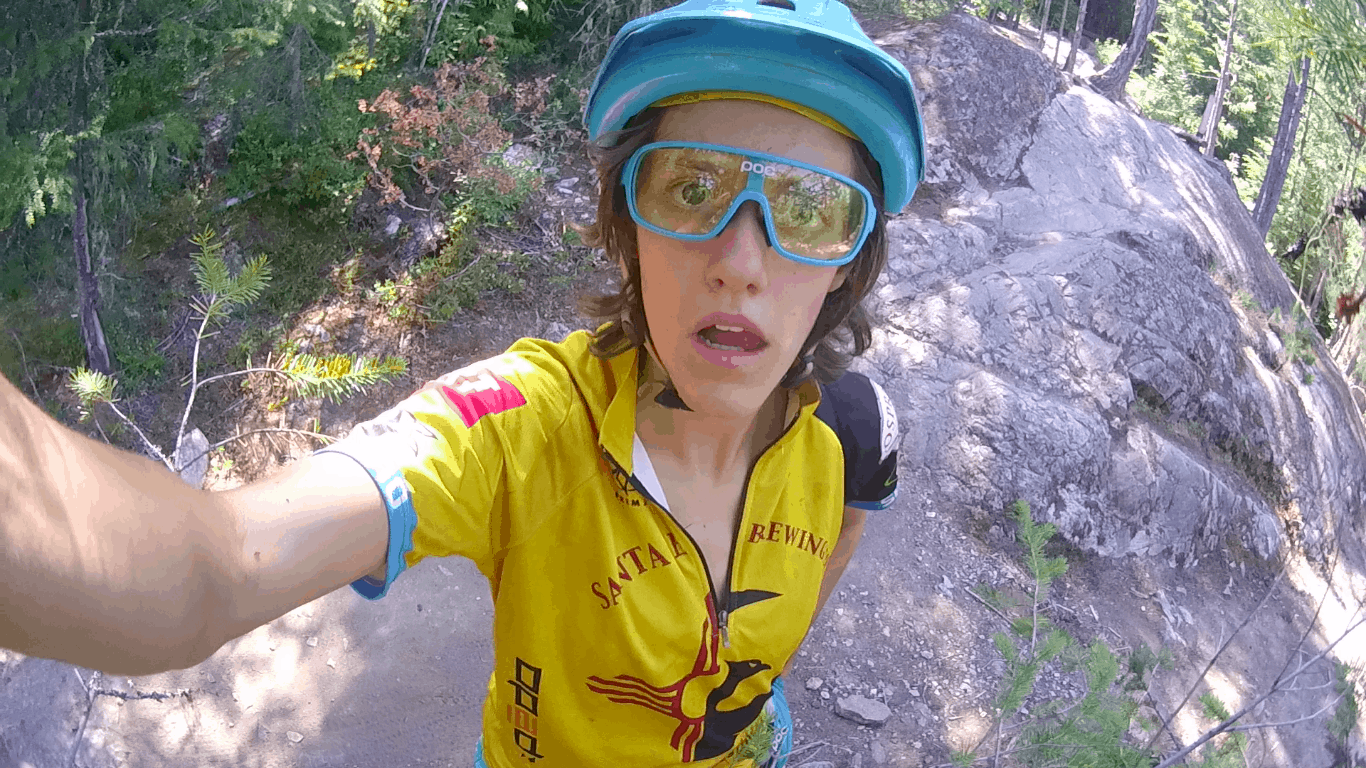 Also, solo adventuring presents the conundrum of self documentation, which is not one of my strengths.

I recently read a study in which participants were left alone with their thoughts in a blank room. They could press a button to give themselves a low-grade electrical shock. Or they could sit there and think. Guess what an overwhelming number of participants did? Yup, they shocked themselves. The researchers were horrified and reasoned that the lack of introspection in modern day society made the idea of an electrical shock preferable to sitting and wallowing in one’s personal failures. But, me, I kind of get it. They probably just wanted their brains to SHUT THE HELL UP ABOUT THE CAKE MIX ALREADY.

Maybe you think I’m crazy, or maybe you get it, too. The truth is we, as humans, are pretty bad at being alone. Even most badass solo travelers I know say that one of the reasons they love solo travel is all the awesome people they meet. All the awesome people they meet. Not all the hours they spend reciting the French words for common kitchen appliances (réfrigérateur, grille-pain, batteur électrique, ad nauseum).

So, we’re not very good at being alone. Which is why we should do it. And which is why, in conclusion, I embarked on a six hour back-country mountain bike ride, all by myself. 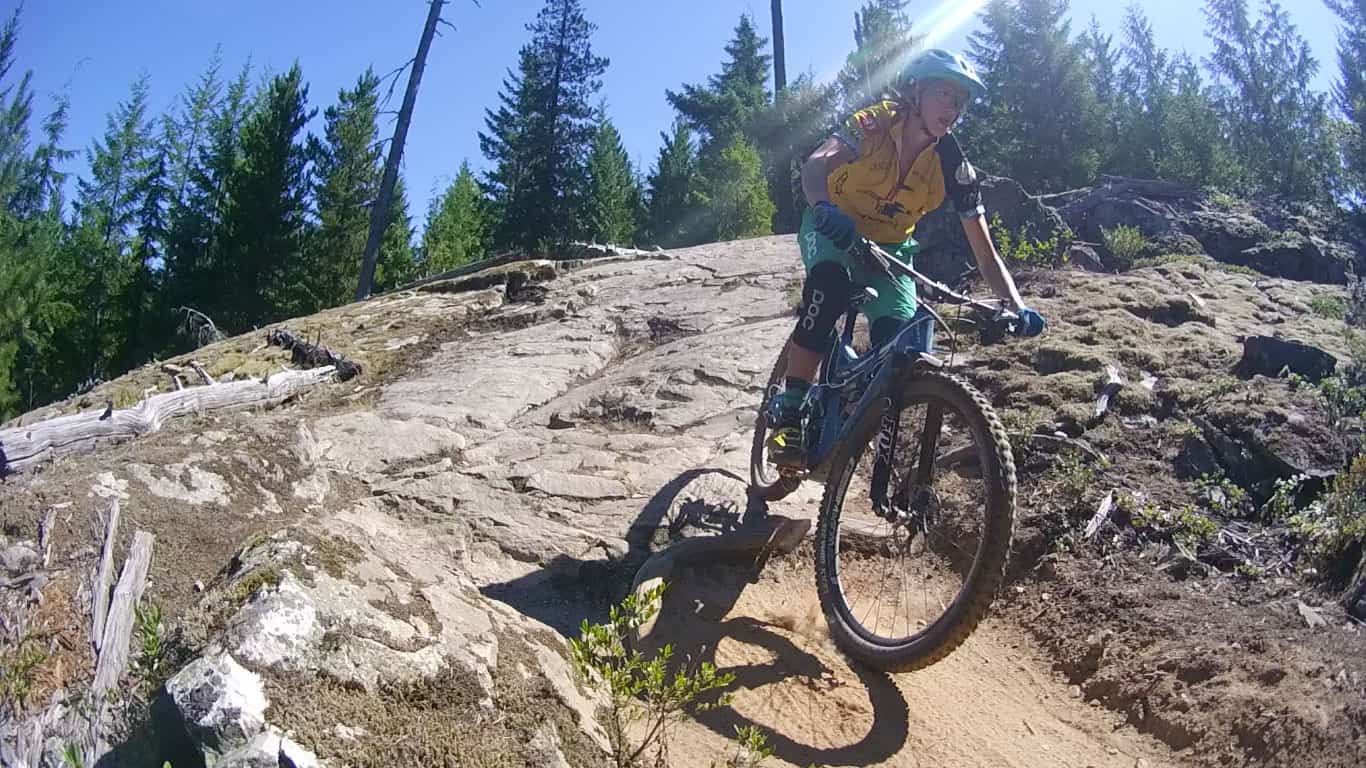 And, here’s the thing: it was glorious.

Not because I suddenly overcame my solo chatterbox tendencies, but rather because, if you are going to drive yourself crazy, there is no better place to do so than Whistler, British Columbia. This part of the world is all soft, loamy dirt and smooth white rock. It’s glowing green moss and perfect morning lighting sifting through dark pine needles.

Me, myself and I…we had a pretty perfect day. The weather was warm and sunny, but not too warm. The trail was rocky and rooty and just hard enough to require my focus (and therefore keep my brain off of verb conjugation or the possibility of Mama Bear lurking around the next turn), but not so hard that I felt like I was at risk of injuring myself. Every now and then the trail would open up to a beautiful look-out with fabulous views of snow-capped mountains and icy-green lakes. I saw zero human beings (and also, thankfully, zero bears).

British Columbia has the most magical, faery-tale forests and all that green, softness has a calming effect. So while I spent some time working on my Canadian accent for the benefit of the local squirrel and rabbit population, I also experienced large periods of mental silence as I bumped and rolled my way along the trail. I think some people call that “flow.” Just the rocks and the roots. Just the forest. Just me and my bike. 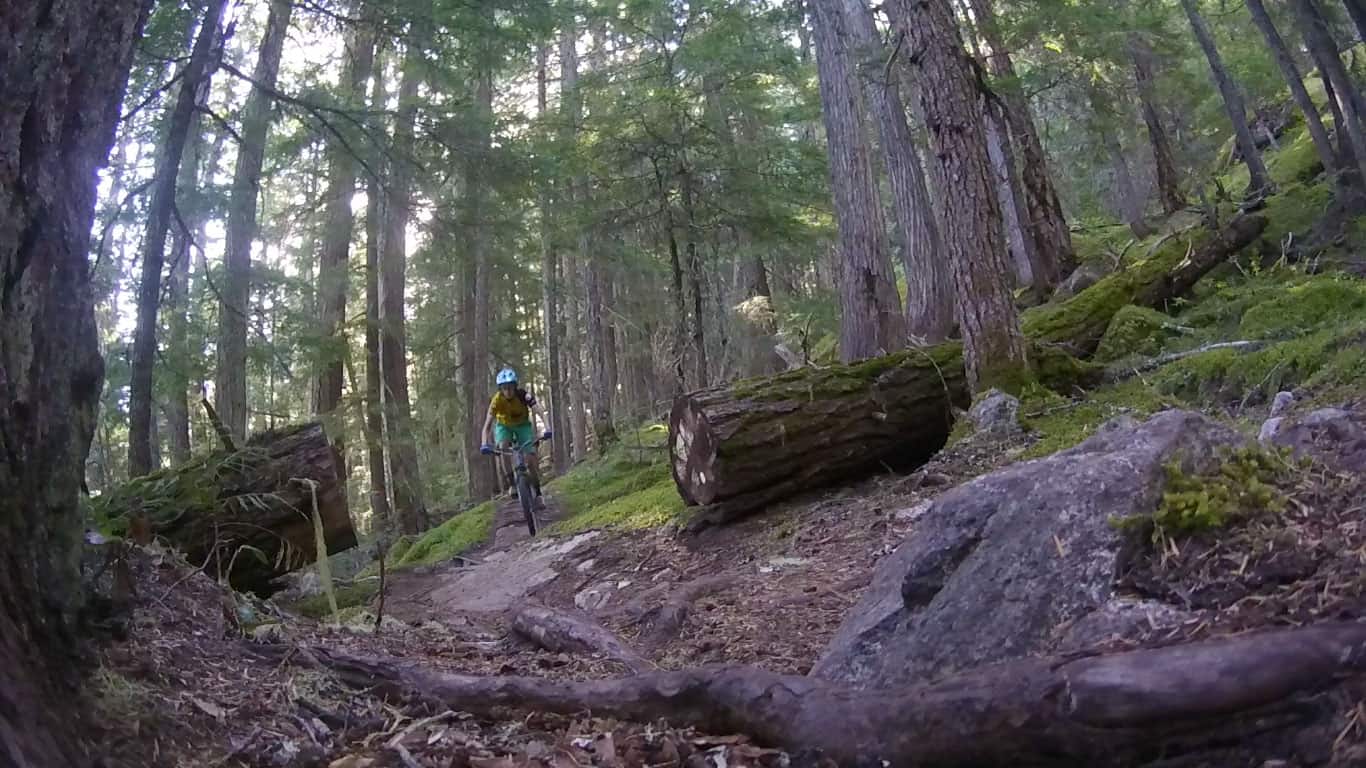 Maybe there’s a reason they called this trail “Comfortably Numb.” Probably they’re talking about the inevitable condition of your buttocks, but maybe, just maybe, “comfortably numb” is a mental state too. Usually we think of numb as a bad thing to be (the precursor to frostbite, for example), but it’s a pretty good way to describe a flow state — focused, strong, immune to little irritations, free.

If you’re not into solo travel, that’s okay. Me neither. I will probably never solo-hike the Appalachian trail or embark on an epic camel journey across Australia like Robin Davidson (besides, camels are scary). But sometimes, every now and then, on a beautiful day, I want to see the world by myself. I want to listen to my own voice, and attempt, if futilely, to corral it into something I might just be able to call “inner-peace.” 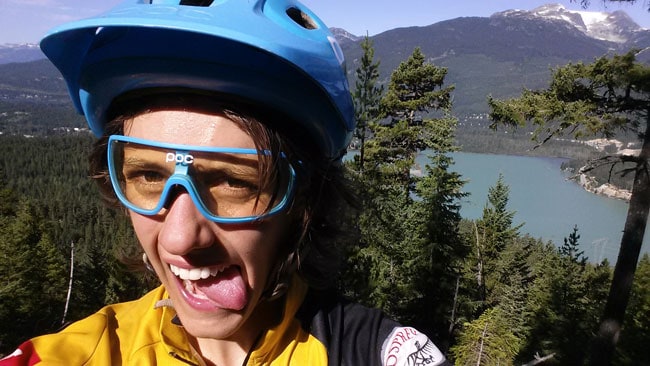 And, you know, take as many ridiculous selfies as possible because YOLO.

Is solo travel for you? How often do you do something completely and utterly ALONE? Please share your thoughts!

Solo Travel and the Issue of Loneliness