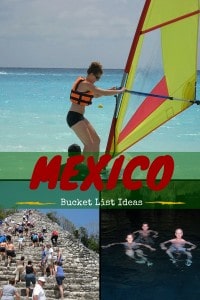 If you’re like me, and living somewhere where winter has, once again, hung around for what feels like a month or two too long, you’re probably wishing you could escape the freezing temperatures and relax somewhere warm and sunny. I had recently visited Belize and wanted to try the big banana in this neck of the woods.

I’ve been thinking about my Mexico bucket list; the things I’ve done, and the things I would love to go back to do. Even if you aren’t in Canada dealing with the snow like I am, Mexico still sounds like a pretty great vacation right about now.

Mexico was my ‘travel itch destination’. That’s to say, when I went to Playa Del Carmen with my family, I fell in love with the sights, the smells, the culture, the sun, and the adventure. After traveling to Mexico (6 years ago! How old am I?), I knew that one trip would never be enough for me. I knew that I was a traveller.

Here are my top five bucket list items for Mexico that I highly suggest.

The Maya people built Chichen Itza in The Terminal Classic period. Today, El Castillo is the most popular tourist area and one of the most visited archeological sites in Mexico. 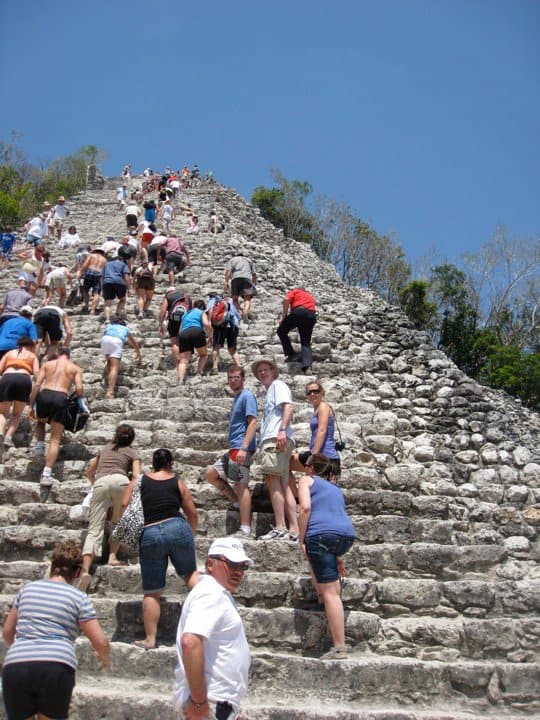 Although Chichen Itza remains on my bucket list for next time, I did get to check out the The Nohoch Mul pyramid in Coba, Mexico and climbing that thing was unreal!

If you’re at one of the many gorgeous resorts in Mexico, trying a new adventure sport is as easy as rolling off your hammock and sauntering down to the beach. There are so many things to do and a lot of friendly encouragement to try something new. I decided to try windsurfing because I figured I had the least chance of hurting myself (I’m a little clumsy). I gave up very quickly and found the bar, but hey, at least I tried! 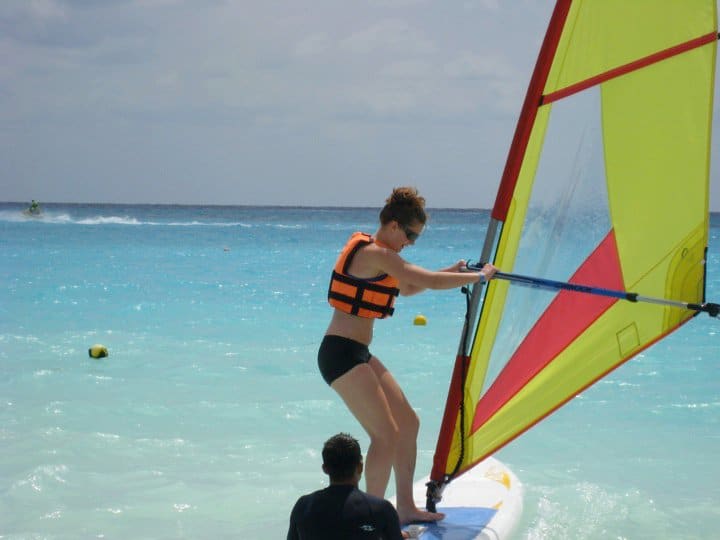 Get out on the water

Again, this was one of my very first trips and to say I was overwhelmed would be a bit of an understatement. All of a sudden, this girl who had never left Canada is sailing through the crisp blue waters of Mexico on a catamaran and having people point towards Cuba.

Cue desire to travel the world. 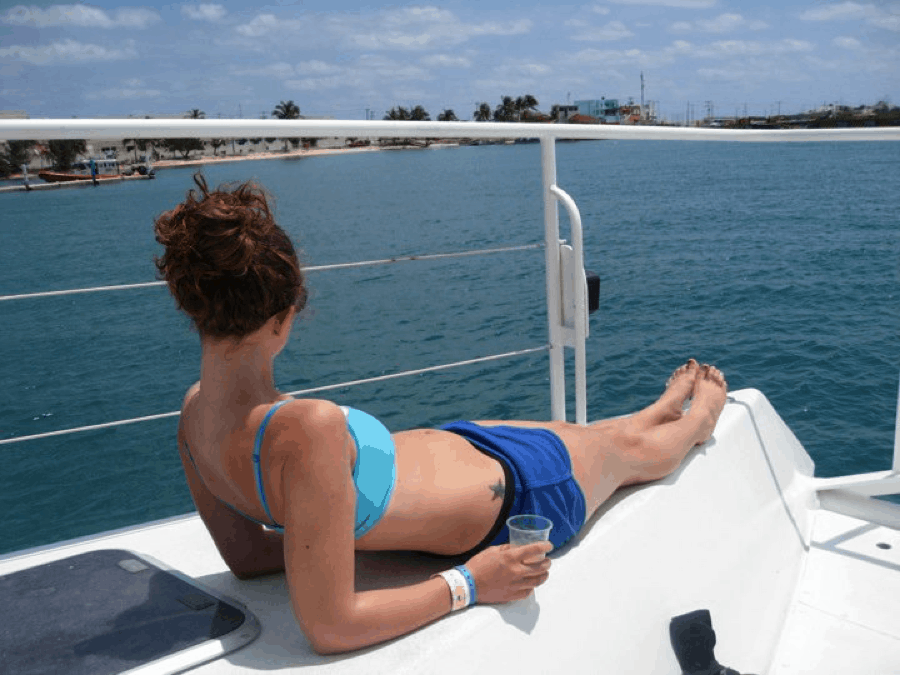 Go swimming in a cenote

There’s nothing quite as magical as going swimming in a Cenote in Mexico. These natural sinkholes are mainly associated with Mexico’s Yucatán Peninsula. I found my way to this cenote near Coba after a long day of climbing pyramids which made the cool water a glorious end to an adventurous day. There were also bats, which was super cool. I wish we could have stayed and camped there! 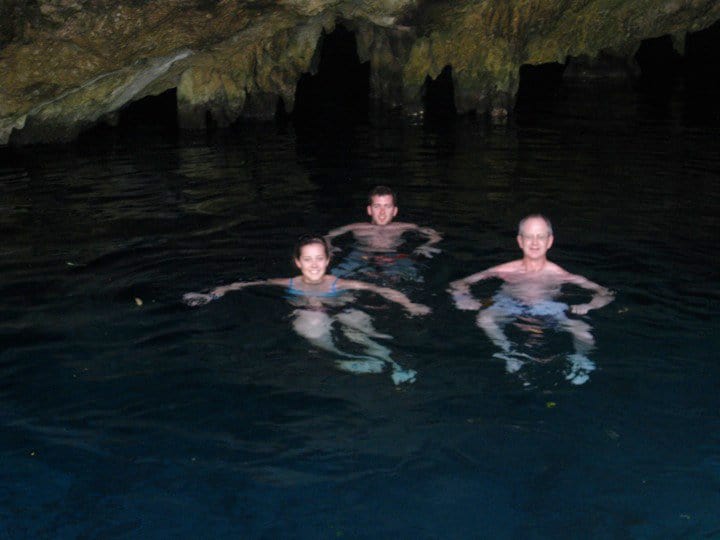 The drinks are great, the water is great, and the hammocks are great, but don’t forget that Mexico is more than good looks and wonderful vacation packages. The rich history, tradition, and culture is not only fascinating, it’s everywhere. Many resorts will have the option to take historical day trips to learn about the Mayans and the other civilizations that shaped the cultural history of Mexico. 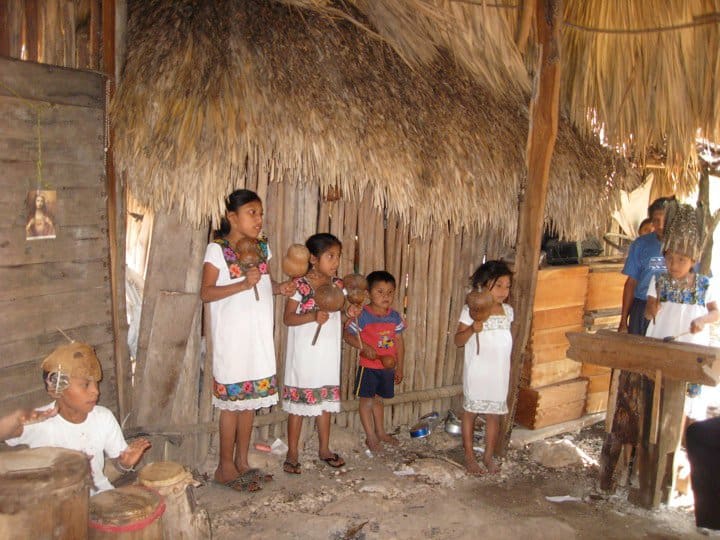 Eat Some of the best food in the world

Last, but certainly not least, you need to try as many of the best Mexican foods to try in the actual locations where those dishes came to prominence. From mole in Oaxaca to burritos in Sonora, you need to try these foods in their origin locations.

Now that I’ve closed my eyes for a while and imagined being at the beach, it’s nice to remember that luckily, it’s not that difficult to find a cheap last minute vacation package to Mexico. Quite often, it’s the last minute and spontaneous trips that end up being the most affordable.

Where would you like to go for a last minute vacation?

Go on Safari in…. Mexico?