Skip to content
Home » Blog » 5 Things to do in Córdoba, Spain 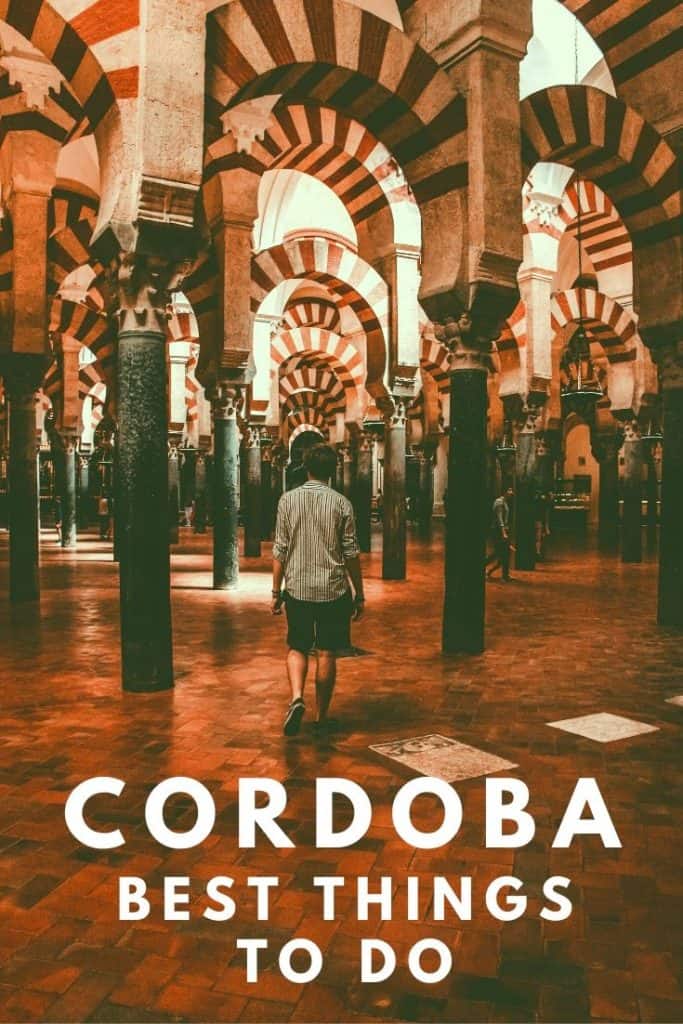 I fell in love with Spain during my first visit so much that I moved to Madrid for a year. I maximized my weekends by visiting cities in as many regions of Spain that I had time to. One of my favorite regions was the southern region of Andalusia. This part of Spain is so different from the other regions due to the variety of cultural influence and proximity to northern Africa. I’d already visited Granada and Sevilla on prior weekend trips, so naturally Córdoba was next on the list of Andalusian cities to explore. There are so many things to do and amazing things about Spain in general, but specifically in Córdoba; if you want the quintessential experience,  you must do these five things while in this beautiful Andalusian city.

Córdoba is known for its beautiful patios with colorful hanging flowers pots, fountains, and delicate balconies. A patio contest is held every May, giving residents an opportunity to put their patios on display. Most patios, even those of private homes, are open for the viewing and enjoyment of passersby in Córdoba. I loved walking through the narrow streets and popping in and out of every eye-catching patio I caught a glimpse of.

One of the most interesting things about southern Spain is the Moorish influence that is especially noticeable in the architecture. Córdoba’s Mezquita, or the Great Mosque of Córdoba, is a prime example of stunning Moorish architecture. Originally a church, this structure was transformed partially into a mosque when Spain was conquered by Muslim civilizations. It was then converted back to a church when Córdoba was under Christian rule again. A mix of Muslim and Christian influence is visible in the striped columns, horseshoe arches, doorways, and chapels. 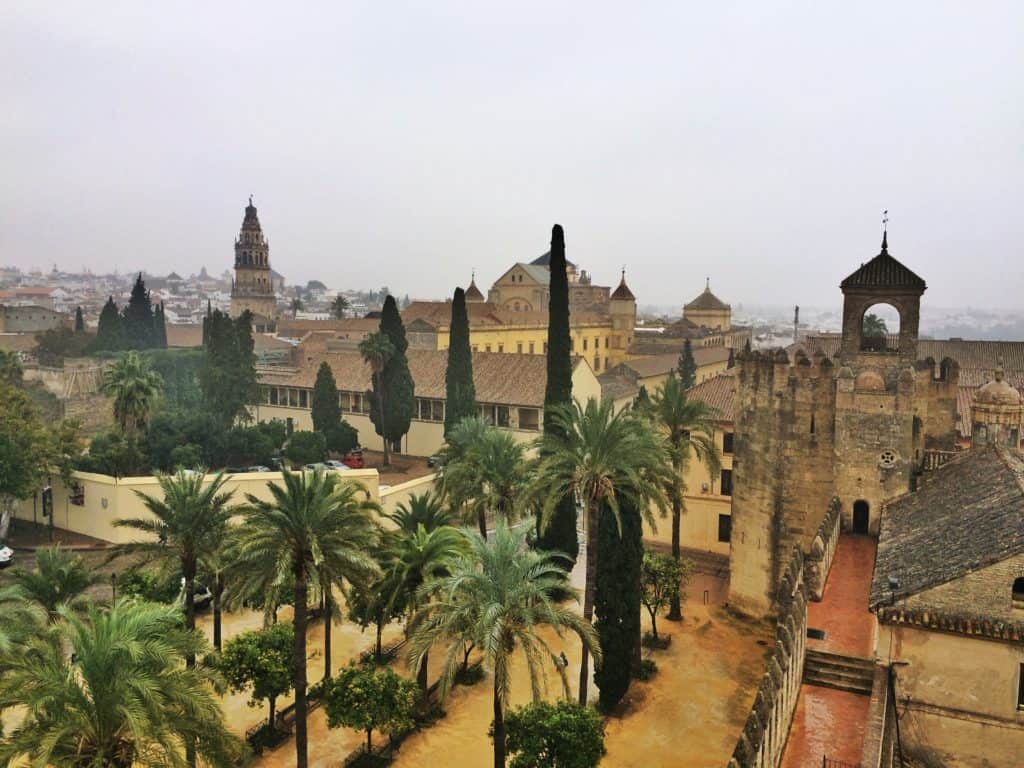 Stroll the gardens of the Alcázar 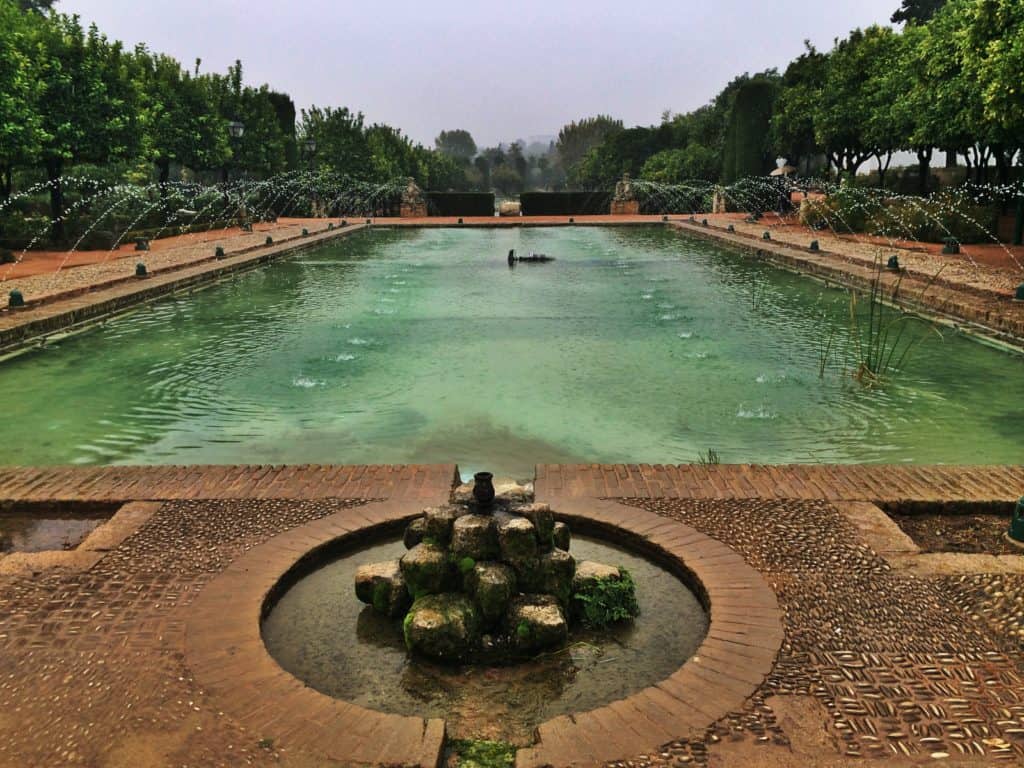 Another structure with Moorish influence, the Alcázar de los Reyes Cristianos is a castle known for its lush gardens baths, and towers. In its history, the Alcázar was used as a fortress and defense in civil wars and a prison. Now, this expansive property and important piece of Spanish history draws tourists from all over the world. Some of the best views in the city can be enjoyed from the Alcázar’s towers.

It was a cold and rainy day when I went exploring in the Alcázar, but the grey skies added to the dramatic feel of this castle. I strolled the walkways and marveled at the gardens and flowers imagining what life would have been like in Córdoba during the Reconquista.

Walk across the Roman bridge 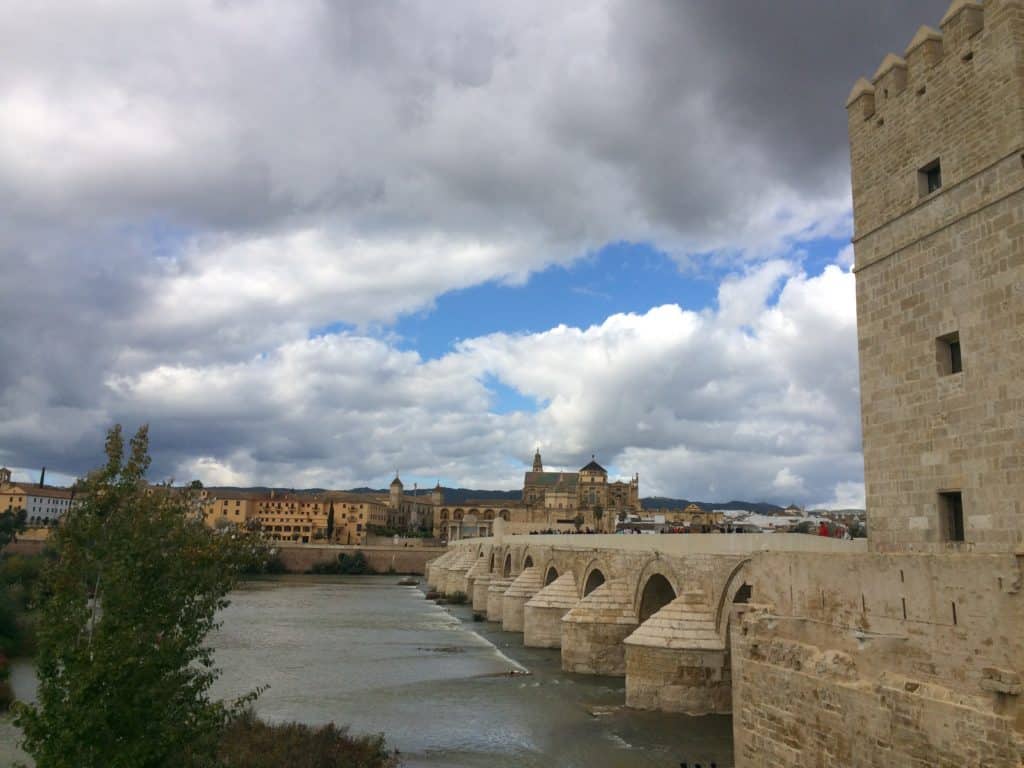 The historic center of Córdoba is best discovered on foot. I walked around in circles and took every turn possible so I could see everything this city had to offer. One of my favorite walks was across the Roman bridge. Though it was originally built by the Romans, this bridge was also reconstructed by the Moors and yet again is characterized by its arches. Another stunning view of the city can be seen from across the bridge.

Eat the tapas and drink the craft beer 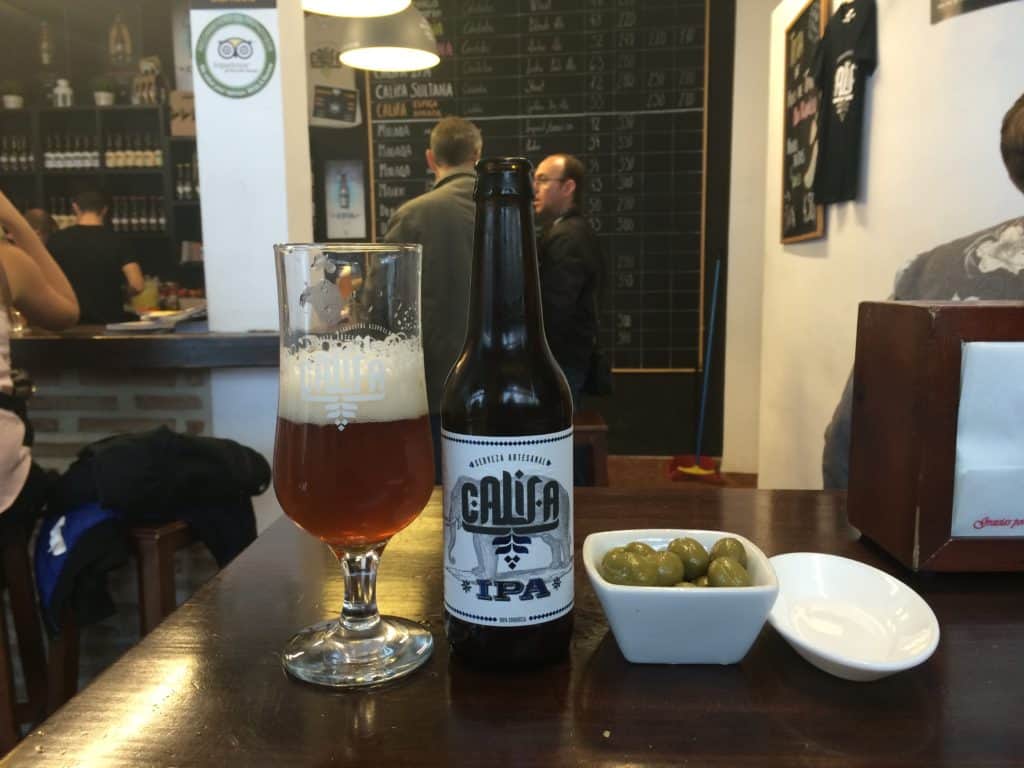 Tapas are a part of life for Spaniards, specifically those from Andalusia. The concept of tapas originated as a free snack to nibble with your drink. The small plate it was served on was used to cover drinks to keep from attracting flies. Now tapas culture is prevalent in all parts of Spain, but it’s best to experience in Córdoba, the heart of Andalusia.

Córdoba’s first craft brewery was the perfect place to find refuge from the rain after an afternoon of sightseeing. The owners so friendly and gave me a quick behind-the-scenes tour of the brewery. It didn’t hurt that I sampled every beer they had on tap and got to eat all their tapas for free! Andalusian Spanish food is some of my favorite; the salmorejo cold soup in Córdoba is a must! 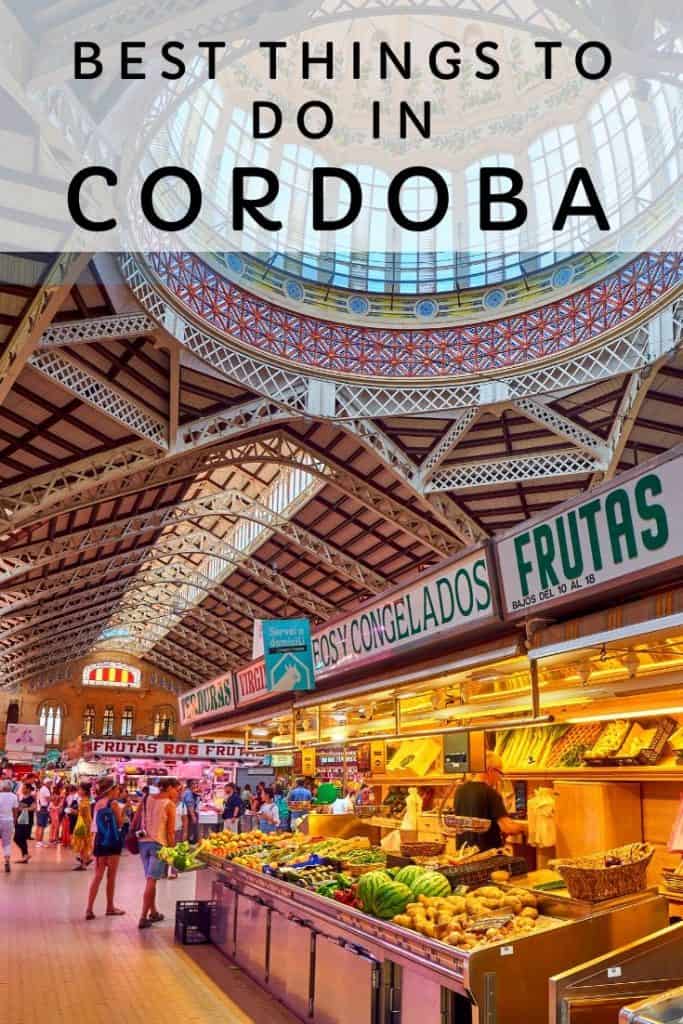 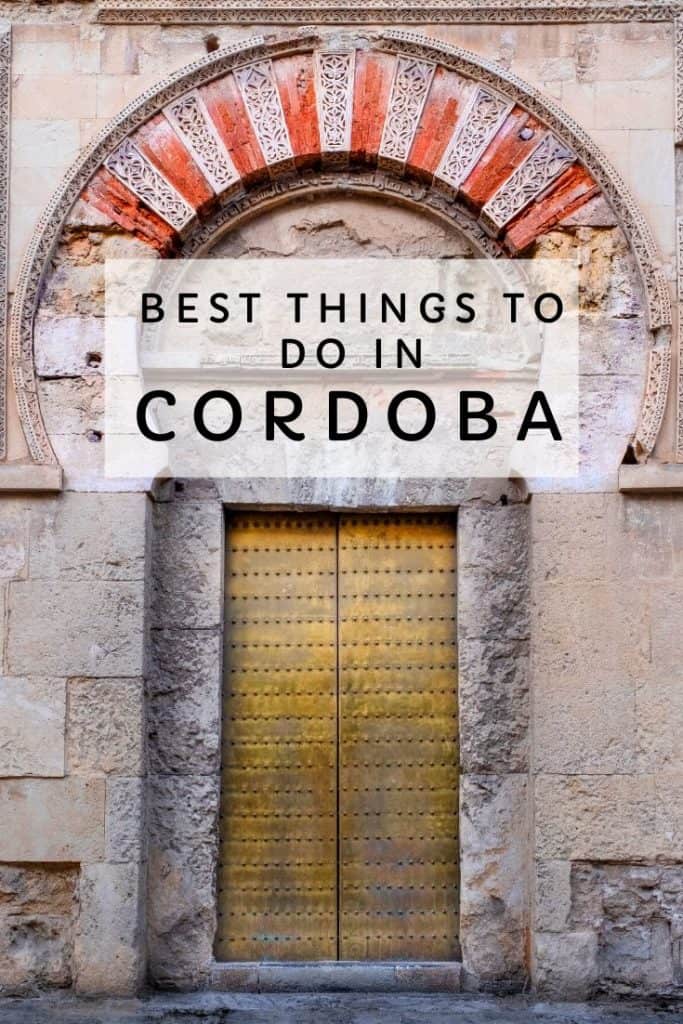 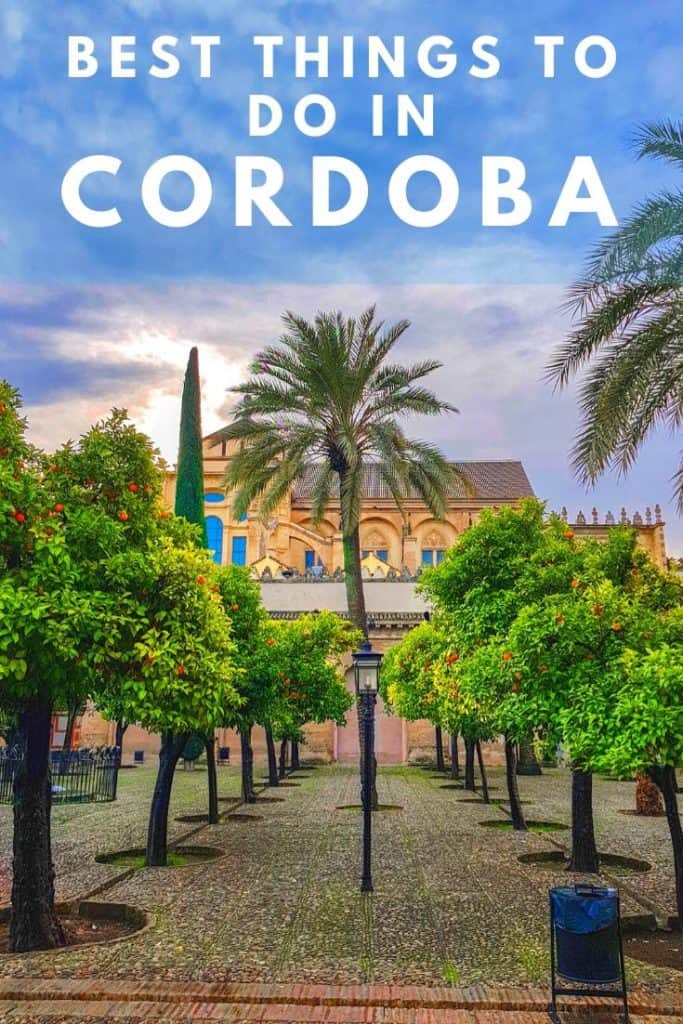 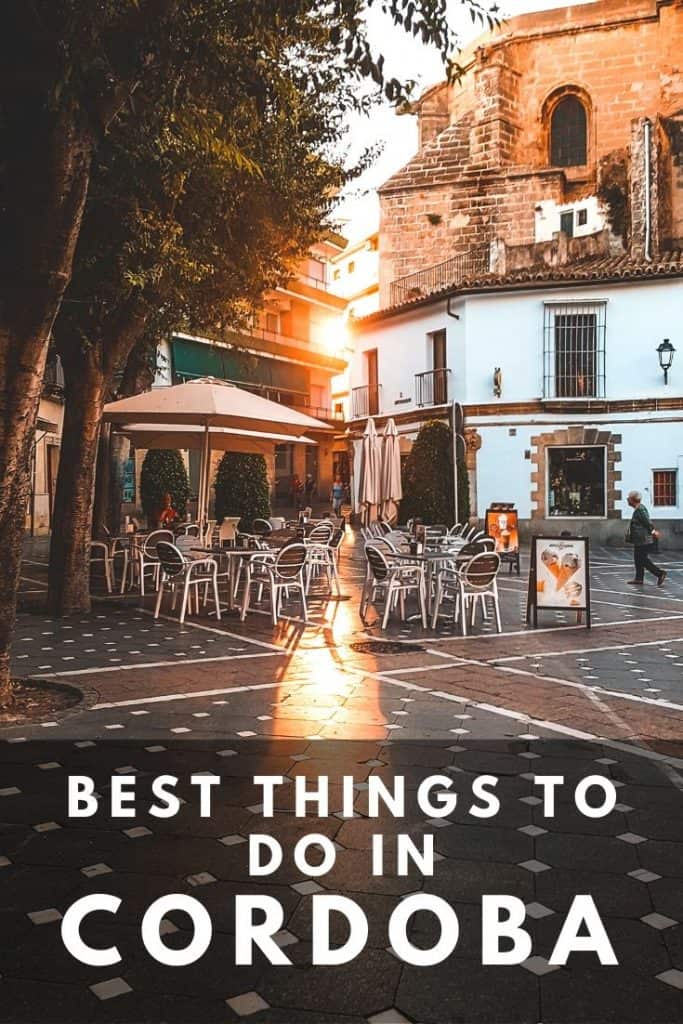 Best things to do in San Sebastián on a weekend trip

2 thoughts on “5 Things to do in Córdoba, Spain”