Skip to content
Home » Blog » 13 Reasons Everyone Should Travel

My thanks to the Huffington Post for allowing me to blog for them. This is the first blog that I did for them: My HuffPost blog and this is my profile on their website. I should be posting something up there every couple of weeks.

On my forty-first birthday in late 2008, I left Fayetteville, Arkansas on a quest to make it around the world in a year without making any reservations or taking a single airplane. Sixteen months, forty-four countries, and six continents later I succeeded, and though I was forced to violate the ‘no reservations’ rule a couple times – I never left the ground.

I thought I’d share some of the reasons everyone should get out there and see some of the world, along with a few pictures from the trip:

1) To See the Man-Made Wonders of the World 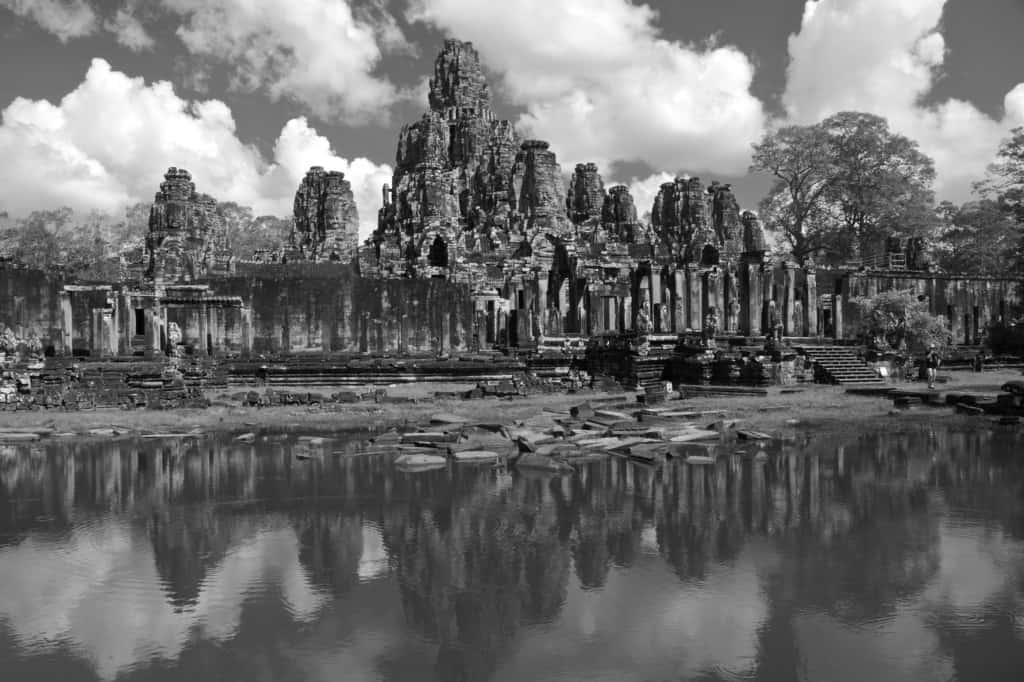 The truly amazing thing about the world is how many stunning things there are to see. https://www.goseewrite.com/2010/04/photo-of-the-day-angkor-wat/. Mayan ruins in Mexico and Guatamala. The Pyramids and the Valley of the Kings. Manchupiccu. The Coliseum. The Great Wall of China and the Forbidden Palace. The sights are plentiful and all I can say is that most of the ones I have seen, including those listed, are spectacular. The lengths and efforts put forth by mankind over the centuries to impress others certainly did so in my eyes, almost every time.

2) To See the Natural Wonders of the World 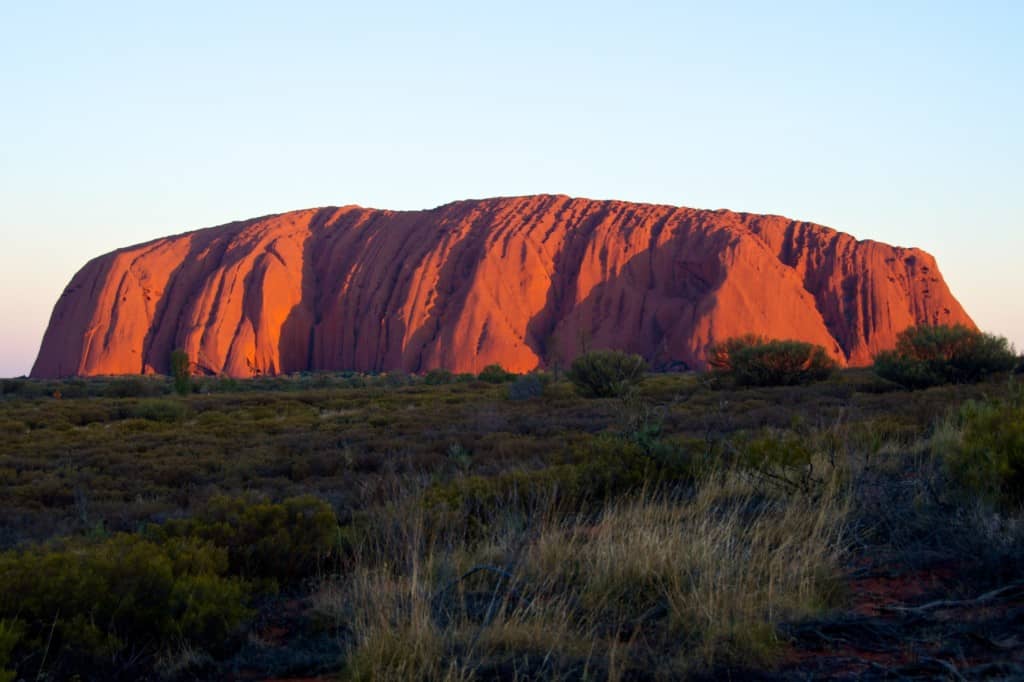 In addition to what our ancestors put on this planet to amaze and awe, the planet itself has managed to come up with scores of its own wonders independent of the hands of man. Uluru and the Great Barrier Reef in Australia. The Blue Hole in Belize. The massive dunes of the Namib Desert. The Dead Sea. The Badlands in South Dakota. The Okavango Delta. Ngorongoro Crater in Tanzania. There is a wonder about everywhere you look in Africa, as well as in the national parks right here in the United States. 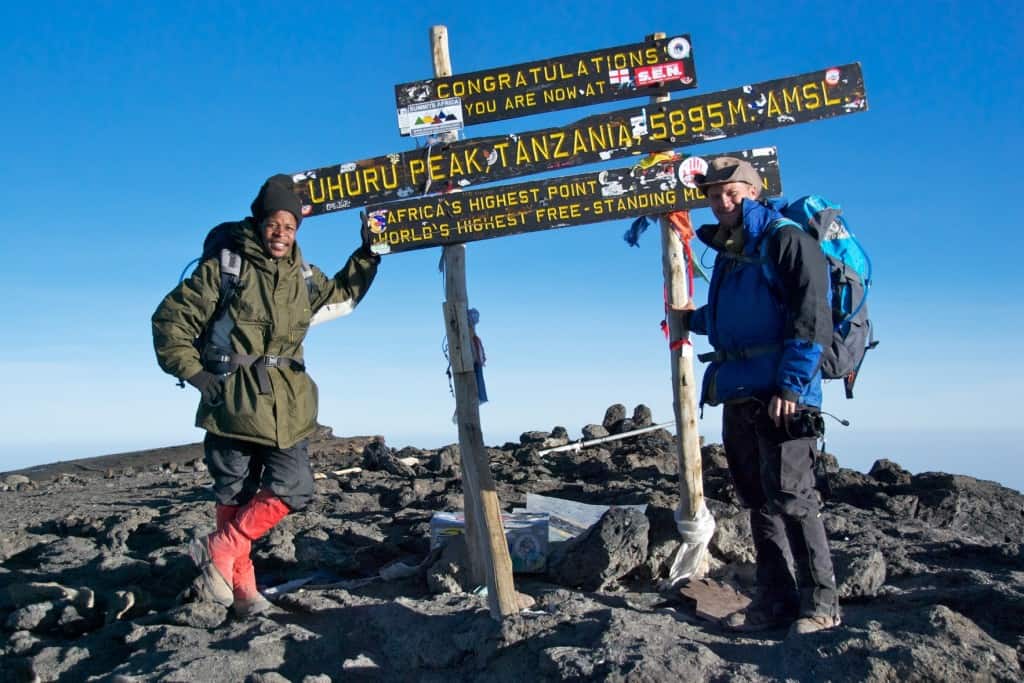 In a massive understatement allow me to say that I am not a mountain climber by nature. Though not a technical climb at all, getting to the top of Mount Kilimanjaro was the most difficult and rewarding thing I have accomplished. Those few days made me look inward and reflect on the kind of person I was and that I wanted to be. Whether it is climbing a mountain, riding a bicycle across Ireland, or taking a multi-day hike over South American glaciers, there is a world of challenge out there for you, and perhaps you too will have a better understanding of yourself afterwards.

4) To Run Up Your First Six-Figure Dinner Tab 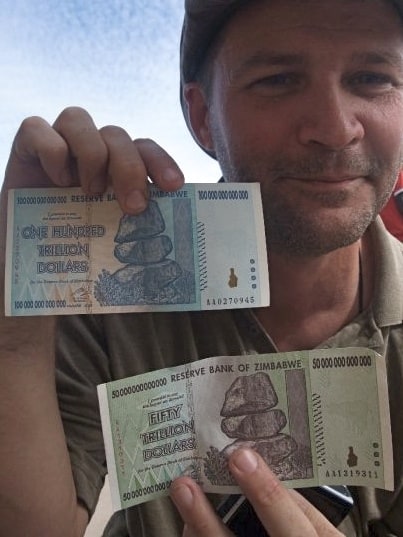 Zimbabwe money, before its use was discontinued

Unless you run with a crowd who are chugging down 1947 Petrus by the case (in which case, invite me next time), you are unlikely to have ever run up a six figure dinner tab. In some countries of the world, you can manage that without too much trouble. One Hundred U.S. Dollars are about 50,000 Chilean Pesos or 425,000 Cambodian Riels or 151,000 Tanzanian Shillings or 490,000 Zambian kwacha. During a casual dinner with about a dozen friends in Livingstone, Zambia, we almost made it to a million kwacha – and we paid with five different types of currency, after the waiter brought a calculator to compute the various exchange rates. Added bonus: your bank balance on ATM printouts. You are a millionaire. 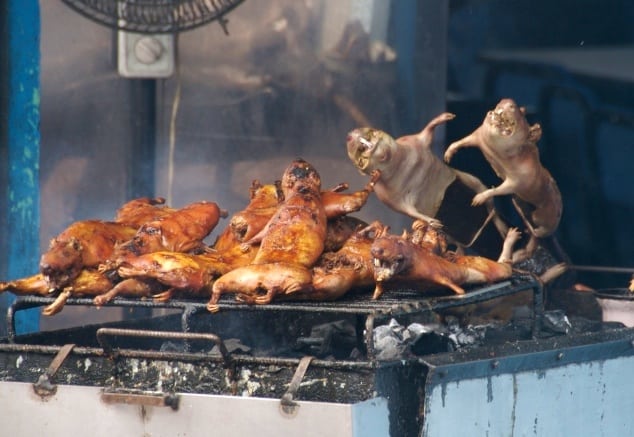 I am pretty open to most any type of food. I would have tried this particular dish, which is cuy, known to us in the States as guinea pig, but after asking a dozen people if they liked it, the verdict was 12-0 against. I tried fried grasshoppers in Mexico on someone’s advice – bad advice in hindsight – and some things in Africa I couldn’t identify but I simply couldn’t pull the cuy trigger in the face of universal scorn. I regret it and my temerity with be corrected in the future. On the other hand, I fell in love with dumplings in China and would eat them every meal right now. Ceviche in Peru. Falafel in Syria. Kudu steak in Namibia. I’m getting hungry just thinking about it all. 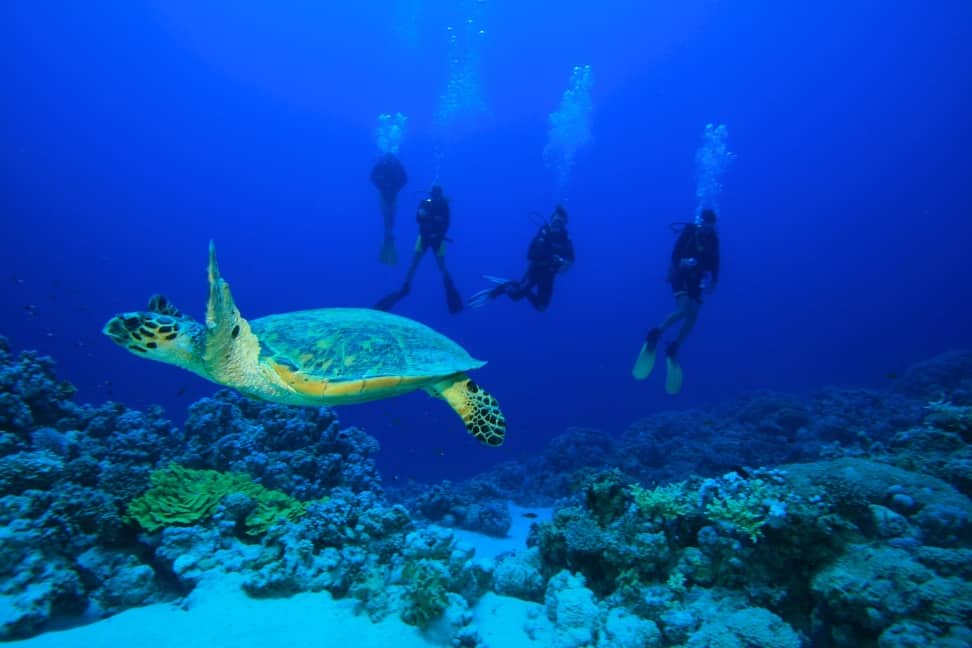 at 20 or so meters down in Dahab, Egypt

The Red Sea has been the highlight of my limited scuba diving experience. On this day, we were down about twenty meters, rounded a corner and came upon this huge turtle calmly nibbling on some coral. I had no idea turtles dove that deep to eat. That the experience was completely unexpected made it even more memorable, as was the image of a local getting on my bus in Ethiopia with a live chicken in one hand and an AK-47 in the other. Or getting picked up hitchhiking in New Zealand by a former British Navy Officer and his wife, both in their 70s, who then invited to their local pub for a few pints and stories. I can’t say this often enough – the world is bigger and better than you imagine and the people… even better than that.

7) To Have Uncaged Animal Encounters 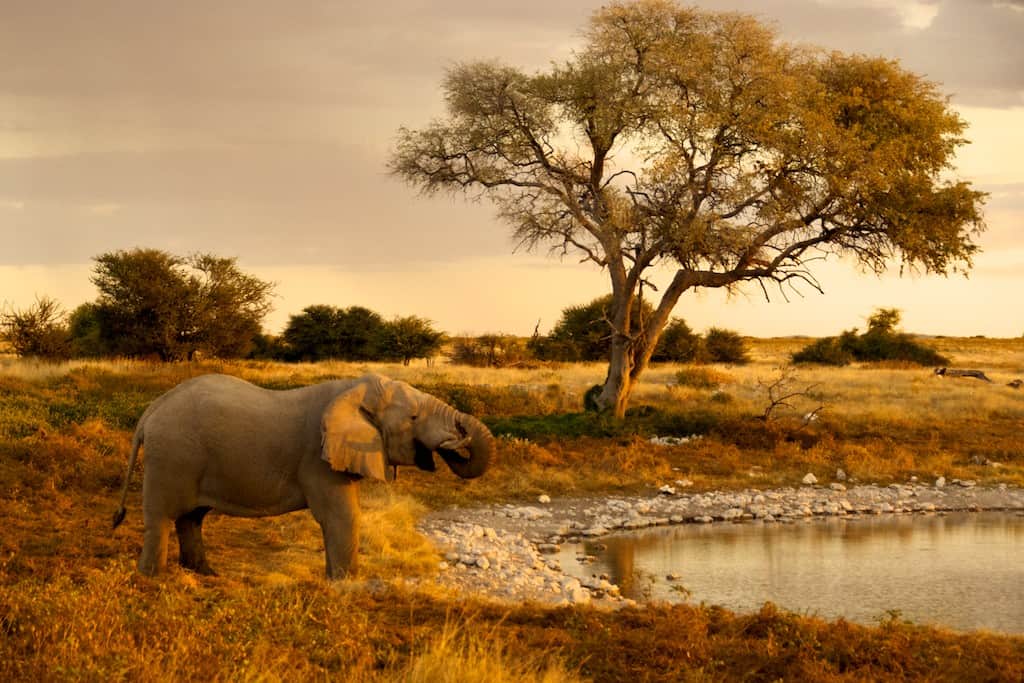 The variety of life to experience out there is plentiful, whether it be looking up in the Colca Canyon in Peru, seeing condors soaring in the thermals or having dolphins play in your sailboat’s wake in Australia or seeing a horde of zebra, kudu and giraffe at an African watering hole. It is still possible to see animals being animals, without seeing them caged up in a zoo. And perhaps seeing how these magnificent creatures in their natural environment will prod you to encourage others to take up the cause of their preservation with a little more fervor.

8) To Find the Best Sunset or Sunrise 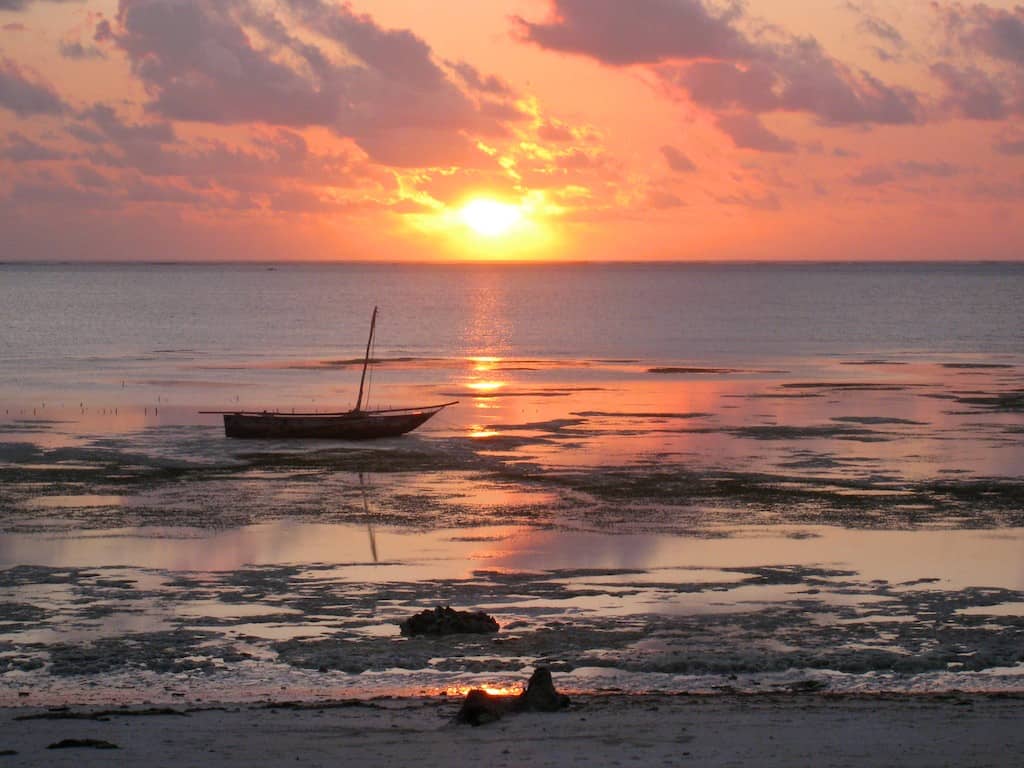 Sunrise over the Indian Ocean, Zanzibar

Little can put me at peace more than quietly watching the sky and broken clouds explode in color as the sun dips below the horizon. Or the total calm of a sunrise, here over the Indian Ocean on the island of Zanzibar. I am on the quest for the world’s best sunset or sunrise. Luckily, many of the best I have witnessed have been located near beaches that rival the sunsets in beauty. This is a quest worthy of a lifetime’s effort in my opinion.

9) To Get a Foreign Adrenaline Rush 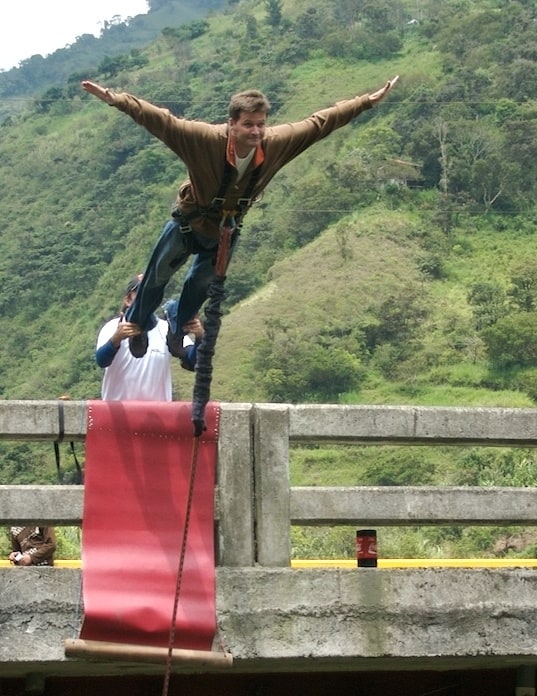 The person who just strapped a few bungee cords to your ankles has his hand on your shoulder as you shuffle up to the edge of the bridge a few hundred feet above the river below and says “I’m going to say three, two, one, bungee – just jump as far as you can – or your friends back there are going to never let you hear the end of it.” Jumping out of a plane over the glaciers of the South Island in New Zealand. Cage diving with great white sharks in South Africa. White water rafting the Nile in Uganda. Or simply crossing the street in Cairo or trying to buy a bus ticket at the Dar es Salaam bus station. There are plenty of experiences out there that will get your heart racing.

10) To Witness the World’s Great Religions in their Homelands 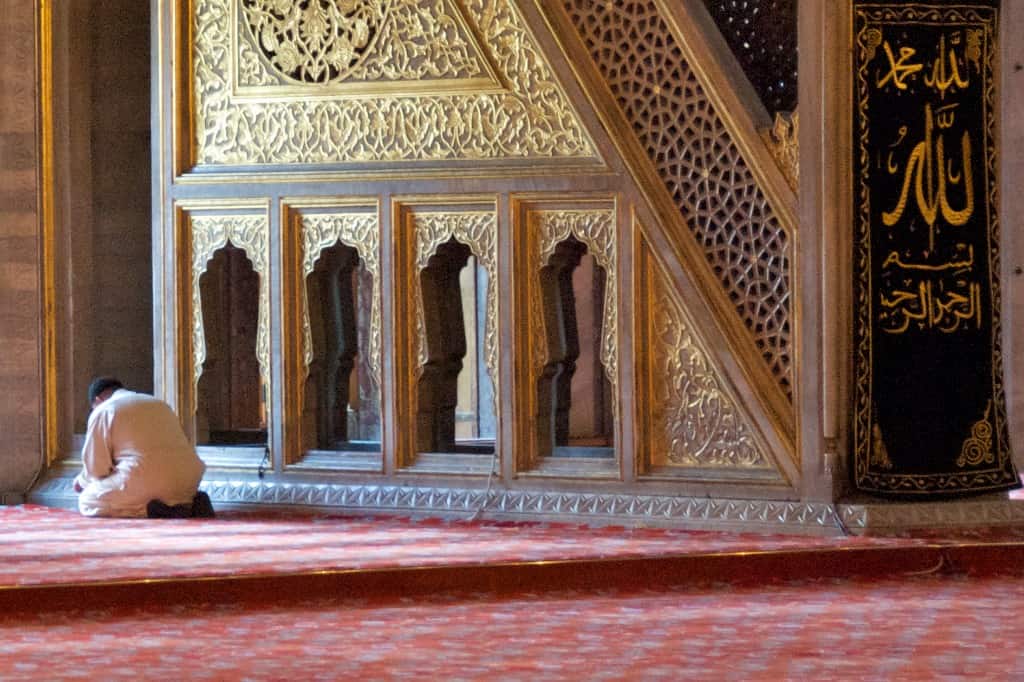 You are not likely to forget the first time you are woken by the Muslim call to prayer. Mine was in Stone Town on Zanzibar. It was hauntingly beautiful and such a wonderful way to awaken, even at 5:15 a.m. Because I was traveling overland and would have had major visa issues, I wasn’t able to go to Jerusalem, but I can’t wait to go and see the cradle of the monotheistic religions. Add some time in India and Tibet learning about Hinduism and Buddhism and I better get going soon.

11) To Cook with the Ingredients of the World 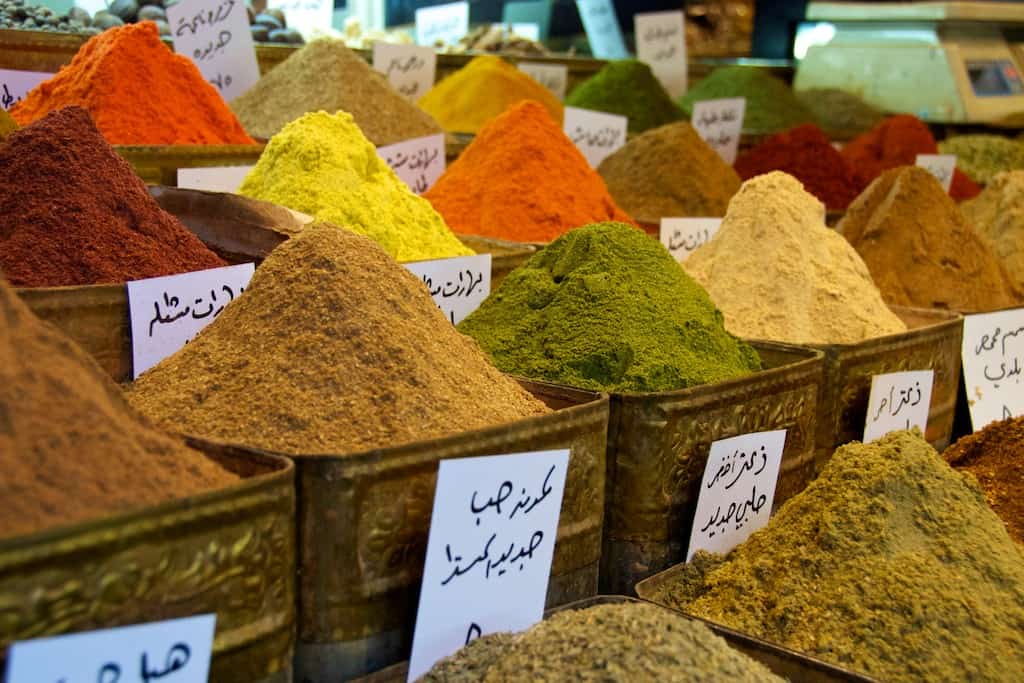 Food and cooking have blown up in popular culture in the last few years by the advent of celebrity television chefs and channels devoted to cooking, but we still have much to learn from the rest of the world. Try taking a cooking class in Chaing Mai, Thailand or in Shanghai. Or see if you can hook up a homestay in Peru or take a guided camping trip through the Sinai and pick up some cooking tips from the locals as they cook over an open flame. There are more new and interesting dishes out there than anyone will have time to sample in a lifetime. 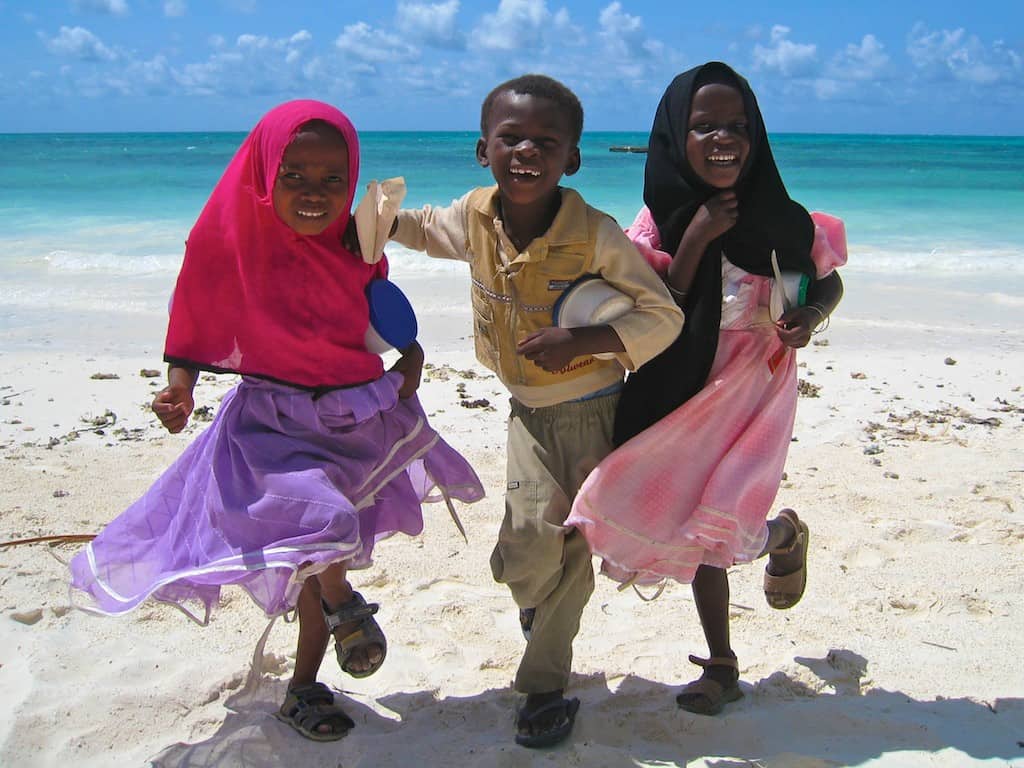 Perhaps the one universal truth I experienced on my trip was the joy of life in children’s eyes. This particular picture is one of my favorites – I made the camera motion with my hands to ask kids on a Zanzibar beach if I could take their picture. When I looked up after pulling it out of my pocket, they had spontaneously broken into dance. On down days, merely closing my eyes and thinking of how much happiness I saw ‘out there’ brings a smile back to my face.

13) To Encourage Others to Get Out and Travel 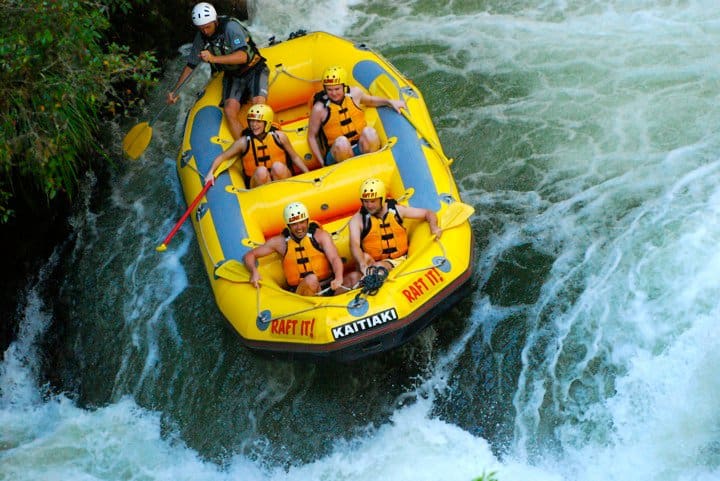 Let’s face it – we are all in this together. In today’s times, the world is interconnected at a level unimaginable a decade or two ago. Travel offers an opportunity to see this first hand and hopefully will spur further understanding and tolerance of those things that make us different and that make us the same. Plus, there is simply great fun to be had. So get out there. See a slice of this big, wonderful, spectacular, extraordinary planet.

31 thoughts on “13 Reasons Everyone Should Travel”