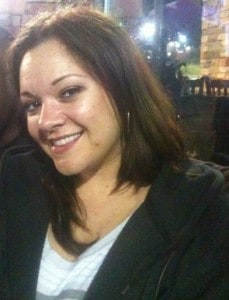 I had the chance to finally meet Diana in person, when I went through Vegas months ago on my way from California back home to Arkansas. We went out for drinks with Abby, the Jungle Princess, and had a huge time. She’s hilarious, fun, and has a ton of energy.

Which are all adjectives you could use to describe her website and her attitude on Twitter. She’s done a good bit of exploring in traveling in some places I have yet to hit, like the Balkans, and she brings a completely unique perspective (and some wildly crazy stories) to her posts. 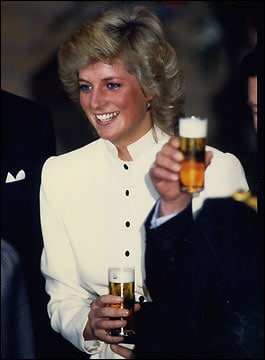 not easy finding a pic of Di’ with beer…

1. dead historical figure you’d most likely want to hoist a pint with?

That’s a tough one! I would love to have met Princess Diana (and it has nothing to do with us sharing names). She just seems like someone I would have loved to have enjoyed a drink with and a nice long chat.

2. when is the last time you got sick?

I had done pretty well not getting sick … until two weeks ago. I got a nasty little case of Strep Throat. What’s worse was I was out of town with some friends for a girl’s weekend and woke up the next morning with a fever. It was miserable. Of course, I don’t have a doctor out here yet, so I had to hop around until I found a clinic that wasn’t too crowded to get treated. For anyone that knows me, they know I don’t do sick well. At all.

3. you live in one of the best tourist cities in the world – give us a one paragraph “why living in Vegas rocks”?

For one thing, the cost of living in Las Vegas is significantly less than in most other cities I’ve lived in (or thought of living in). I did an entire post on why I love living here, but to make a long story short, I love it because (even though I don’t go to The Strip except when I’m working) there is always something to do, people I love are always in town, the beach and mountains are a quick drive, the sun shines a lot, and the landscape is just magnificent. Waking up to see palm trees, blue sky, Red Rock Canyon and snow-capped mountains every morning just makes me a happier person.

I don’t even need to make a joke…

Robert Pattinson. NO judging.I don’t think he is a good actor, but for some reason I still give him the benefit of the doubt in every movie he is in and hope it will turn out different. It never has, but maybe one day he will surprise me. Plus, he looks good when he is all sparkle-y. (I kid, I kid.)

When I was three or so, my parents promised my brother who was an infant and I we would go to Dairy Queen for dessert. Well, we never made it because my brother toppled down the stairs in his walker. We went to the emergency room. My parents were a wreck, but not me. I was pissed we were there. I turned to the woman on a bench behind us and asked her what time Dairy Queen shut because I really wanted to go there. That’s my first memory. What a brat! I swear, other than that, I was a super sister.

6. Worst grade you ever got in school, and in what class?

D. Geometry. I never did well in Math. The second time around, I got a much better grade.

This just happened recently. I was at a bar with my friend and a guy came up to her and told her he would like to buy her a drink, but since she was with another guy, instead he would settle for saying “hello” and drop his business card. A little bit later, he stopped me and he we chatted for a moment about my friend. Then, he decided he liked me, too. He actually said to me “Do you think I could get your number? I know I hit on your friend, but that was before I met you. Now, I like you.” Yeah. He went home with at least two strikes that night.

I know this will sound odd, but I have never lied in a huge way to my parents. Maybe it’s the Jewish guilt in me, but I just have never been able to pull one over on my parents. And, if I did (like back in high school), I fessed up real quick. Plus, my mom is one of my best friends. I tell her nearly everything! 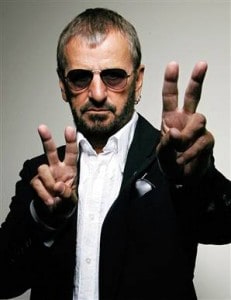 Ringo. Mostly because I like to pick the people the majority wouldn’t pick.

10. Most overrated country or location you’ve been to in your travels?

I am sure I am going to get some heat for this, but Dubrovnik, Croatia. I LOVE Croatia and Dubrovnik is beautiful, but it was so overly hyped by other travelers that when I got there, I expected angles to be singing in my ears and it to be a little “slice of heaven” as people had described. What I found instead was an absolutely beautiful location, but very touristic with higher prices than the rest of the country. Plus, there was no way I could have spent a lot of time there. I did the walls of the city, hit up the center of town, walked up all of those stairs, even took a trip down to the beach … and still was a little underwhelmed. I think if you have a lot of money, then it is a great place to go to just chill out. But, as a backpacker, I would rather head up north to Split.

11. Travel book you most wish you’d “lived through.

Right now, I am reading “The Lost Girls“

and they go to some great places — all of which I would love to visit!

12. What question would most likely get you to laugh or cry if asked on live TV?

What are you most thankful for? That’s a loaded question for me and even thinking about it makes me all teary.

13. What question do you most fear from St. Peter at the Pearly Gates?

Well, I am Jewish by birth and don’t think we believe in St. Peter. Do we?

12 thoughts on “Interview with Diana of DTravelsRound: Lucky 13 Questions”