Skip to content
Home » Blog » 5 Things To See In Hollywood

Hollywood is an area that is at the heart of the movie culture in Los Angeles, and while it may not have as many production companies based in the district as there once were, it is still where many of the most important events and celebrations take place. The name is known around the world and is widely acknowledged as the home of the entertainment industry in the United States, which has led to the area having a quirky and vibrant atmosphere that is truly in love with showbiz. There are plenty of things to see in this part of LA, and it certainly isn’t a place to be missed if you are heading to this part of the West Coast.

The Hollywood Walk Of Fame

This two kilometer stretch of pavement runs along Hollywood Boulevard and Vine Street, and commemorates the achievements of over 2,500 individuals and groups that have contributed to the entertainment industry in the United States. The pink stars are set in black flagstones with gold writing, and their distinctive and memorable shape has an icon depicting one of five categories in which the named individual has succeeded. The first group of inductees were chosen in the mid 1950s, and included influential people such as Cecil B DeMille and Walt Disney, and has been growing ever since. 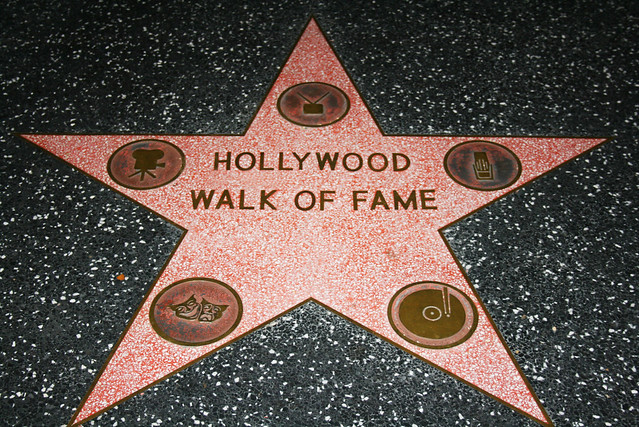 This series of large white letters that spells out Hollywood is located on a hill overlooking the district, and is such an icon of the area and the movie industry that it is often copied and satirized. But it’s also a site that has stood the test of time. Originally devised as a marketing tool for a housing development called Hollywoodland in 1923, the ‘land’ part of the sign was removed in 1949 when the site was taken over by the local Chamber of Commerce. There are two viewing points from which the sign can be viewed, although there are still people who do travel through the suburbs in which the sign is located to get as close as possible.

Located in the hills above Los Angeles and starting from the Sepulveda Pass area of Hollywood, this two lane road is one of the best known in the United States, and was immortalized in the film of the same name directed by David Lynch. The views back over the city are remarkable, particularly in the evening when the sun is setting, and it is also a good place to enjoy the view of the Hollywood sign. Many of the most expensive and luxurious homes in the country are also located along this road, with several big Hollywood stars owning homes here.

At the heart of Hollywood Boulevard and the venue for many important movie premieres, this distinctive historic cinema has been entertaining movie fans for nearly 90 years. Many of the stars who have seen their movies playing there have also set their hand prints in concrete blocks that are displayed at the front of the Chinese themed building, while it is also home to the largest IMAX auditorium in the world, and is also the third largest cinema screen in North America. 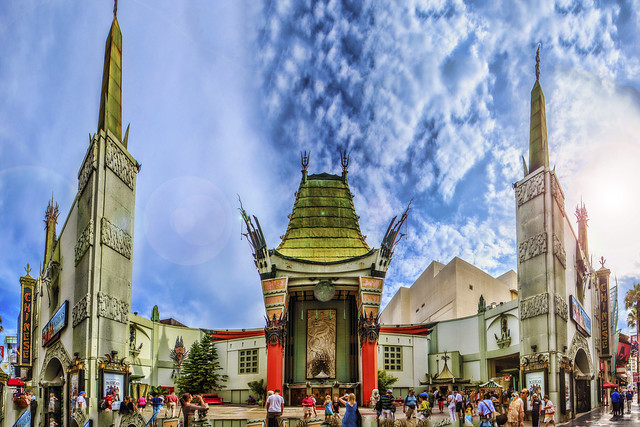 This tower is one of the most memorable and distinctive buildings in Los Angeles, and while the designer chose to use a round shape, it is purely coincidence that the home of Capitol Records bears more than a passing resemblance to a stack of records. On the south wall of the building there is a huge mural that depicts some of the stars that played jazz for the company between the 1940s and 1970s, which is well worth seeing. The flashing light at the top of the building can be seen from many places across the city, and the flashing pattern spells out ‘Hollywood’ in Morse code.

Where to Stay — StayON Beverly

While travel blogging often gives me plenty of opportunities to explore the destinations and countries that interest me, there are still the occasional meeting or event that I need to attend, and this was why I was looking for a place to stay in Los Angeles. Just a mile from Santa Monica Boulevard and within easy reach of the areas I was going to be visiting, the location of StayON Beverly was perfect.

The key selling point for StayON Beverly is that they offer private rooms with some shared facilities with prices that really can match those offered for many of the dorm room beds available in the city. This balance between price and privacy is perfect for me as a travel blogger, as I often find that social rooms can make it a little challenging to focus on my work, while the private rooms here were ideal for this.

The Attractive Features Of The Hostel

For me personally, one of the best and most important features that the hostel offered was free high speed wireless internet access, and unlike many places that just advertise high speed internet access, here they actually mean it. The fact that the private room is also a part of the package helped to make this more attractive, and one of the impressive features is that all of the rooms actually have a large memory foam mattress, which helped me to get a good night’s sleep too. The clock radio and the iPhone docking station was also a nice touch that helps this hostel to feel more upmarket than the price might suggest.

The Middle Ground Between Hostel And Hotel

The trade off when it comes to staying with StayON Beverly as opposed to a full hotel with en suite facilities is that the showers here are a shared facility, but this really is quite different to staying in a hostel dorm room. I also found that the showers are of a really high standard, and the soothing power shower was a great way to unwind after a day of meetings in LA. While it isn’t really my favorite city, this hostel with private rooms really does tick many of the boxes, and while I was staying in the hostel for business, its proximity to Hollywood means it would be just as useful for tourists coming to the city.

How to enjoy the best activities in Los Angeles

Spending A Great Week In Hollywood

3 thoughts on “5 Things To See In Hollywood”