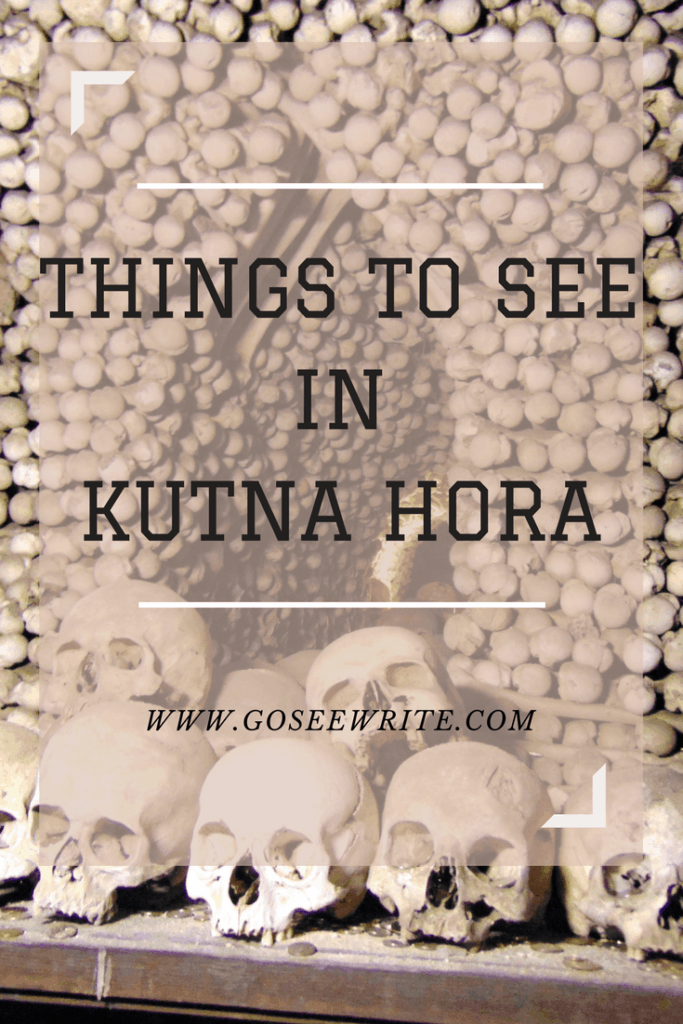 If you’ve read any blog posts of mine lately, you know that I’ve spent quite a bit of time in Prague and absolutely love that city. I’m not used to staying in one place for too long so it was nice to be able to stay in Prague and still travel around to nearby places.

One of the best things about winter in Europe is being able to travel places that would normally be swarmed with people and have them all to myself. Whether you’re going during the busy season or bundling up for a winter adventure, there are quite a few reasons to make Kutna Hora one of your stops in the Czech Republic.

There are so many great day trips to take from Prague by car, bus, or train. I went to Kutna Hora by train and it’s only 80 km from the main train station in Prague. 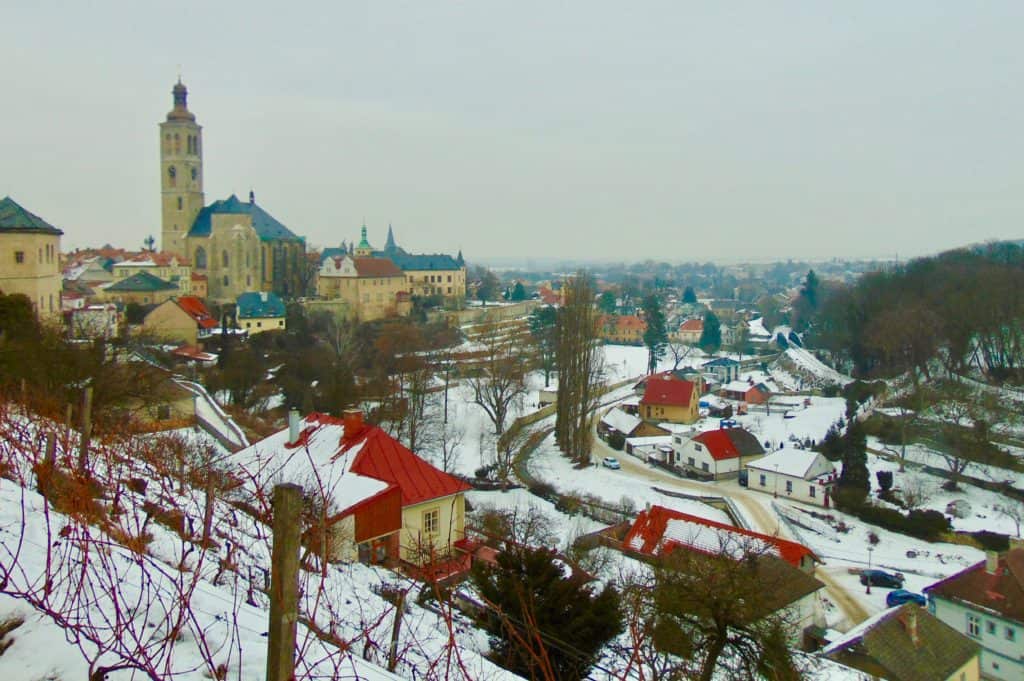 View of Kutna Hora and vineyards

The only reason I knew about Kutna Hora was from hearing about the bone church. My advice would be to stay away from the guided tours that take you there. You’ll end up spending a lot more money and you absolutely do not need a guide when you have an information sheet in hand and the internet for all unanswered questions. 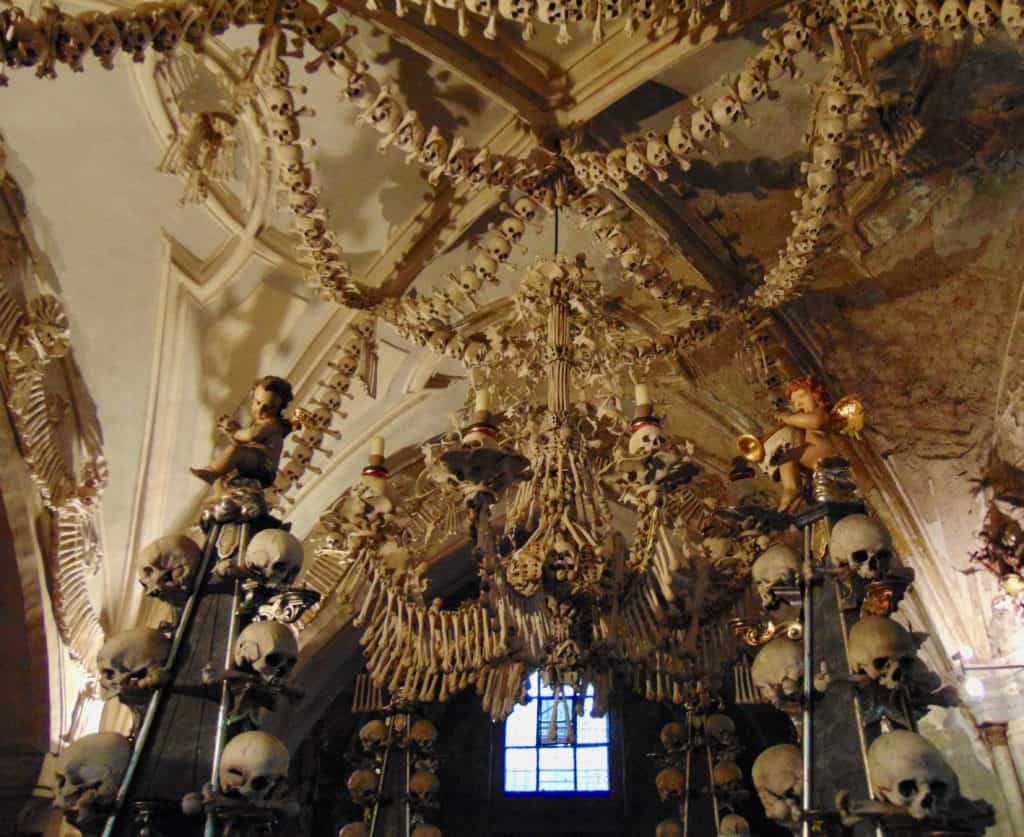 The Sedlec Ossuary is one of the twelve world heritage sites in the Czech Republic attracting over 200,000 visitors each year. Adorned with the bones of roughly 40,000 people (adorned is a funny word to use for decorative human bones, don’t you think?), the chapel can certainly take one by surprise or, more likely, give the heebie jeebies. I’ve been to the Catacombs in Paris so I strutted in thinking I wouldn’t be phased. That was mostly true until I saw some workers digging up a full skeleton right beside the chapel door.

Yes, I took a picture.
Yes, I’ve regretted doing so ever since.
Yes, I’m pretty sure I’m cursed now.

Although most people hear of Kutna Hora because of the bone church, it is actually the most historically significant town in the Czech Republic and Medieval Bohemia and is on the UNESCO World Heritage list. The town was extremely wealthy due to the silver in the area which was discovered in the 13th century. In the 16th century the silver mines were depleted and, as you can imagine, the wealth and status of the town took a bit of a nosedive. 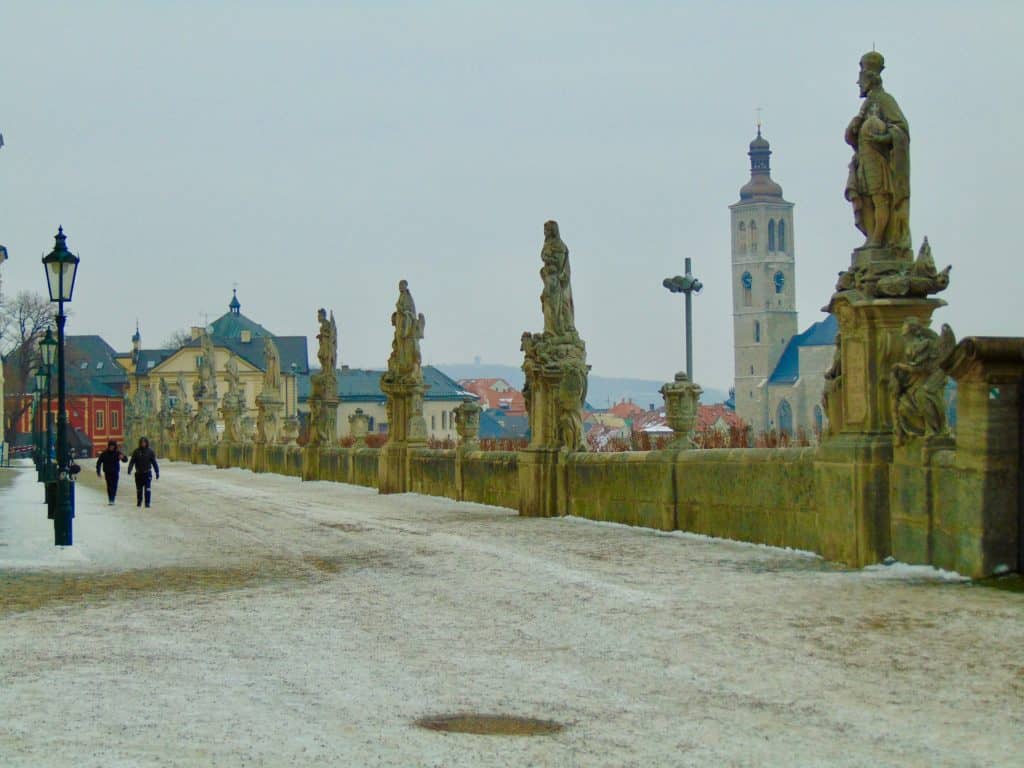 Today, you can visit the Czech Museum of Silver to learn the history of the people, the silver, and the coins.

I’m from Canada and am well aware that Canada is just a baby. It’s never more obvious to me how young we are as a country than when I travel and see some really old stuff.

A few really old things in Kutna Hora are: 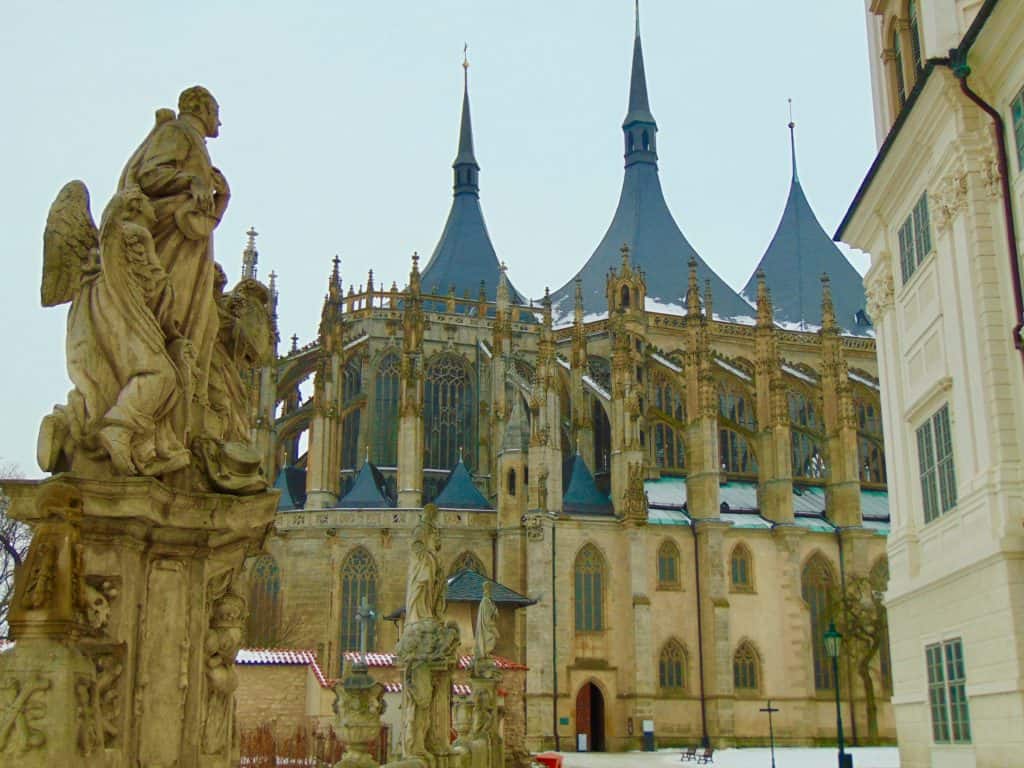 I only spent a few hours in Kutna Hora but considering the cheap train tickets, short train ride, and everything I saw and learned, it was definitely worth the trip. Although the town nowadays is quite tame, the streets and buildings are filled with history and… maybe ghosts?

Why Everyone’s Talking About Cesky Krumlov